The effort, which feels a lot more like the marketing launch for a movie premiere or a new XBox game, looks nothing like a traditional bank ad campaign. The initiative is focused primarily around a unique, interactive YouTube channel sporting the look-and-feel of a first-person-shooter POV-style online game.

Hosted on a bespoke YouTube channel (a robust, highly-interactive channel on steroids), the social media campaign is built around a loose narrative sharing bits about an elite Kiwibank team whose mission is to help rescue customers from bad banking experiences. 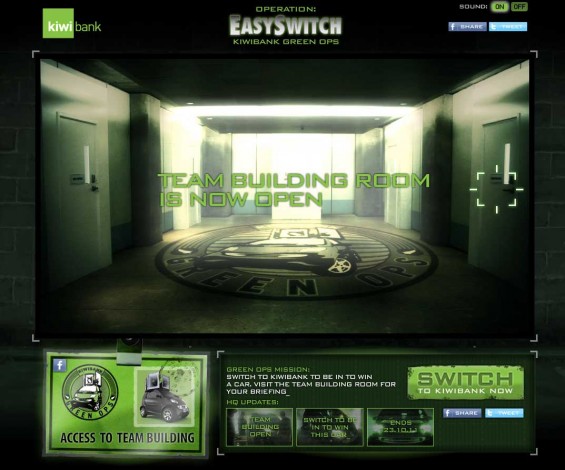 Visitors to the channel can hunt for interactive hotspots where they can find humorous clips encouraging them to switch banks, There is an omnipresent button inviting viewers to click though to a website where they can start the switching process. The channel also incorporates social media features allowing users to share Green Ops with friends on platforms like Facebook.

Green Ops is way more than just a YouTube page. It is essentially an entire microsite hosted on YouTube. Indeed it is by far and away the most sophisticated, elaborate and professionally-produced YouTube effort in the history of the retail banking industry.

If you can’t view YouTube videos at work, you’ll want to check out Green Ops when you get home. It will blow your mind.

Nicky Ashton, Head of Brand & Marketing Communications for Kiwibank, says that the gamification approach of the web site aims to provide a richer and more engaging experience for consumers.

“It’s kind of like ‘Get Smart’ meets the ‘Bourne Identity,’” says Ashton.

Yeah, that… and some heavy doses of Call of Duty: Black Ops. Kiwibank’s effort is called “Green Ops” after all. 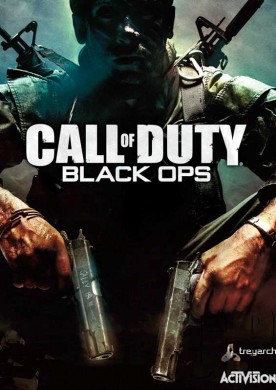 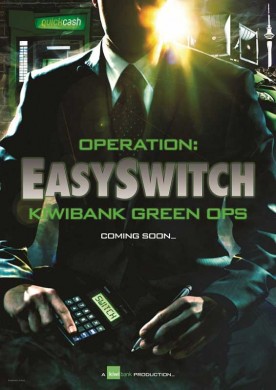 “How many times have you heard a state-owned bank use first person shooter game words like ‘ops’?” asked one advertising critic in his review of Green Ops. “And where you see agents in a secret vault and alarm bells going off?”

“Kiwibank needs to stand out from the competition, so it is our job to continually find new ways to connect with new customers,” Ashton adds.

Easyswitch: Just One Signature and We’ll Do the Rest

“We make banking easy. End of story,” Kiwibank says on its website. “Just one signature and we’ll do the rest.”

“We’ll close the accounts at your old bank and move all your regular payments to your new Kiwibank accounts,” they promise.

The online switching form is simple enough, but it’s really just a conversation starter. You can’t do it all online in one click, so more steps will be required — probably including a trip to the branch. 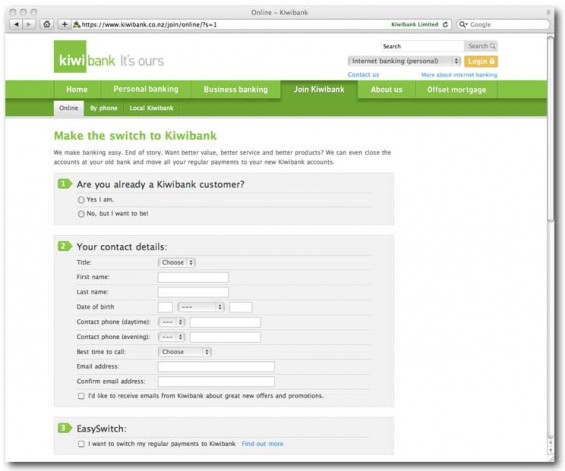 (Tip: If you’re looking for a cool way to give people switching options, click here and check out how they handle the “Switch to Kiwibank” button.)

As part of the spy-ops themed campaign, Kiwibank is giving away a sleek, black Smart Car. A winner will be chosen October 24 from a pool of those who switched to Kiwibank. A lime green Smart Car named “Raymond” has starred as the central character in Kiwibank’s brand advertising for some years now.

The campaign kicked off September 9, and the contest ends October 23, 2011.

So far, Green Ops has garnered some 26,623 video views on YouTube. How many of those resulted in people making the switch? We’ll probably never know.