The ValuesSoapBox.com (below) publishes people’s comments on education, jobs, technology and bottled water. 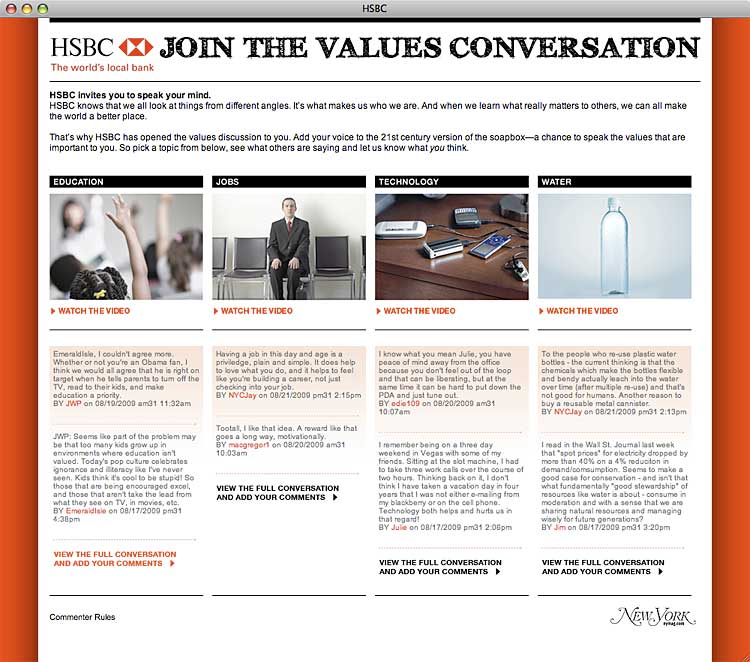 The topics aren’t lightning rods that strike people’s hot buttons (like abortion). It would have been interesting to see what people said about a topical issue, like health care, for instance.

Each section has a video introducing some various points of view on the subject. You can read what other people have said, or leave a comment yourself. There’s no more than 50 comments in any one section, and the frequency of comments seems to be waning.

Reality Check: For such a large bank — the world’s largest — running a full-fledged campaign in a city the size of New York, it’s a little surprising to see so little participation.

Using footage captured from an event held last month in a New York park, HSBC created a series of commercials where people share a range of opinions on issues like immigration, technology and family.

“Why does a bank care about what people value?” asks text superimposed on the screen at the end of each spot. The answer: “Understanding people’s values helps us better meet their needs.”

HSBC has been positioning itself as “The World’s Local Bank” for a few years now. The Soapbox campaign is part of what the bank calls “an ongoing initiative to listen to what is important to people today.”

An editorial in the Wall Street Journal criticized the campaign, saying it is essentially a cop-out to share people’s points of view without taking a stand yourself. “There is no way to make ‘values the core of an advertising campaign while remaining neutral about the character of the content,” wrote Eric Felten. 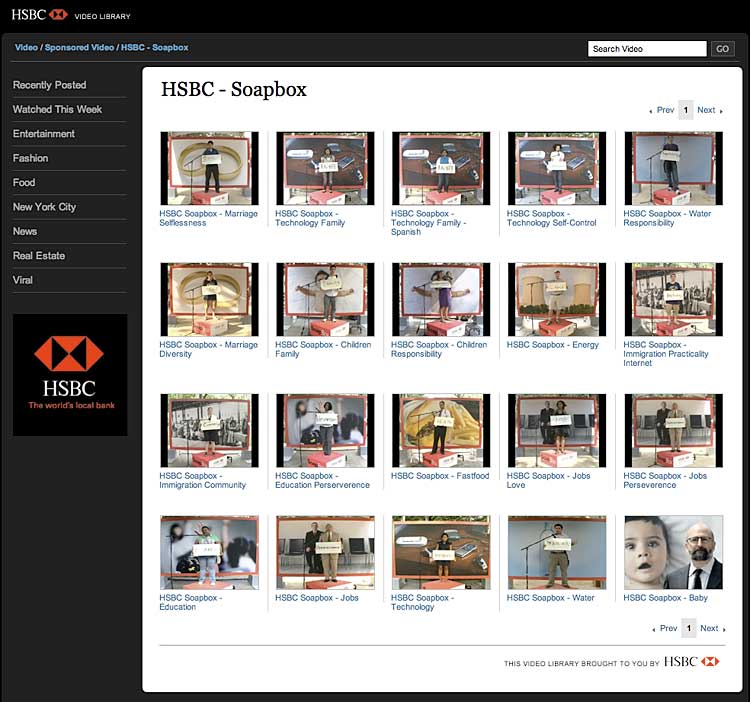