Subscribe Now Get The Financial Brand's FREE Email Newsletter
Using special software to comb through social media discussions, researchers at The Economist find that traditional banks enjoy solid reputations for trustworthiness, safety and being, well … boring. By contrast challenger banks and fintechs get cast in a sketchier light, but consumers crave the financial empowerment features that their accounts offer. 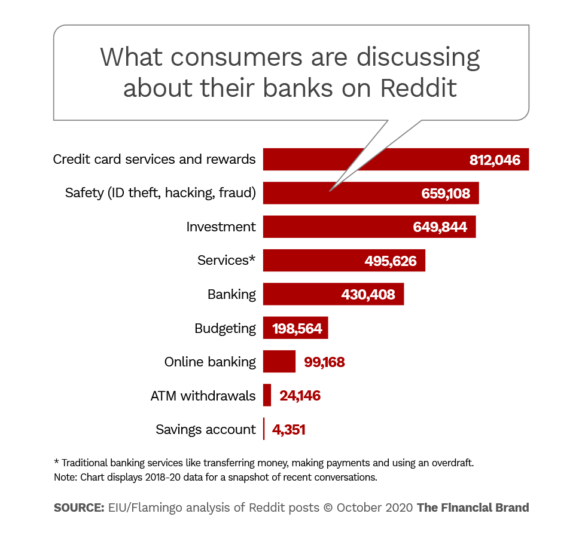 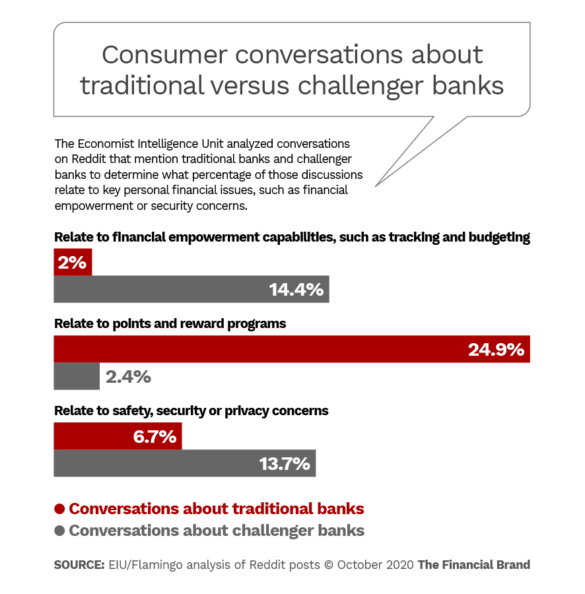