Facebook’s complete and utter dominance of the social media landscape is hard to put into words. To help quantify Facebook’s relative supremacy and put it in perspective, The Financial Brand has created the following infographics.

Facebook and YouTube each reach about 50% of the U.S. population. About one in every eight people are on Twitter, whereas at LinkedIn it’s only around one in 11.

Considering that the vast majority of organizations allocate less than 10% of their annual budget to social media (many allocate $0), the argument could be made that all of it should go to Facebook. If your marketing budget was $1 million, your social media budget would be no more than $100,000. Simply based on each social channel’s relative site traffic, $67,000 would go to Facebook, $18,500 to Twitter, $13,000 to YouTube and only $1,000 to LinkedIn. Pinterest wouldn’t even justify a $200 annual budget. 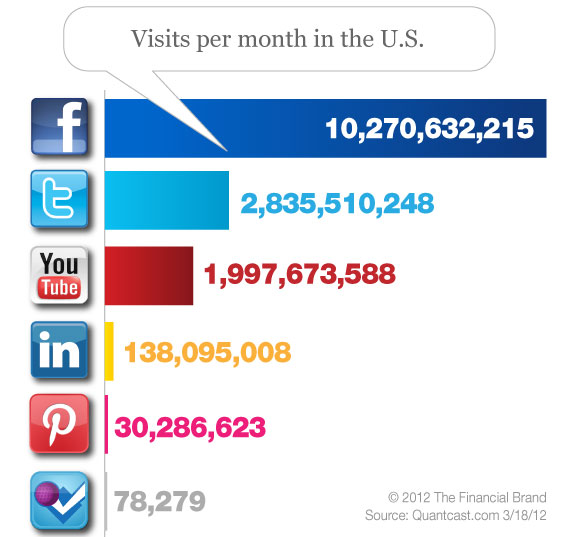 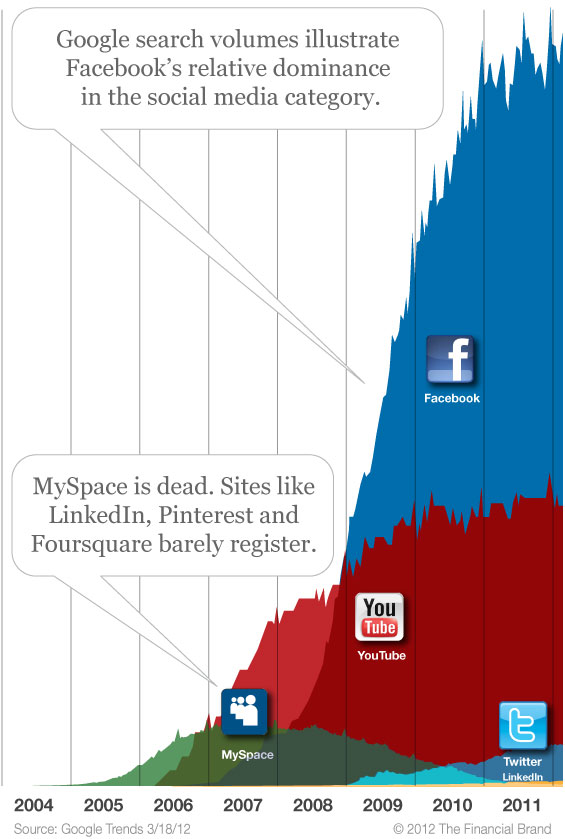 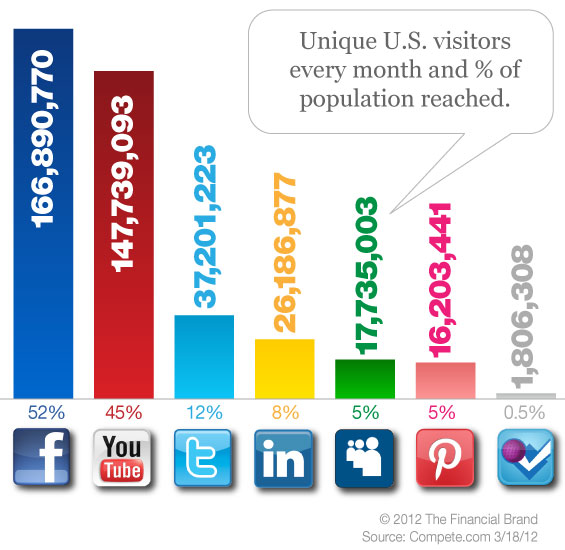 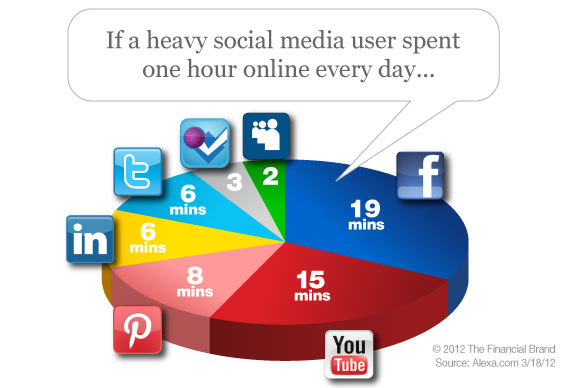 Key Takeaways: If your organization is going to be involved in any single social media channel, it had better be Facebook.

Forget about a blog — it takes too much work. Exotic platforms like Foursquare, Pinterest and Google+ have such small user bases they are difficult to rationalize — you could skip them without anyone noticing.

YouTube is great… if you can make videos that are funny or interesting (same thing applies to photos on Pinterest). Unfortunately, financial institutions aren’t often funny and are seldom interesting. That’s why most of the banks and credit unions The Financial Brand sees on YouTube don’t average more than 250 video views. Twitter can also work, but mostly only as a customer service channel… provided your financial institution is large enough to find more than one or two relevant tweets every month.