Some people think a lot of fans are fine. But if they aren’t really engaged, what’s the value? But engagement isn’t everything. Having a highly engaged fans doesn’t mean much if you only have a handful of ‘Likes.’ The truth is that success on Facebook is highly dependent on both engagement rates and size of fan base. One doesn’t mean much without the other. Ultimately, social media success is about creating a large group of highly engaged fans that will help a brand amplify its message.

As part of the Power 100 social media database, The Financial Brand tracks engagement rates for banks and credit unions on Facebook. I took a deep dive into this data, and what I found was both interesting and enlightening. For starters, there are only 29 institutions out of the 500+ tracked that are worth talking about — those with a large, highly engaged audience. (The Financial Brand calculates a “Facebook Engagement Score” using a formula that factors both audience size and engagement rates.)

But what are they doing to generate this type of success, and what lessons can we learn from them? There are countless blog posts each week telling financial institutions what they should be doing in social channels. However, in this article, we’re going to take a look at what’s actually working.

If you ask a social media expert what it takes to create a large, highly engaged audience they will likely tell you these five things: Be Authentic, Add value, Use Images, Curate Great Content, and Tell Amazing Stories. When you look at the content that has been generating good engagement from the top five financial institutions with the highest Power 100 Facebook Engagement Score, there are some similar themes. And — gasp! — very few of them are directly aligned with the list above.

Among the common threads, you’ll see that these brands have identified things that interest their audience. What generates the most engagement isn’t necessarily “authentic” or “valuable” (at least on the surface). In fact the content that gets people to engage with a financial institution is stuff people are either passionate about or feel personally invested in (hint: not banking).

The most fascinating aspect of this analysis is that none of the content generates big engagement rates has nothing to do with the brand that’s pumping out the content. The brands generating the most engagement on Facebook are drafting off a shared passion for other brands, other causes the audience loves (e.g., sports teams, charities). Some might call it pandering. Others might say “affinity.” Savvy executives might call it “halo marketing.” Whatever you call it, this is what’s working today.

Looking closely at their content, what was really generating the most activity (‘Likes,’ comments and shares) was around BofA’s involvement in programs that benefit military men and women. For example, when BoA changed their cover art to one focused on the military (below), their fan base engaged heavily.

With just over 25,000 fans as of June 2013, BMO Harris Bank’s whopping 41% engagement rate is nearly unfathomable in the financial industry. Based on averages for this number of fans, anything over 0.21% would be considered good.

BMO Harris Bank generated this metric by leveraging their partnership with the 2013 Stanley Cup Champion Chicago Blackhawks. Their focus on a shared passion drove engagement rates up just as the action on the ice was heating up. As the Hawks won the Cup, the bank changed cover art and generated nice engagement.

One of the many photos BMO Harris posted to its Facebook page exploiting its NHL affiliation as the Chicago Blackhawks advanced through the Stanley Cups Playoffs.

While BMO Harris Bank’s fan base is only 2% the size that BoA has, their content during was more engaging — sharing audience’s passion. Who doesn’t love a winner? This is one of the big benefits of a sports marketing affiliation — sometimes you’re backing the league championship winner.

ICICI likes to leverage the power of images on its Facebook page. The photos are beautiful, consistent and branded. But the content that generates engagement among their 2+ million fans is a steady diet of contests and promotions.

Even though ICICI has more than 2 million fans, they still are able to manage an engagement rate north of 3%! That means 60,000 fans will engage with their content! And those 60,000 people have 300 friends. That means there is a chance that more than 18 million people could see a post from ICICI. Now that’s reach!

The bank consistently gives their fan base opportunities to win prizes with promotional giveaways, like the photo contest that ran in late June that generated more than 10,000 likes and 712 shares.

When The Financial Brand last checked, Barclays had around 215,000 Facebook ‘Likes.’ Today they have over 300,000. And yet, despite having hundreds of thousands of fans, the bank can still muster a staggering 10% engagement rate.

Similar to BMO Harris Bank, Barclays has aligned themselves with sports (much more interesting — and engaging — than banking). Posts from Barclays in Q2 2013 that generated strong engagement leveraged the national pride surrounding Wimbledon, the annual tennis spectacle. The brand also ran some short, simple promotions that supported both the tournament and the brand. 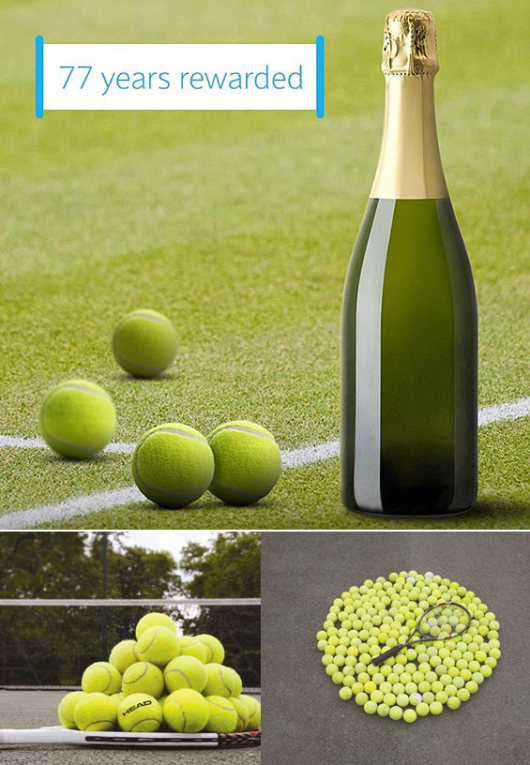 Navy FCU has more than 700,000 fans and a very respectable 5% engagement rate. This credit union understands their audience and does a great job of honing in on the passions of their audience. They recently hosted a motorcycle-themed photo contest, creating awareness around a financial product. In this instance, engagement rates were boosted through user-generated content. 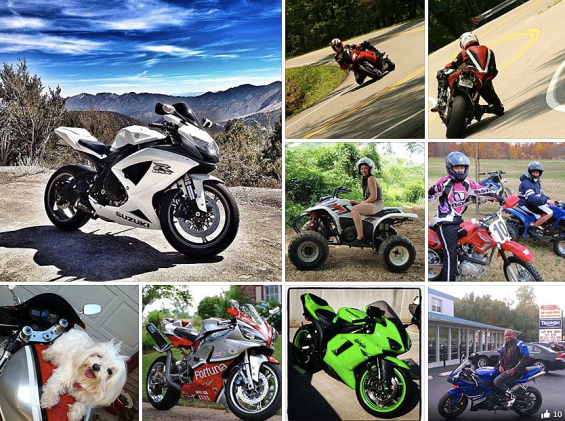