Subscribe Now Get The Financial Brand's FREE Email Newsletter
Looking at consumer sentiment towards credit unions, through the lens of social media and online conversations.

By Noah Echols, Director of Strategy at the IQ Agency

An analysis of online conversations about financial institutions shows that passion for credit unions is waning slightly, but not enough to cause concern. In fact, credit unions are mostly maintaining ground they gained during the Great Recession, when consumers expressed more trust consumers in them than banks.

Using Crimson Hexagon, a tool that collects public posts from digital channels across the web, the IQ Agency has studied online conversations from 2008 through 2015 to identify trends in the way that people discuss banks and credit unions.

In 2010 there was a total of 252,000 mentions of credit unions online with 9% of those mentions being negative. Just a year later in 2011, total volume of mentions had increased to just under 500,000 with negative sentiment dropping a point. Interestingly though, as the economy stabilized, total volume dropped 14% and negative sentiment returned to 9%. And that is basically where the numbers stayed in 2013 and 2014.

2015, however, was very different. The total volume of conversations was up to almost 600,000, and negative sentiment was at its lowest point at 7%. While all things point to an overall good year, it seems that the passion for credit unions might be waning somewhat. Of the nearly 600,000 credit union conversations, just 3% of those were positive, down sharply from previous years, with the vast majority being neutral. 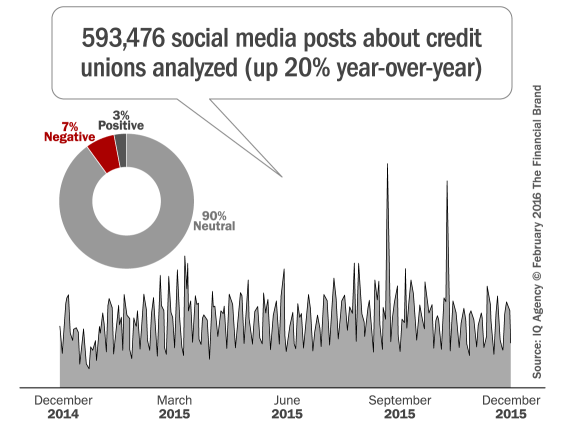 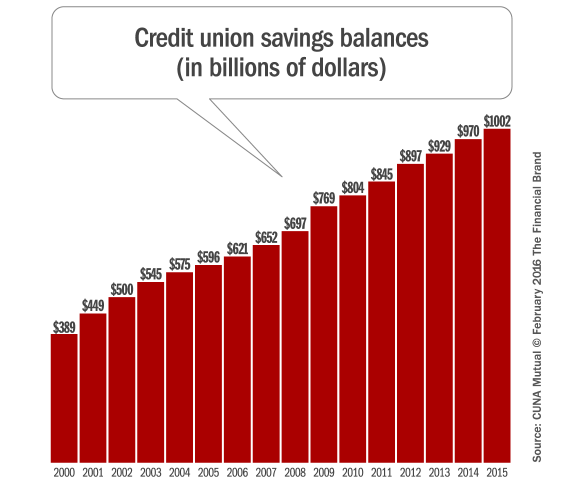 Credit unions should invest in ways to translate online conversations into more members and more accounts by emphasizing the features and benefits consumers crave. Specifically, consumers are looking at the following considerations when choosing between a bank and credit union.

1. Convenience. They want to access, move, and manage their money at any time of the day with the same level of user experience that they’ve come to expect from other industries like retail.

2. Service. Credit Unions excel in service, but it is important to differentiate today as businesses increasingly shift to competing more on service than product.

3. Technology. Consumers, especially Millennials, expect a great mobile and desktop experience. Invest in a website that can compete with larger banks and mobile apps that delight users who are accessing it daily.