You might be surprised what consumers say about banks and credit unions in social media. Here’s the first installment in a series of quarterly sentiment reports from the social media monitoring experts at digital agency IQ, brought to you exclusively by The Financial Brand.

“Social Listening” is a practice that allows us to examine all forms of social interaction (blogs, forums, Facebook, Twitter and YouTube) to find out what people are saying about a particular subject or brand and where they are saying it. It’s a fast way to get insights into real consumer attitudes versus what they report, which, of course is not always the same thing.

Discovering what consumers are saying reveals actionable insights and marketing opportunities for financial companies. It can tell you where in the social media landscape you should be present in order to influence relevant conversations. It can show you the true impact of your marketing campaigns, and the effect of culture and seasonality on the behavior of your consumers over time.

IQ scanned millions of online conversations over the past three months to see what consumers are saying about financial institutions in social channels. We focused on issues concerning retail banks and credit unions such as switching, checking accounts, loans, refinancing, credit cards, fees and mobile banking, as well as general attitudes towards big banks, regional banks and credit unions. 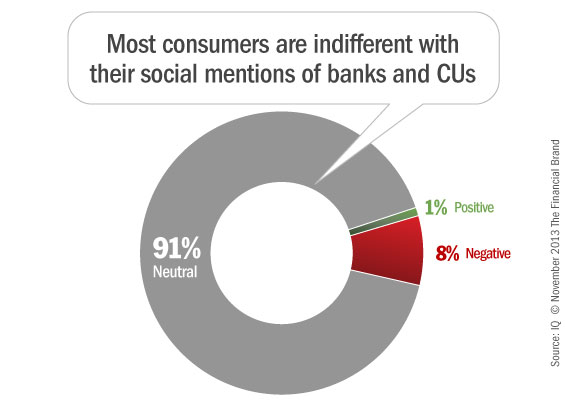 The word cloud below shows what keywords tied to negative social media comments about banks and credit unions. You’ll notice that the word “app” appears in the word cloud, suggesting financial institutions still have some work to do on their mobile and tablet banking applications. 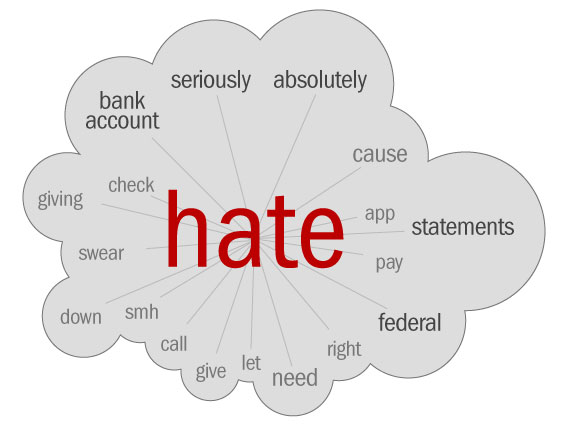 The topic wheel below (click to enlarge) shows the range and relative volume of conversation surrounding consumer concerns in the banking category. Over half the conversations involve talk of switching institutions. You can distinguish the immediacy of the impending switch by the word choice consumers make. When someone is frustrated by not quite yet ready to pull the trigger, they talk about “switching” banks. But when they’ve had enough, it’s time to “switch” banks. 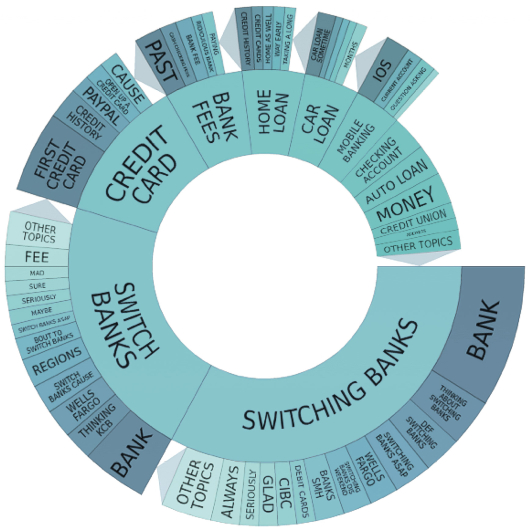 Where are people talking the most on social channels about big banks? The following heat map shows the density of conversation — posts per capita for each state. 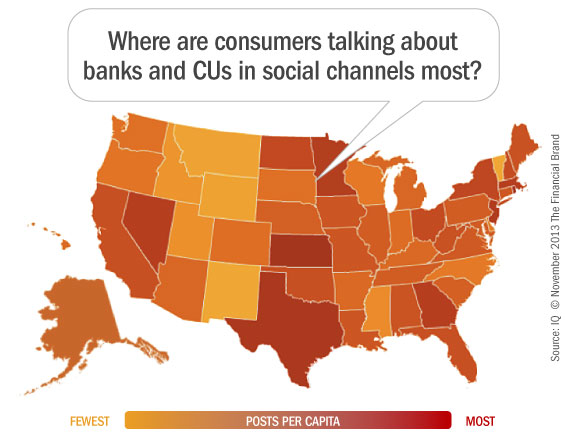 Even though all four of America’s big banks are just around the same size, Bank of America dominates the social chatter online. Chase is completely dominated by BofA, Citi and Wells Fargo, although a large portion of the social media mentions referencing Wells Fargo are actually about the Wells Fargo Center in Philadelphia. 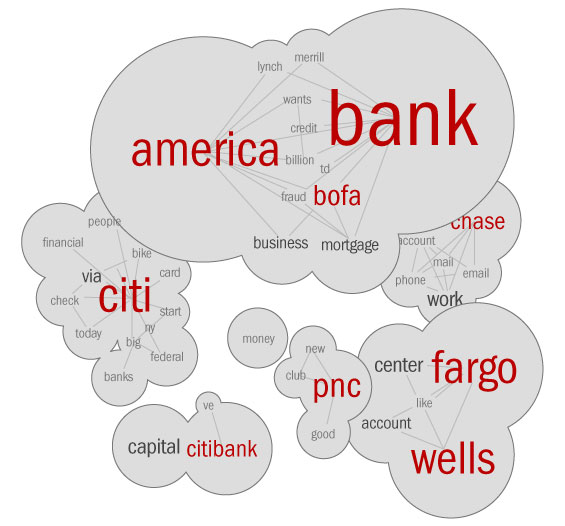