Akbank has been one of the most aggressive companies in Turkey in its adoption of social media, sprinting ahead of its competitors in the rush for virtual gold. Akbank officially entered the social media scene in August 2010, and within a year established a Facebook fan base that topped 508,000, making it one of the “most liked” financial institutions in the world.

Akbank, which has 913 branches and 15,300 employees serving over 8 million customers, is effectively reaching 6.35% of its base through its Facebook page, far outpacing the industry average of 0.14% — that’s 45x more fans than the typical retail financial institutions sees. The entire country of Turkey has 75 million people, of which Akbank has been liked on Facebook 0.68% of them. It is likely the highest Facebook penetration rate of any bank or credit union in the world.

At Twitter, Akbank has numbers more inline with what one usually sees in the financial industry. With a modest 3,360 followers on Twitter, the bank is only reaching 0.042% of its 8 million customers. Maybe they’d do better if they followed more than six accounts themselves? The new Akbank YouTube channel has 20 subscribers and 32 videos that have been viewed 4,556 times.

Akbank’s social media strategy has been ambitious, to say the least. They currently manage a total of 15 social media accounts on Facebook, Twitter and Youtube combined. In less than a year, the bank launched no fewer than five separate Facebook applications, including some rather complex interactive video games.

In its first year after diving into social media, Akbank launched many social media breakthroughs in the Turkish market. Their two-way system for monitoring and replying to Facebook comments and Twitter mentions was a first among banks in Turkey. By connecting customers IDs with Facebook IDs, Akbank is now able to deliver customer service through its Facebook channel, making them the first financial institution — and possibly even the first company in all of Turkey — to undertake a social CRM initiative. 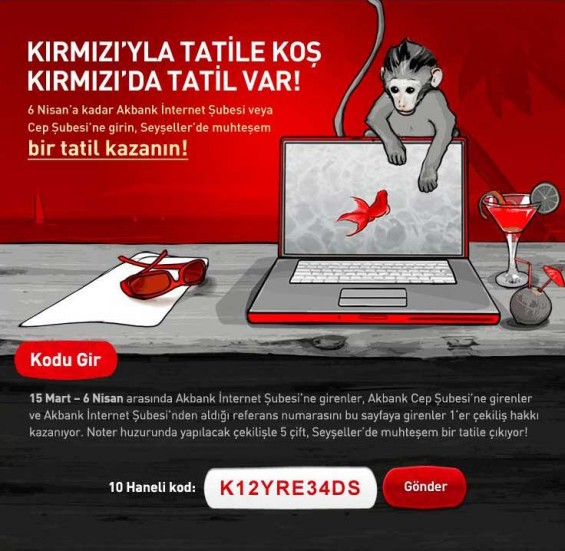 WIN A TRIP TO SEYCHELLES
To promote its new customer service option on Facebook, fans were incentivized
with the chance to enter a sweepstakes where they could win a vacation to the Seychelles.

“Build & Manage” Facebook Game
This game was specifically aimed at SMEs and encouraged users to create a virtual manufacturing facility with departments such as production line, marketing, accounting, human resources and even an R&D lab. Users would upgrade the facility as they made more money and completed specific missions. The game included a virtual Akbank branch, which promoted and linked to actual SME banking products offered by Akbank (i.e. corporate credit cards, loans, etc.).

These banking products enabled competitors to complete certain missions more quickly. The product screens also included links back to the Akbank SME web portal where users could check out the details of all the products. 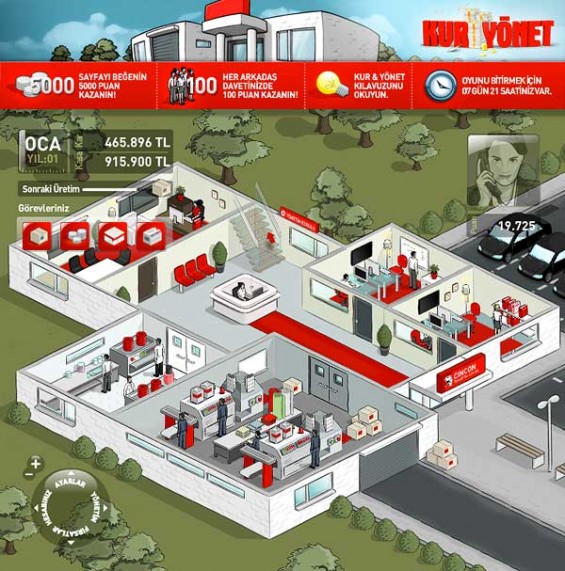 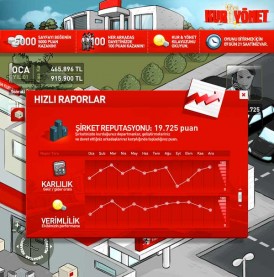 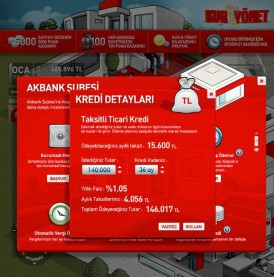 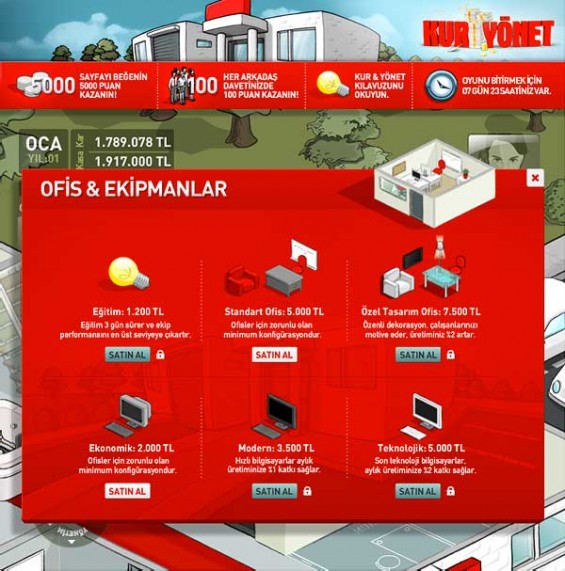 “Chasing the Red” Facebook Game
This was a very popular Facebook game, according to Akbank. It was based on the concept of the retro PacMan game; users would chase different “needs” on each level, such as education, vacation and home renovations. Promotions for loan campaigns and interest rates were presented in between levels. 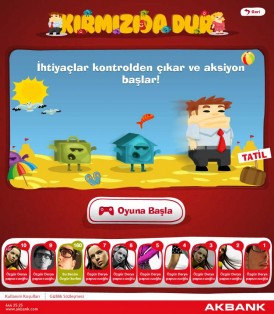 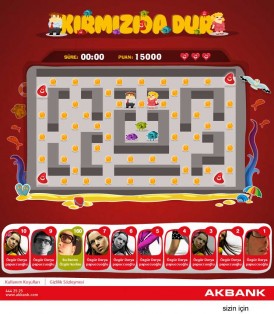 Sonisphere Music Festival Facebook Trivia Game
To win tickects, users had to answer a number of questions about bands like Metallica that were performing at the festival. The objective of the contest was to build the bank’s brand with a younger customer segment, specifically those under 26 years old. Similar trivia contests were also run through the year for other live performances including Cirque du Soleil and the Akbank Jazz Festival. 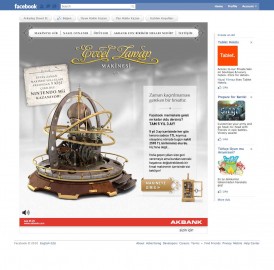 “My Needs” Facebook Application
Users posted photographs of their broken or damaged electronics devices and put them to a vote. The users who received the highest number of votes received gift cards from technology retailers. The application was used to promote small personal loans to participants.

“Once Upon a Time” Facebook Competition
In this trivia game, participants had to answer questions about important events in recent Turkish history. Once they answered the questions, participants would be presented with the approximate gain they would have realized had they opened a Cumulative Mutual Fund account at the date the particular event happened.