More recently, a different form of marketing has become popular: Inbound marketing. This type of marketing waits for a customer or prospect to make contact with the company, and then applies marketing efforts to that interaction.

But there’s another type of marketing that’s beginning to gain traction. As far as I can tell, there’s no commonly accepted name for it, so for our purposes, i’ll call it Activity-Based Marketing:

Marketing within the context of an activity being performed by a customer or prospect.

Yesterday’s announcement by restaurant chain Chili’s regarding tabletop computer screens is a great example of activity-based marketing: The activity is the process of ordering food.

At its most basic level, asking “would you like fries with that?” is a form of activity-based marketing. You might think of it simply as up-sell or cross-sell — and I would agree — but it doesn’t quite seem like marketing because no principles of marketing (targeting, segmentation, promotion) are applied.

But they could be applied.

That’s the potential of these tabletop computer screens. Not that they just simplify the ordering process. But that they push (i.e., merchandise) certain entrees, track your visits and tell you what you ordered last time, connect you with other diners to see what they like, etc. This technology shouldn’t just streamline the ordering activity — it should transform it.

Wrong. Those deal with service transactions and interactions. These aren’t the “activities” I’m talking about. I’m talking about activities like car-buying, house-shopping, and ticket-purchasing, or even shopping for more mundane items like shoes (that was a joke, guys — the ladies <at least the ones in my family>, hardly consider shoes to be “mundane”).

There are a number of great examples of financial institutions doing activity-based marketing:

1. USAA. USAA’s Auto Circle app changes the car buying process by providing car shoppers with an app that lets them search for the type of car they want, track those cars for future reference and comparison, get a loan for the car when they’re ready to buy it, and insure it as well. Transformation of the car-buying activity or process. 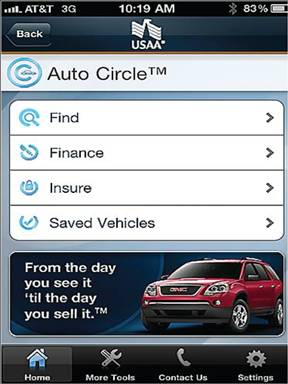 2. Commonwealth Bank. This Australian bank’s app uses augmented reality technology to let a user “take a picture” of a home or building, determine the location, access the realtor database, and display the price and details of the home if it’s for sale. This app enables Commonwealth to identify potential mortgage customers long before they were able to do so in the past.

I don’t know if Commonwealth is doing this or not, but the app could give other marketers — those interested in reaching new movers (who typically spend thousands of dollars in the six months after moving) — an opportunity to reach prospects even before they move, enabling Commonwealth to generate advertising revenue. 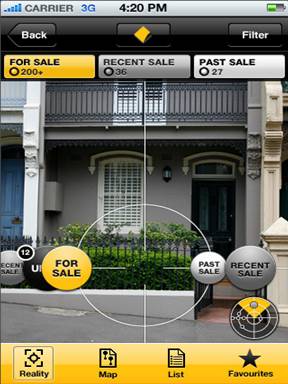 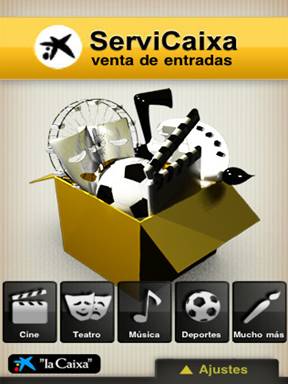 There are other activity-based marketing apps that I can envision, but won’t belabor the point here.

One of the common threads in the examples above is the creation of a new point of interaction for banks.

For a host of other types of purchases, banks’ point of interaction is when the consumers swipes their debit or credit card, or — even worse — after the transaction itself, when the check clears.

Activity-based marketing changes the point of interaction for banks, moving that point much closer to the identification of the need or want for the product or service.

Moving that point of interaction gives banks more opportunity to influence the choice of providers. But it does so in a way that provides huge value to the consumer by transforming the overall activity.

Wanna know why Google is worth gazillions? Because its point of interaction is so close to the consumer’s identification of the need or want for a product.

Brett King was spot-on when he wrote, in a post title When Payments Disappear, and Value Emerges:

“Arguing over whether a payment is truly mobile or something else is a lost argument. When a payment ultimately works, no one is going to care how it happened. As long as it happened seamlessly with minimum fuss, and maximum context or value. When the payment disappears, it doesn’t matter how you paid, it matters what the payment did for you.”

The challenge for banks is: How do you get value to emerge? The answer is activity-based marketing.

What this also demonstrates, however, is the narrow-mindedness of too many bankers. Namely, those worried about what channel the order is taken in.

So what if the mortgage application is taken online or in the branch? It doesn’t matter — as long as your FI gets the application.

And how are you going to ensure that your FI gets the application? By getting involved in the shopping process as early as possible.

Activity-based marketing is going to be big.