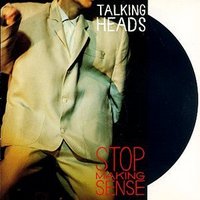 Reading up on the marketing news this week brought to mind the Talking Heads’ song Stop Making Sense. I might have mis-remembered the lyrics slightly.

First up, eMarketer came out with its forecast of ad spend by media. The company is projecting that, by 2020, mobile ad spend (not all digital, but just mobile) will exceed TV ad spend. Mobile will go from accounting for 11% of total spend in 2014, to a third in 2020. TV’s share, meanwhile, will steadily drop from accounting for nearly four in 10 advertising dollars down to about a third. Hey, sounds reasonable to me. Who am I to argue with these projections?

I Don’t Care How Impossible It Seems

Not long after I came across the eMarketer forecast, I noticed a study from Ascend2 and Research Partners conducted in March 2016. They asked marketers what are the most effective digital marketing tactics and which are the most difficult to execute. This was a repeat of a study done back in September 2014.

Email was ranked the most effective digital marketing tactic, mentioned by roughly six in 10 respondents. That was a virtual tie with website marketing which was only two percentage points behind. Both of these tactics, however, were considered difficult by only about one in five marketers. Half considered social media marketing difficult, a little less than half rated SEO as difficult, and just shy of four in 10 listed mobile as among the most difficult tactics to execute.

By the way….just 13% of marketers rated mobile as an effective channel.

Down in the Basement We Hear the Sound of Machines

My home office is in the basement, and yes, I hear the sound of machines. But I try not to let that stop me from thinking clearly. And here’s what my (hopefully) clear-headed head is contemplating:

And You Don’t Remember At All

You’re thinking, “Hey Snarketing-boy, marketers have to put their money where consumers go, and consumers are going mobile. And anyway, by 2020, marketers will have much more experience with mobile advertising, and will be much better at it by then.”

What you don’t remember is what it was like back in the dark ages of digital marketing — you know, 2014.

Thanks to the miracle known as the Internet, I was able to find the results of the Ascend2 study from September 2014. Comparing the results from back then to the more recent study is enlightening.

Yes, mobile’s effectiveness increased (or, at least, a larger percentage of marketers said it did). But, with the exception of social media, so did the effectiveness of other tactics.

And yet, the difficulty of executing digital marketing tactics increased for all but one tactic.

It would seem to me that marketers should put their money where they can get the best return.

Marketers appear to believe that email and website advertising are more effective than mobile advertising, and projecting out the trend in their ratings, it wouldn’t appear that mobile will overtake the other two tactics anytime soon.

Not that that makes any sense.