Your objective when presenting data, whether it’s in a presentation or a paper, is to convey meaning.

The reason we use graphs in presentations and papers is that a graphical representation of data is often easier for the audience to process than the written or spoken number. This doesn’t stop a whole lot of people from screwing it up, however.

Here’s an example of the failure to use good data visualization principles to facilitate the communication of data. Take a look at these two charts from the Federal Reserve’s recently released study on consumers’ mobile financial services habits. The content of data of the questions and answers isn’t important here. It’s the percentages shown. 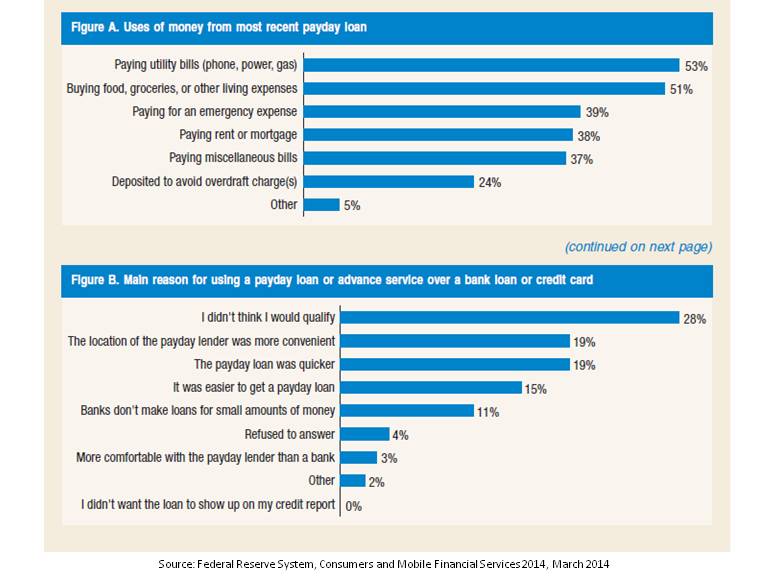 Yet, the length of both bars in the two graphs is nearly identical. Your anal-retentive snarketer here actually measured them. The 28% bar is a little more than 3.5″, the 53% bar is 3.9″. But because they both take up the entire space allotted for the graph bars, you’d be hard pressed to notice this difference.

I don’t have a PhD in Math or anything (just an MBA in Finance and Statistics), but it seems to me that the 28% bar should be just a little more than half as long as the 53% bar. If they were on the same graph, I bet that would be the case. So why would a bar representing 28% on one graph be any different length on other graphs in the report?

You better convey meaning by keeping graph dimensions as similar as possible across graphs in a report or deck. You’re making readers and audiences work too hard to interpret the graphs when the top bars are stretched all the way. And wasn’t “ease of comprehension” the real reason you chose to display data graphically, instead of textually, in the first place?

Of course, there is another–more sinister–reason why this happens as often as it does: The presenter/writer is intentionally trying to deceive us.

That’s right. They draw that top bar, which might represent just 23%, all the way across the graph, in order to make it appear larger than it really is. And, of course, in a graph where the 23% bar goes all the way to the edge, the difference between 23% and 19% looks huge. In a proportionately drawn graph, that difference looks miniscule.

Of course, when considering the margin of error,  the difference between 23% and 19% might not even be statistically significant. But let’s work on one problem at a time, here.