Numerous studies purport to show that fintech startups are more innovative than existing banks and credit unions. Now there are a lot of stupid things in the world of business, but this has got to be towards the top of the stupid list.

Of course startups are more innovative — they have no legacy systems and legacy customers to support. It’s pretty damn easy to be innovative when you have no revenue.

I asked my buddy JP Nicols, Managing Director of FinTech Forge, an external innovation department for banks and credit unions, what he thought:

“Financial institutions and fintech startups are starting from different places. Financial institutions have existing revenue streams coming from existing customers, so most of their innovation activities are going to be more incremental improvements to current offerings. Fintech startups are trying to break in to a crowded market and need to have more radical innovations to stand out.” 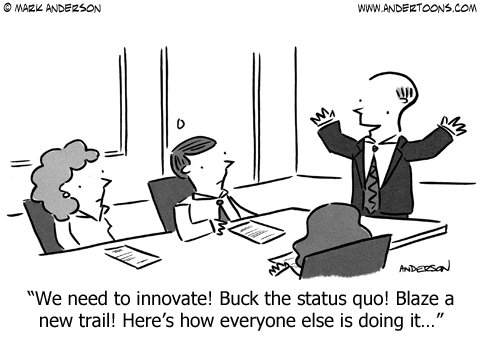 Instead, the bigger challenge is corporate culture. Nearly every bank and credit union CEO I talk to says the same thing:

“We know that we need to innovate and be more digital. And the board is more than willing to invest. But our culture is built around our success in the branch. We have people who have been here for 20 to 30 years, and believe that our success and differentiation comes from the branch.”

So then along comes more pundits who claim that financial institutions need a “culture of innovation,” with advice like “put the customer first,” and “provide a structured and disciplined environment.” Not only do I (and I’m sure plenty of bank and credit union execs) not know what that means, I’m sure that many execs think that their organizations already do that — without seeing any uptick in innovation.

Can’t Get There From Here

Q. If they know that culture is the problem, why don’t banks and credit unions do something about it?

When the pundits come in and say “you need a culture of innovation,” smart execs ask “what does that mean?” The pundits respond, “we’ve studied the leaders in innovation, and we’ve found 7 common traits.” To which the execs respond “great, how do we get those traits, and how long will it take to inculcate them into the organization?” To which the pundits respond….well, it doesn’t matter how they respond, because anything they say at that point is either made up on the spot, or just plain wrong.

What’s missing is an honest assessment of the current culture.Describing the culture as innovative/not-innovative, or branch-centric vs. digital-centric is too simplistic, and just not helpful.

JP weighed in on this point, as well:

“There are definitely more ‘Traditionalist’ personality types in financial institutions. They prefer to master the known-knowns and follow best practices. The ‘Trailblazers’ tend to be found more often in earlier stage companies, and they want to explore the unknown and establish next practices.”

What could be helpful is the Competing Values Framework developed by some organizational behavior experts. The framework defines four different types of culture, driven by two primary dimensions. 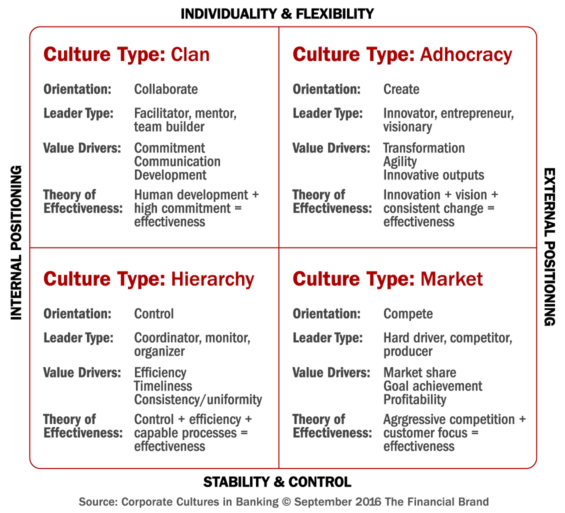 The framework helps management answer questions it might not have good answers for:

The framework helps management understand that there is a need for different types of culture within the organization (nothing against accountants, but do you really want an innovative accounting department?). Second, it gets management to realize that there are competing values at play within an organization, and tradeoffs that need to be made.

Reality Check: Without an honest assessment of the existing cultures (yes, plural) within the organization, it’s difficult to figure out how to change those cultures.

But that’s not enough to drive change in the organization. There’s still something missing — a team that scales innovation from idea to institutionalization. Sorry for the long word. But I needed a word that conveyed more than just “deploy.”

The missing piece is what Bud Caddell from NOBL calls Innovation Scalers. According to Bud:

“The Scale Team bridges the critical gap between invention and industry standard; exploration and optimization. You’ll likely want the product manager from the Explore phase, along with the chief technical architect of the concept, to remain attached to the project. But you’ll need a new team that can paint a vision (external and internal), chart a revenue model, and doggedly pursue adoption.”

Bud believes there should be three teams: Explore, Scale, and Optimize. I’m not sure that the Scalers can’t optimize. But I don’t want to quibble here, because Bud is making a huge contribution by pointing out the lack of scalability in most organizations. 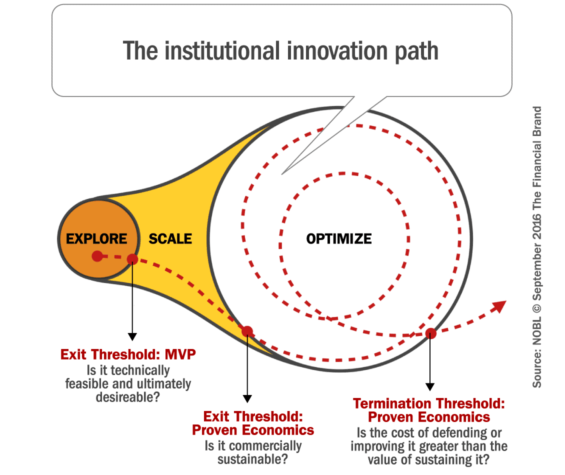 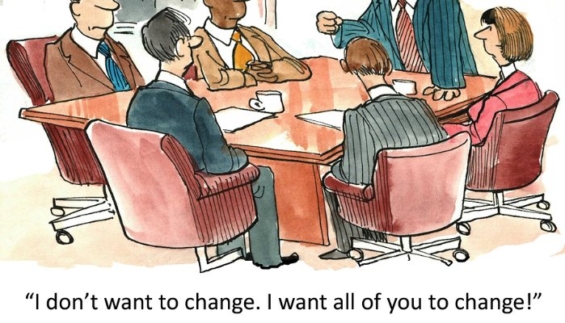 CEOs who recognize that innovation is being thwarted by change-resistant employees will be waiting a long time for change to come if their goal is to change the culture first. Successful pilots — that get scaled up by the Scalers — create the successes that change the narratives that drive corporate cultures.

Doing it this way — success first, culture change second — isn’t easy. But did anyone (other than maybe the pundits) say it was going to be easy?