If I had a nickel for every time a credit union executive said his or her CU’s competitive advantage was its “superior member service” I wouldn’t be sitting here writing crappy little blog posts. I’d be flying around the world on my private jet, spending my billions of dollars.

There are a number of issues with these claims, not the least of which is the nebulous way in which “service” is defined and the lack of quantitative measurement to support the claims (“you provide better service? HOW MUCH better?”).

New research supplies another angle to the argument.  According to Zendesk:

“As many as 67% of consumers prefer helping themselves to speaking with a customer service agent. An overwhelming 91% also said they would use a company’s knowledge base if it was available and tailored to meet their needs.”

In other words, NO service is the best service.

Zendesk reports something they call the Self-Service Score, the number of users that attempt to use content made available by a company to solve an issue divided by the number of users that submit a request for an answer. The company computes the average score across industries at 4.1, which means “that for every four customers that attempted to solve their own issues via self-service, one customer chose to submit a support request.” 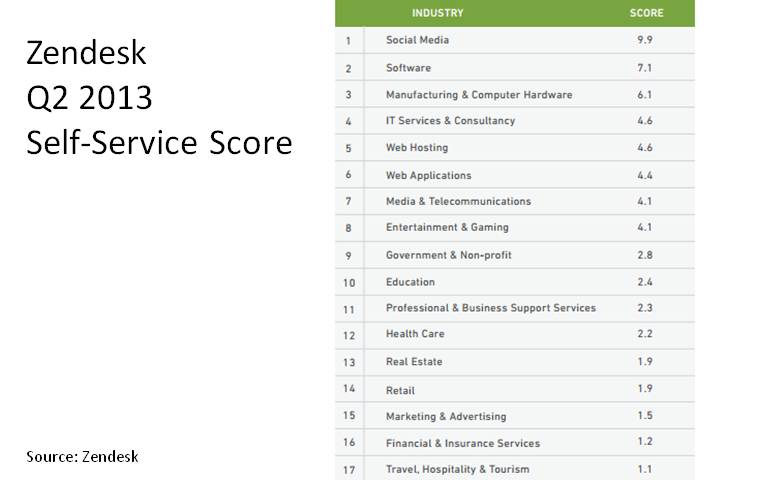 As the reports states:

“Technical industries and manufacturers are leaders in this space, as they have had the most success with self-service, while industries like travel and financial services are having the least.”

So, credit unions, tell me again why your service is so great?

The root of the issue is the nebulous definition of service. Exactly what constitutes “service”?

The legacy view of service is tied to face-to-face or person-to-person interactions in which a customer has a question or problem, and the company’s representative answers the question or resolves the issue.

Well, there’s a helluva competitive advantage: “We fix our mistakes faster and friendlier than the other guy.” 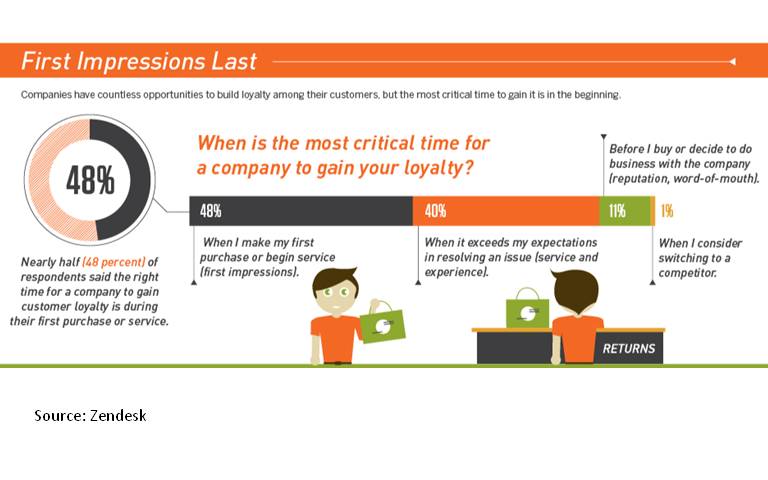 Nearly half said the most critical time to gain loyalty is when they make the first purchase.

So, credit unions, is your sales/purchase/application process really that much better than the big banks’ process?

I know of one source that says it isn’t.

A study conducted by RateWatch and IntelliShop found that:

“Credit unions, for all their benefits, just aren’t as good as big banks at closing the deal with prospective customers.”

The study, which was based on mystery shopping, not consumer surveys, found that big banks (>$10B assets) are better than credit unions when it came to:

(You can pay me now, Andera)

Ah…but hold on a second here. Before you rush out to invest millions in online account opening technology (your refund is in the mail, Andera)….

In other words, if you don’t fill the digital pipeline, having online account opening capabilities aren’t optimized.

OK, so let’s add this third piece to the puzzle:

Do you realize what this means?

You know those fools — oops, I mean people — who say that “customer service is the new marketing”?

Marketing is the new service!

Bottom line: OK, so maybe marketing isn’t the new service. But the bottom line here is that vacuous claims of superior service by credit unions aren’t just unsupportable, they’re unproductive in helping CUs figure out where to invest and what capabilities they must create and improve.