Check out the following chart, and see if you can answer this question: Why would the cost per lead for large companies be more than double than that for all firms with less than $500 million in revenue? 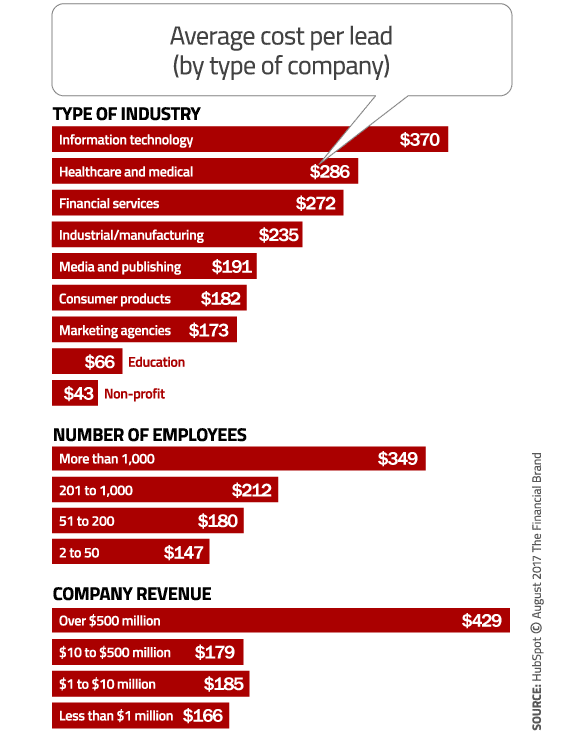 The $272 per lead number in financial services is simply not possible. Here’s the logic:

Based on these assumptions, if Hubspot’s cost per lead was right, the average credit union is spending 4.5 times its total marketing budget to generate leads. Folks, even if that credit union was converting 100% of its leads, it would still be spending twice the average budget on lead generation.

The cost per lead numbers from Hubspot simply aren’t right. I say, “Take ’em back, Hubspot!”