Comscore published its annual State of Online and Mobile Banking for 2011. Anyone in financial services with an interest in the online or mobile channels, payments, or marketing should check it out.

Lots of interesting data points and trends in this report. Here’s what caught my eye: 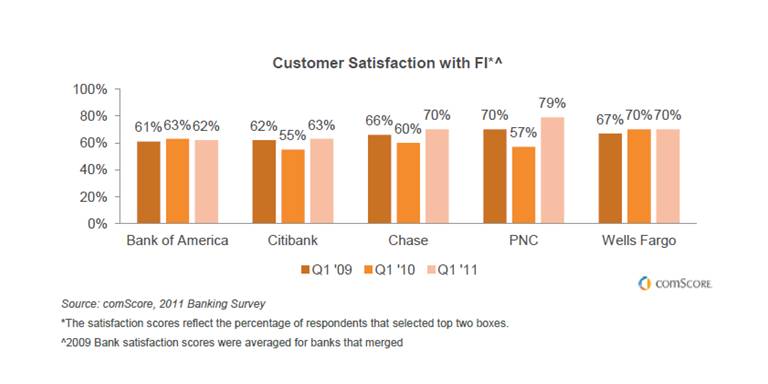 2. PFM interest and use is anemic. This might reflect the blending of the demographic segments. In other words, it might be too late to get Boomers, and maybe Gen Xers, interested in PFM. Would love to see the numbers for Gen Yers. But the Comscore numbers are not reassuring for PFM vendors, nor for online channel execs at banks looking for ways to use the online channel to add value to the customer relationship. (Side note: I’ve got an Aite Group report on PFM coming out in late Feb/early March that will define strategies for addressing the issues banks and CUs are having with PFM). Just half of BofA and Wells Fargo customers are aware of those banks’ PFM tools. In contrast, 60% of PNC customers know about Virtual Wallet, and 63% of USAA members know about the Money Manager tool. Both BofA and WF have had their PFM offering a lot longer than PNC and USAA has had theirs. 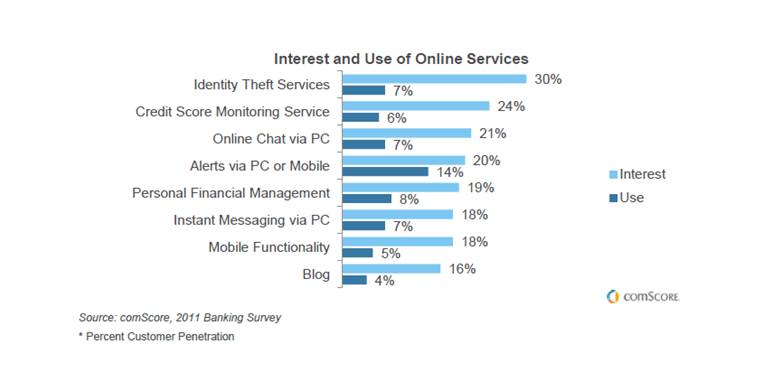 3. Nobody knows about P2P payments. And of those that do, few use it. This is a cause for concern because a number of the core apps providers I’ve talked to recently are expecting P2P payments to be big, and become a revenue generator for both themselves and the banks that offer it. Personally, I think banks go about marketing P2P payments all wrong, and Comscore’s numbers give me some proof for my contention. 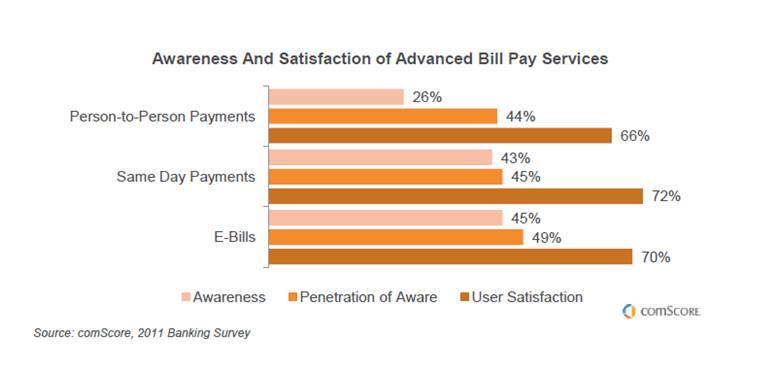 4. Social media efforts go unnoticed. I’m sure you’re tired of hearing me bash social media gurus and zealots regarding their baseless claims about the miracles of social media, but Comscore’s stats really tell a story. Less than one in five consumers are even aware that their FI has a presence in the social networking space.

5. Email is an effective communication channel. Email sure takes a beating in the blogo- and twitter-sphere. According to the Comscore report:

“…the impact of receiving emails to new account opening activity is on the rise. While the response rate on offers to open a new account is still modest at 6%, it represents a doubling of last year’s rate. In fact, email is highly effective in increasing customer awareness and engagement in other offerings, with 17% of recipients visiting the site to get information on other products.”

6. Remote deposit capture awareness is low. Just 29% of smartphone owners are aware of  the ability deposit checks remotely (I know of an 8 year-old who knows about this feature). This surprised me considering the importance so many bankers place on RDC as a way to differentiate their organization, and attract younger consumers.