Reloadable debit card accounts look very similar to standard checking accounts: They include features like online bill pay, mobile banking, direct deposit, and access to cash through ATM networks. They’re easier to open for some because customers’ information are not put through ChexSystems for approval. From a consumer’s perspectives, the biggest differences are that you can’t write checks unless they’re pre-authorized, and you can’t overdraw the account. 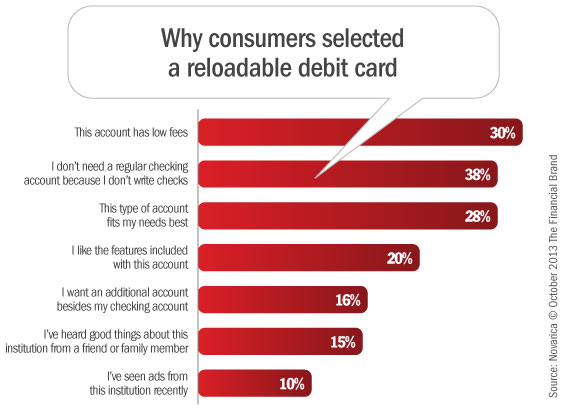 Base: FindABetterBank shoppers that selected a reloadable debit card and responded to the survey between August and September 2013.

Is this type of cash management account a viable alternative to checking accounts for many consumers, or is it a product for the unbanked, or for those who won’t be approved through ChexSystems? Analysis of the banking behavior of customers selecting these cards can shed some light: