Subscribe Now Get The Financial Brand's FREE Email Newsletter
Klarna is deep into the credit business, but aggressively positions itself as an 'anti-bank' that offers an alternative to 'unsustainable' high-rate credit cards. This message may just resonate in inflationary times.

While Klarna has been making its name in the U.S. as a buy now, pay later giant in ecommerce, the Swedish company is clearly digging to establish even deeper roots here.

Klarna ranked as #1 worldwide provider of BNPL services at the end of April 2022, in a tie with Affirm, according to PYMNTS.Com. Klarna, with its bling-heavy social media ads, was a pioneer in BNPL, offering not only “pay in four” installments but also “pay in 30” days options. Now it is broadening its offerings beyond BNPL payments, and increasingly becoming an open banking player, including in the U.S.

The pivot may be due in part to growing regulatory scrutiny of the BNPL industry. Klarna is one of a group of BNPL fintechs under study by the Consumer Financial Protection Bureau since late 2021. (Klarna and other BNPL firms have already been through some regulatory rounds in the United Kingdom.) Around the same time that the U.S. CFPB probe began, Klarna started offering the “Pay Now” service in the U.S.

“Pay Now” is an option to pay on the day that the purchase is made, accessed through the Klarna app. It’s the opposite end of the spectrum from BNPL. 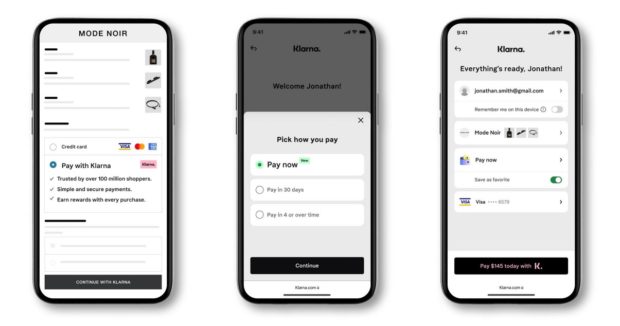 When finalizing a transaction Klarna users can choose to use its “Pay Now” service, which uses banking institutions’ debit or credit card relationships with the consumer.

What sets Pay Now apart from other Klarna transactions is that the funds for the purchase don’t come from the BNPL giant, but from a connected debit or credit card from another institution.

What this does for the consumer is allow them to earn points in Klarna’s Vibe rewards program and to utilize the company’s user experience. What it does for Klarna is open another beachhead for the company in open banking.

In 2014 Klarna acquired Sofort, a payments company that interfaces with other payment accounts. Sofort originated in Germany, and in German the word means “pay right away.”

Plastic Lives On in a BNPL World

The Pay Now feature comes at a time when Klarna has opened its waitlist, as of mid-February 2022, for the new U.S. Klarna Card, issued by WebBank. This represents plastic card access to the classic Klarna pay in four plans.

Why bother with a card when Klarna is a leading mobile shopping app download?

“We are super excited to launch a card in the U.S. As we have seen in other markets, we want people to use Klarna everywhere. Some will occasionally use Klarna on websites and the app, but when you give them a piece of plastic, they are also highly appreciative and people love it.”

The U.S. accounts for the highest share of downloads of the Klarna app and within days of the opening of the waitlist for the Klarna card over 500,000 people had signed up. Note also that Klarna has been striking deals with major U.S. mall companies in which all the merchants in hundreds of shopping centers are being set up to accept Klarna payments options in-store.

Klarna Casts Itself as an ‘Anti-Bank’

Klarna started in Sweden in 2005 and became a fully licensed bank — Klarna Bank AB (publ) — there in 2017. While the company has been typecast as a BNPL provider, that’s not how it describes itself:

“Klarna is the leading global payments and shopping service, providing smarter and more flexible shopping and purchase experiences to 147 million active consumers across more than 400,000 merchants in 45 countries. Klarna offers direct payments [Pay Now], pay after delivery options and installment plans in a smooth one-click purchase experience that lets consumers pay when and how they prefer to.”

Indeed, Klarna’s annual report indicates that the company never lends cash to consumers, unlike a personal loan company or a credit card issuer that makes cash advances. The average charge balance outstanding comes to about $100, it states.

In light of concerns in many quarters about BNPL, Klarna adopts decidedly anti-bank rhetoric in its annual report, such as this:

“Let’s set the record straight once and for all. Consumers should first and foremost pay with money they have. Period. This is why we are continuing to expand our Pay Now option.”

“High-cost credit, credit that encourages you to push debt forward indefinitely as well as tons of other poor practices by credit card companies, banks and other less serious actors really are a menace to society,” it states. This goes even a bit further than the marketing talk of the typical fintech app that trash talks traditional providers.

Credit makes sense online, when merchandise can’t be immediately examined and where funds can be tied up if goods are returned, the report continues. More or less, Klarna is saying, better to play online with someone else’s chips. 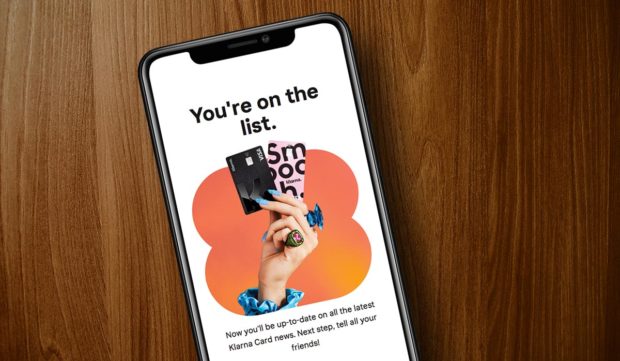 All this helps clarify the company’s game plan. In fact, Klarna positions its overall services as an alternative to mainstream credit cards.

The company promotes its approach, where typically interest charges are carried by merchants, not consumers, as being a more sustainable form of borrowing. Consumers initially receive a credit line of about $100 and their payment performance is re-examined with every purchase after that. Lines rise incrementally.

“This is why 99% of our lending is repaid and our losses are below the card industry standard,” claims Klarna. Typically consumers owe Klarna $100 on average versus $5,000 on average on traditional credit cards. Elsewhere in the report, Klarna characterizes the interest and fees paid on traditional cards as a subsidy for higher-income households that tend to be transactors rather than users of revolving credit — “an inverted Robin Hood if you like.”

Open Banking Is a Klarna Priority

In Klarna’s 2021 annual report, Siemiatkowski indicated that Pay Now represents about 40% of the company’s global transaction volumes. In the report he also projected that in time the share of Klarna volume paid via Pay Now in physical stores would approach 90%.

This is significant because, as the report notes, while ecommerce continues to be the faster-growing retail channel in the U.S., it is still, surprisingly, not the dominant one. And in-person shopping has been making a comeback post-pandemic.

The Klarna annual report cites Forrester data that projects that 72% of U.S. retail sales will still be taking place in stores in 2024. Only 4% of in-store transactions utilized BNPL in 2020, the report notes, “leaving significant room for growth.”

The partnerships with the mall companies are expected to add as many of two billion additional potential Klarna payment plan users. Offering Pay Now keeps consumers in Klarna’s fold even if they don’t use BNPL for that particular transaction.

Pay Now can be seen as a spearhead for bigger things, building on what Klarna started with Sofort. In March 2022 Klarna started Klarna Kosma. This subsidiary centralizes the company’s open banking relationships with 15,000 banks across the 24 countries in which Klarna does business. (The company says the number of connected banks doubled in 2021.)

The company promotes Klarna Kosma — “cosma” means “universal” — as being able to provide “financial institutions, fintechs and merchants with the essential connectivity to build the next generation of fintech apps and services.”

The Klarna Kosma website illustrates how the company’s application programming interface facilitates three services: retrieval of bank account data; integration of payments services and bank-to-bank account transfers; and account insights. The latter is intended to help operate budgeting functions, rate and other price comparison, and fintech product design. All of this is built on software that Klarna itself has been using for years. A document available on the site illustrates what services are available in which countries.

Ironically, Klarna is building out its capabilities as it expands its network. As always, it does so in installments.