Subscribe Now Get The Financial Brand's FREE Email Newsletter
A survey of credit union executives reveals that auto loans will be their top priority in 2015. Apple Pay is also on their radar.
Subscribe Now!

By a two-to-one margin, credit union executives say that auto loans (46%) are their top growth opportunity over the next 12 months. Nearly 84% of those participating in an October 2014 survey from TransUnion ranked auto loans as one of their top three areas for growth. The next highest product: mortgage loans (22%). 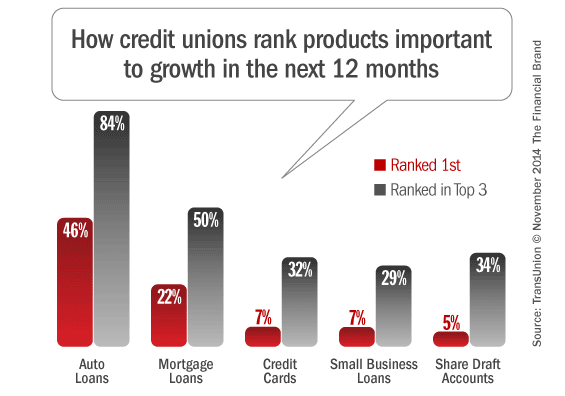 TransUnion hypothesizes that credit unions are gravitating towards auto loans because of the continued low delinquency rates and high demand for both new and used cars. It’s probably also safe to assume that as the overall lending environment improves, consumers will be more likely to seek credit at more modest levels (e.g., auto loans and credit cards vs. high-value products like home loans and small business loans).

“While auto loan performance in the last few years has been strong across the board, it is clear that credit union executives value these loans going forward over other growth areas such as mortgages, credit cards and home equity lines of credit,” says Ezra Becker, VP/Research and Consulting in TransUnion’s financial services business unit. “Over the longer term, we anticipate greater focus on mortgage and HELOC growth as home values continue their upswing, but for now the auto loan is king.”

TransUnion’s survey also broached the subject of the relatively new Apple Pay payment platform. More than 13% of credit union executives said they are already participating in Apple Pay, while 32% said they have inquired about participating, with another 19% saying they plan to inquire about participating. Collectively, that’s 64% of all credit unions either planning for or deploying Apple Pay. However, more than one-quarter of credit union executives confess they have not yet formulated their strategy. Translation? “We know it’s going to be big and we need to be a part of it, we’re just not sure how yet.” 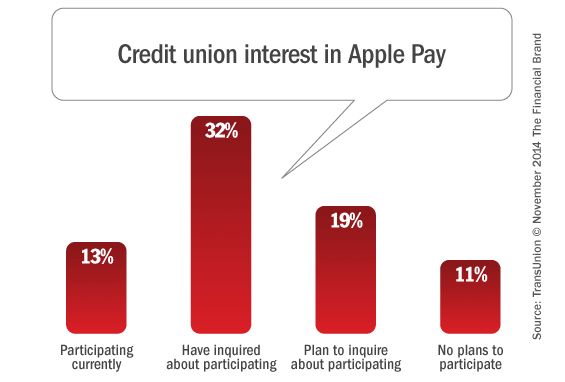 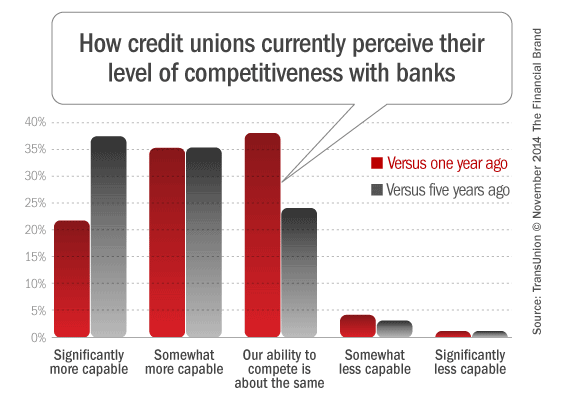 But credit unions exhibit a contradiction of self-confidence. On one hand, they say they believe they can beat banks, however the vast majority of of credit union executives said competition from other institutions (including their fellow credit unions) was one of their top three challenges.

TransUnion also found that credit union executives are taking a cautious approach to credit risk. More than half (52%) rated credit risk as one of the top three challenges for credit unions to meet loan growth goals over the next 12 months. 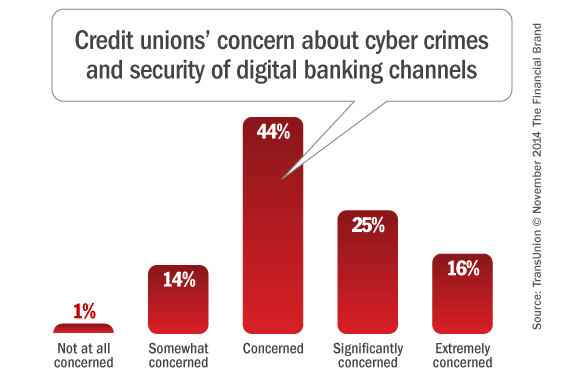 Approximately six in 10 credit union executives are at least slightly concerned about their members’ student loan debts and HELOC balances with other financial institutions.

A TransUnion HELOC study from earlier this year found that there could be billions of dollars at risk when consumers face end-of-draw payment shocks from HELOCs they may have opened in the last 10 years, if not managed effectively.

Nearly 16 million U.S. consumers held approximately $474 billion in balances on home equity lines of credit (HELOCs) as of December 2013, according to a new study by TransUnion. The TransUnion study indicated that approximately $50 billion to $79 billion of those HELOC balances could be at elevated risk of default in the next few years.

TransUnion’s research found that nearly half of all HELOC balances at the end of 2013 were originated between 2005 and 2007. Many of these HELOCs had 10-year draw periods, and for those borrowers the draw period will be coming to an end over the next few years.

Download Report: Results from the TransUnion’s October 2014 survey of credit union executives, “Elements of Sustainable Growth,” can be found here.