Subscribe Now Get The Financial Brand's FREE Email Newsletter
Americans continue to use cash less and less for everyday needs. Almost one in three in U.S. don't spend cash, and almost half feel okay when they go out without "real money" on them. But does that mean the U.S. is on the path to a cashless society? 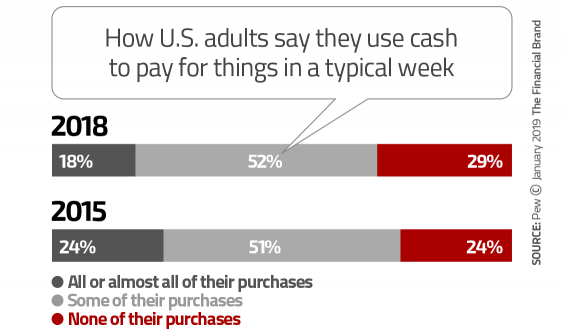 Read More: 7 Trends Disrupting The Future of Payments – From Apple Pay to Zelle 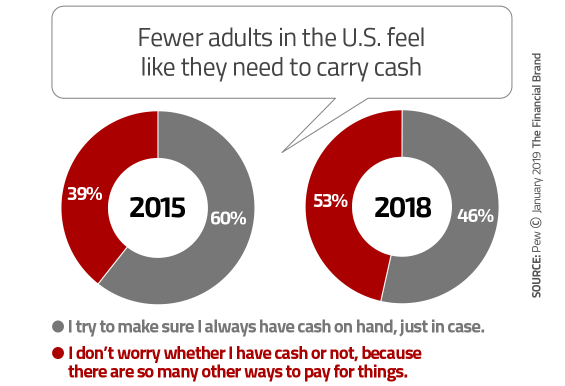