Subscribe Now Get The Financial Brand's FREE Email Newsletter
Millennials often have fewer resources to combat unemployment and curtailed hours. New data show this generation is particularly vulnerable to the economic impact of the pandemic, along with lower-income consumers overall. 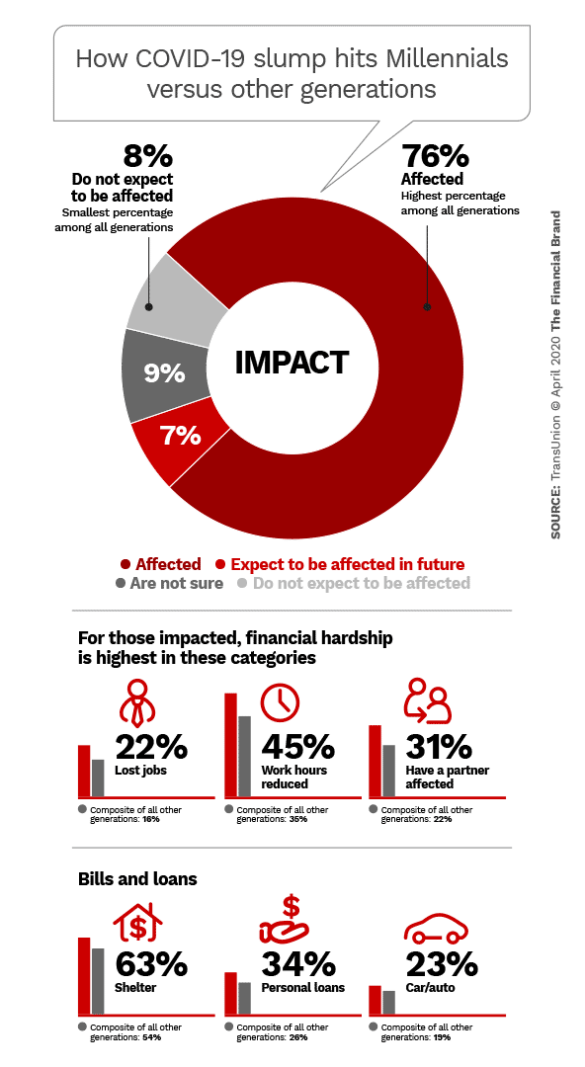 TransUnion’s Wise noted that Hong Kong has been dealing with COVID-19 longer than the other areas in the study and has seen harsher economic effects. Generally the longer a region has had coronavirus present and the countermeasures in place, the deeper the economic impact.= 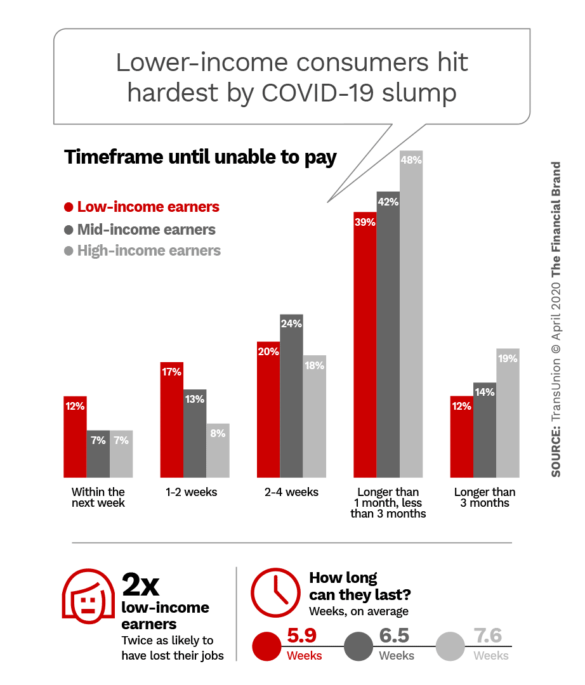