Subscribe Now Get The Financial Brand's FREE Email Newsletter
Russia's largest bank loaned out cats to customers who get a mortgage, with one catch: customers don't get to keep the cute kitten.
Subscribe Now!

Not long ago, banks gave away toasters to new customers. Then iPods were vogue. Now it’s cats… at least in Russia.

Sberbank, the largest bank in Russia, is letting its mortgage customers borrow a cat for their housewarming party. As random as it may sound to lend cats with home loans, there’s actually a reasonable cultural explanation. You see, Russians believe that letting a cat walk through your new home before you move in brings good luck.

“Order a cat for your housewarming, and bring happiness and luck to your home,” the state-run bank says on a special Cat Delivery Service website it set up to promote the campaign. 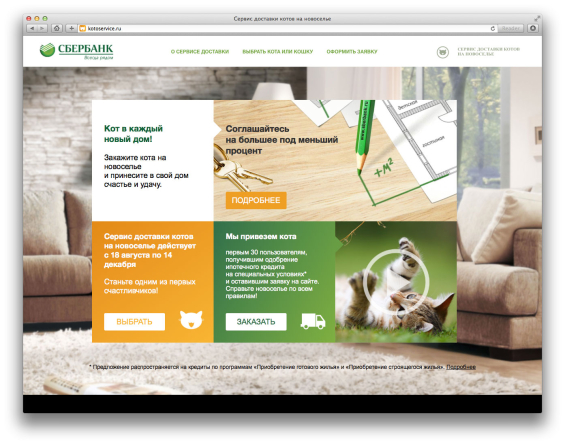 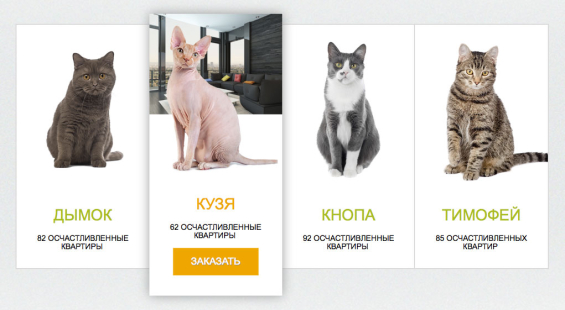 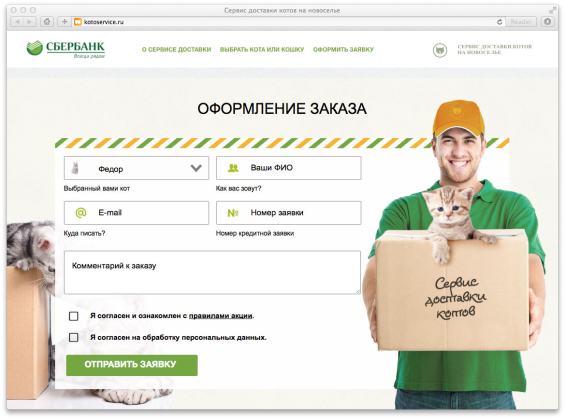 Customers can choose from one of 10 breeds, including tabbies, Siamese, and an exotic hairless cat resembling a sphinx. Some of the cats are owned by Sberbank employees, “who agreed to let their pets participate in special projects,” Anastasia Vakhlamova, a bank spokeswoman, told Bloomberg Businessweek.

Customers picked to receive the feline blessing call to have schedule an appointment. On the designated day, a two Sberbank employees deliver the preferred pet in a branded van sporting a giant cat logo. The customer then has two hours to let the cat cross the threshold, smear all its kitty goodness around, and snap a few photos.

There are other conditions on the cat offer, spelled out in an eight-page disclaimer on the bank’s microsite (apparently Russian banks face similar legal and regulatory hurdles as their Western counterparts). Free cats will be limited to only the first 30 mortgage customers who take out home loans of a minimum $116,000 — 15 from Moscow, and 15 in other parts of the country.

If you speak Russian, you might enjoy this short two-minute video showing some cats delivered by Sberbank staffer to new home owners.

This isn’t the first cat campaign run by the bank. Previously Sberbank created a test that helped customers determine what kind of cat personality they have — again tied to a special mortgage offer.

Don’t Poo Poo This As Some Dumb Cat Trick

You might be tempted to snicker quietly while dismissing the concept of free cats as something uniquely quaint — “Only in Russia…” But if all you get from this story is a chuckle, then you’re missing the point. With nothing more than 10 cats, 30 house calls lasting two hours, and a one page microsite, the Russian banking giant has generated hundreds — possibly thousands — of articles in publications around the world. It is a public relations coup d’état that probably cost under a million rubles (that’s roughly USD $25,000), and your financial institution could pull off something similar for far less than that.

If you were a small community bank or credit union that wanted to get the word out about your mortgage business, you could talk to a dozen PR firms that would all have the same, uninspired ideas (e.g., “Let’s pump out a bunch of press releases that brag about how much your institution loans in our community every year, and we’ll send the CEO out to talk to local reporters). Yawn… But with a little creativity and PR ingenuity, you too could be reading article after article about your home lending operations.

If you want free press, all you have to do is muster up the courage to find your own version of “free cats.”

And for Sberbank, the cat promotion represents much more than just a cute gimmick; it’s serious business. International sanctions triggered by the crisis in Ukraine are raining down on the Russian financial sector, causing the ruble to crash. Russians are racing to dump their savings into real estate before their cash crumbles in value. This is radically intensified the competition — and marketing noise — surrounding home loans in Russian markets. Sberbank’s simple cat promotion is actually a clever way to through all this clutter.