Subscribe Now Get The Financial Brand's FREE Email Newsletter
Competition is heating up as consumers return to short-term borrowing, but now with additional choices, such as buy now, pay later. Banks and credit unions are rolling out unique rewards to ensure their credit cards are top of wallet. The long-term winners may be those that offer robust rewards not just on plastic but across various payment types.

Consumers are going back to their old ways. While they spent much of 2020 paying down credit cards and avoiding high-cost debt, they’re now taking out the plastic once again.

Credit card balances fell by 24% between Q3 2019 and Q3 2020, according to Experian, yet a survey by Creditcards.com found that 44% of consumers say they’re willing to take on debt in the second half of 2021 for non-essential purchases. 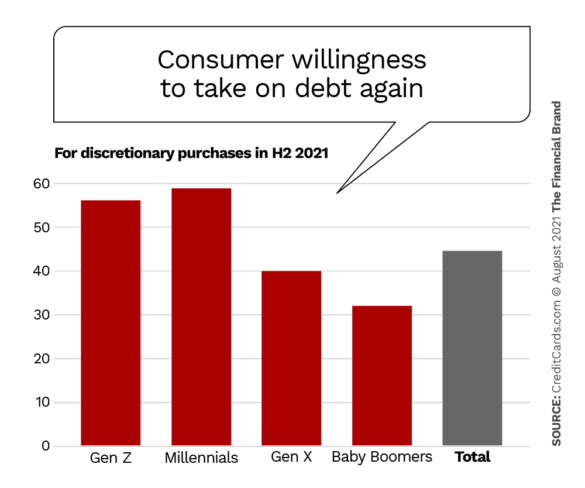 Yet as banks and credit unions strive to make their credit cards top-of-wallet in the migration back to spending, they’re competing both against each other and with new short-term lending options. Consumers are now more conscious of their finances, and they’re taking a closer look at terms, interest rates and rewards.

One option that has experienced considerable growth since the start of the pandemic is buy now, pay later (BNPL) plans. These programs enable consumers to quickly apply for short-term financing and break purchases into multiple installment payments, usually without interest as long as they pay on time. While BNPL programs don’t directly compete with credit cards, they are starting to siphon away some business from younger consumers.

Change in the Wind:

BNPL players like PayPal, Affirm, Afterpay, and Klarna facilitated more than $25 billion worth of transactions in the United States last year. The global market is expected to reach more than $680 billion by 2025, according to Kaleido Intelligence.

It’s All About the Rewards

Consumers aren’t necessarily moving away from plastic, it’s that they seek more flexible payment terms and need more compelling reasons to use it. Credit card rewards have become even more important since the start of the pandemic, says Greg Weed, Director of Card Performance Research at Phoenix Marketing International.

While rewards cards have always been popular with consumers in every demographic and income level, the spread between “revolvers” (those who carry a balance) and “transactors” (those who make purchases for rewards and don’t carry debt) is narrowing. Also, Phoenix data shows that 93% of all revolving balance dollars are now held on rewards cards.

“The importance has only increased, and spending is dominated by rewards cards,” says Weed in an interview. “Further, across all income brackets, most credit card debt is carried on rewards cards.” 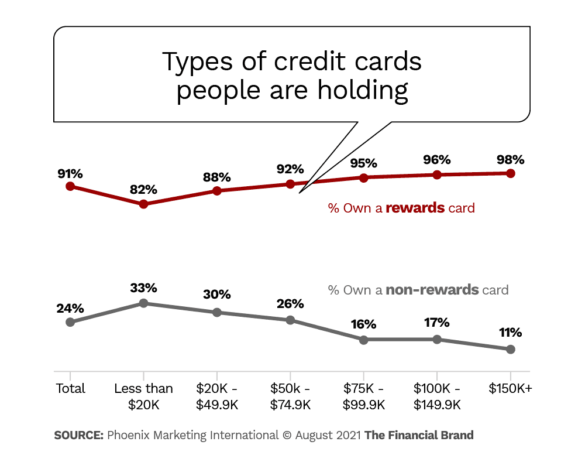 Along with no fees and low interest, consumers want the right kind of rewards, mainly cash back, travel, and entertainment. Banks and credit unions are now going after reward-seeking consumers with more cashback and unique rewards. Consider some of the latest card announcements:

BNPL players, however, also have a strong rewards component with participating merchants. Klarna’s personalized rewards program, called Vibe, applies rewards to all purchases made through the Klarna app, regardless of the store. It offers one “Vibe” point for every dollar spent at any of the 200,000 participating retailers. Vibe members also get access to exclusive online and offline sales. 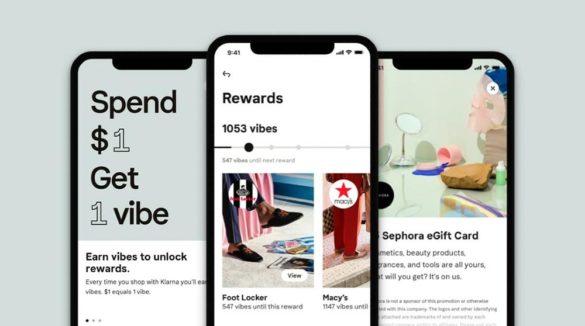 Read More: How Smaller Institutions Can Grab Credit Card Business Back from Megabanks

Some financial institutions have already started to dip their toes in the BNPL waters. For example, American Express’s Pay It Plan It allows cardholders to cover small purchase amounts through the American Express app or to plan larger purchases over $100 into monthly payments with a fixed fee. Eligible transactions are displayed on the app with three different payment options with total fees and costs. Visa has quietly entered the BNPL space, according to Investors Business Daily, even setting up a new website.

In other cases, banks and merchants are partnering with the fintech companies to support BNPL. TD Bank partnered with Amount to offer simple 0% installment financing for Nordic Track exercise machines. Barclay’s also announced a partnership with Amount to become one of the first major banks to offer point-of-sale (POS) installment financing options.

Denny Nealon, CEO of Barclays U.S. Consumer Bank, said in a press release the option would help leading merchant brands drive sales and build loyalty with their customers. “The time is right to enter the U.S. market and give consumers customized, loyalty-driven transparent POS installment loan programs at some of the country’s most successful travel, entertainment, retail and affinity institutions,” said Nealon.

Even as they begin to dabble in the BNPL space, credit card issuers should view it as more of an add-on option than any form of replacement. One advantage banks and credit unions have in BNPL is capitalization and trust, says Amount’s Kevin Lewis. He believes winning banks of the future will be those that can leverage various payments from their own cards and private label cards to virtual credit accounts and BNPL.

“What banks need to do to win is continue to provide alternatives to capture the entire merchant relationship,” Lewis maintains. “That involves being able to provide buy now, pay later installment capabilities, and being able to compete on the tech side.”