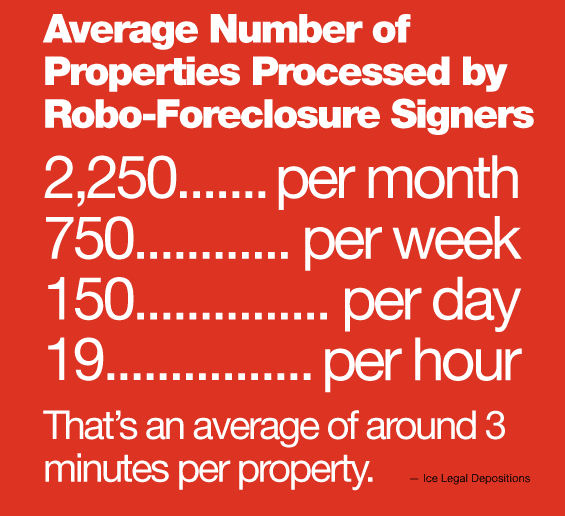 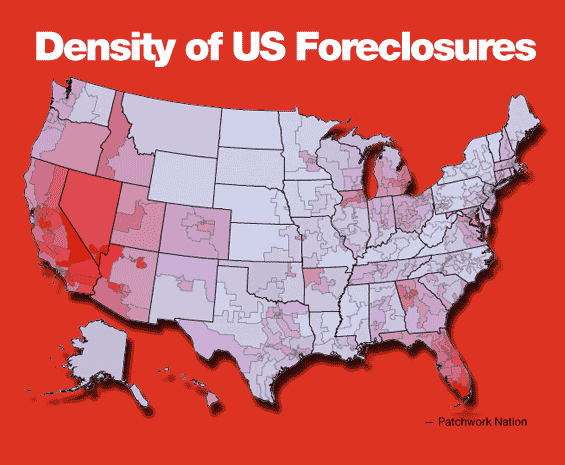 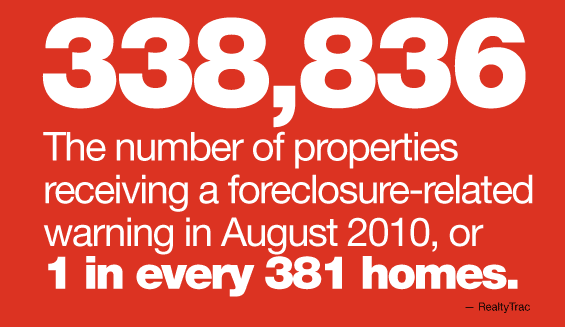 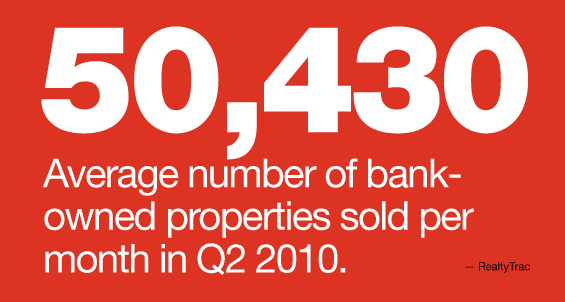 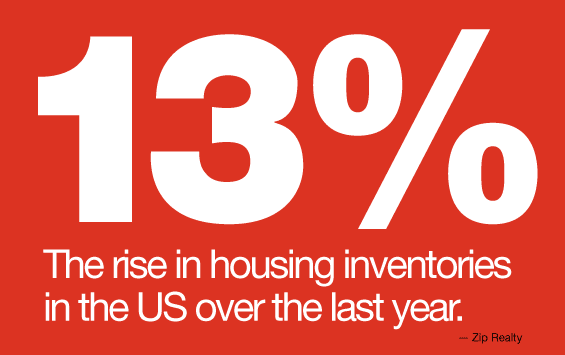 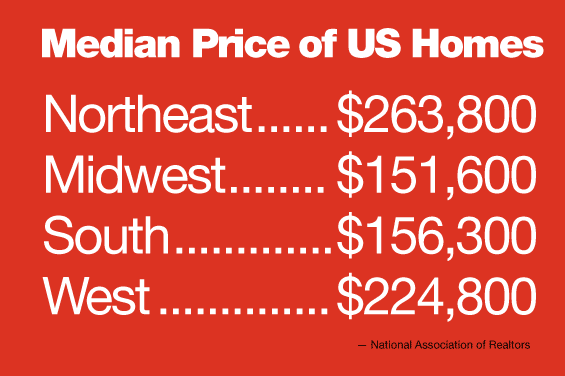 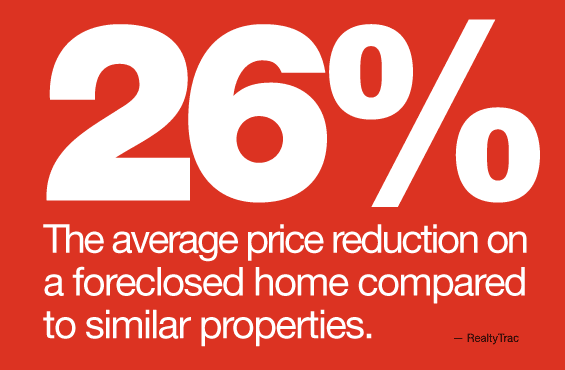 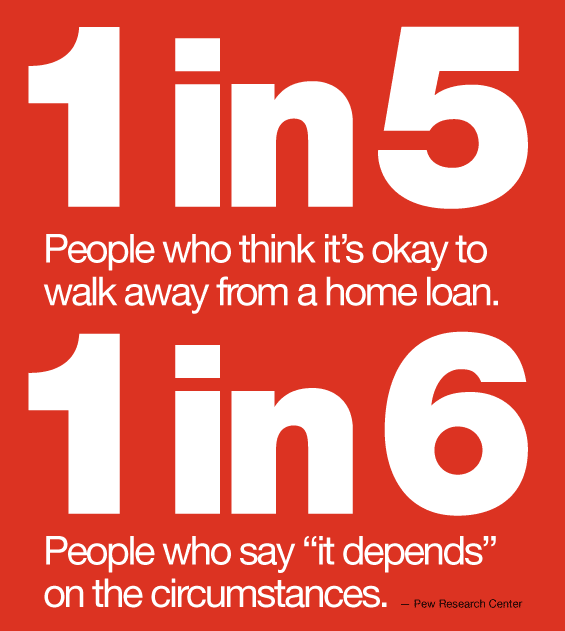 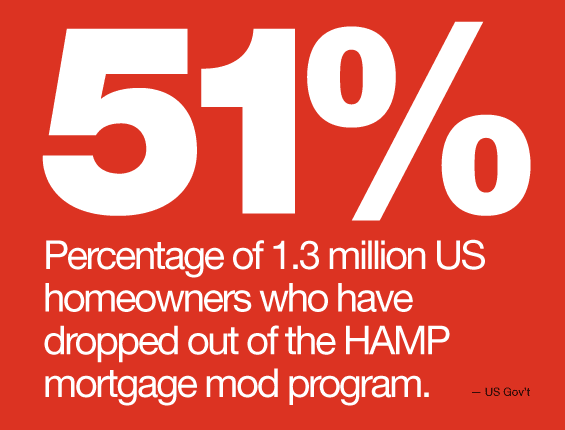 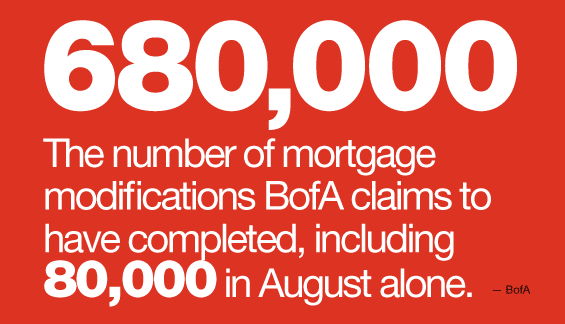 15 million
people don’t have a job, equal to the population of New York, Los Angeles and Chicago combined.
3 million more have just stopped looking for jobs after a year because they can’t find one.
— NPR/Bureau of Labor Statistics

1 in 7
The number of poor people estimated in the US.
— US Census

1 million
The number of American households likely to lose their homes this year.
— RealtyTrack

2.3 million
The number of homes repossessed by lenders since the recession began in December 2007.
— RealtyTrack

338,836
The number of properties receiving a foreclosure-related warning in August 2010. That’s one in every 381 homes.
— RealtyTrack

95,364
Number of properties repossessed by banks in August 2010.
— RealtyTrack

51%
The percentage of 1.3 million homeowners who have dropped out of the US government’s HAMP mortgage mod program. Only 15% of them have advanced to actual foreclosure.
— US Gov’t

19%
Consumers who say its okay to walk away from a home loan. Another 17% said it depends on the circumstances.
— Pew Research Center

680,000
The number of mortgage modifications BofA claims to have completed, including 80,000 in August alone.
— Bank of America