Subscribe Now Get The Financial Brand's FREE Email Newsletter
Learn how segmentation helped this credit union craft more effective ad campaigns, resulting in a big boost in loans and CDs. Its strategy was to combine internal data with household information from other sources, which it then used to better target its messages. It also added streaming services like Hulu and Roku to its ad mix, guided by the data.

A few months before the Covid-19 pandemic turned millions of Americans on to streaming services, Lee Wojnar recognized their potential as an advertising platform for O Bee Federal Credit Union in Lacey, Wash.

The numbers quickly bore out his hunch.

During earlier ad campaigns for mortgage refinancing in 2012 and 2016, which relied on traditional advertising outlets like newspapers and billboards, O Bee brought in 66 loans totaling just over $6 million.

In 2020 and 2022, campaigns that included video ads on streaming services like Hulu and Roku brought in 178 loans totaling nearly $35.5 million, a roughly 270% increase in the number of loans.

The credit union’s loan-to-deposit ratio, meanwhile, jumped from around 80% to 97%. O Bee had set a target of about 90%, says Wojnar, the senior vice president of marketing. “We just blew past it.”

With a need for new funds to fuel more lending, O Bee switched in the fourth quarter to advertising certificates of deposit, using an approach similar to the one that it used with the loans, Wojnar says. The credit union, which has more than 33,500 members and assets of more than $500 million, pulled in about $4 million in a week and half in October.

The strong results stem not just from ads on streaming services but from gathering more details about its members, including their media use and technology behaviors. The deeper understanding allowed for more effective targeting of O Bee’s messages, Wojnar says.

The credit union used data from the marketing firm Claritas to get that extra level of insight into its members. It also used the data to identify several consumer segments to focus on with its ad campaigns. The segments had characteristics that matched O Bee’s members, making them great prospects. 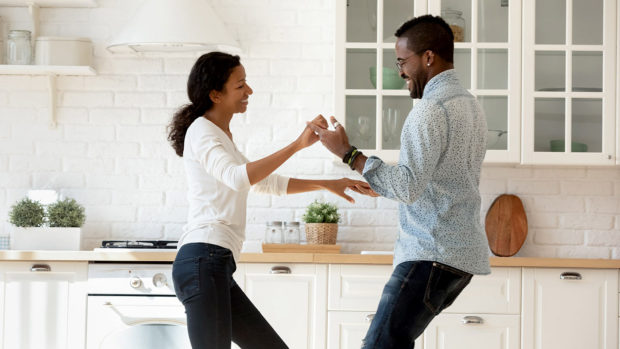 An ad targeting affluent empty nesters, for example, showed an energetic couple dancing around their new kitchen. The ad ran at a time in 2020 when people were frustrated about being stuck at home and wanted to get out and about, Wojnar says. “We positioned it that way as, ‘Hey, celebrate that family experience again and get this line of credit to improve your home.’ ”

Next up, O Bee’s plan is to use segmentation analysis for a campaign to reach out to underbanked households. The credit union is certified as community development financial institution and aims to add members in economically distressed communities. It has a charter that allows it to serve residents throughout Washington state.

Segmentation is not new in financial services, and many firms offer services to help with such efforts, including Amperity and Acxiom.

Though banks and credit unions typically have high-level data on customers, such as their ages and the products they use, data from external sources is a valuable supplement, says Phil Durnford, director of financial services at Claritas, which works with more than 100 financial institutions.

Claritas tends to get called in when an institution wants to understand more about its customers’ lifestyles, in an effort to tailor its marketing and improve its return on investment, says Durnford.

Once a bank or credit union reaches about $250 million in assets, “the executive team starts asking more questions around ROI and targeted audience,” he says. “The expectation is you need to know who you’re speaking to.”

Financial institutions also have been seeking data to support the increasingly digital nature of their businesses, Durnford adds. “Covid hit, then there’s a huge directive to do all of this digital banking and build out mobile applications.”

It's All About Behavior:

Claritas offers a product called P$YCLE Premier, a segmentation tool that bolts onto a financial institution’s customer relationship management system. It encompasses every household in the country and assigns each to one of 60 segments, Durnford says.

The product does not take race or specific ages into account, he says. However, it does account for the media habits of different groups – and O Bee learned that its customers were much more likely to engage with streaming services than with traditional outlets like radio, television and newspapers.

All Claritas needed to get started was addresses for O Bee members, Durnford says. The company could then determine which of the 60 segments each household fell into.

That enabled the credit union to go to streaming services and tell them which audience segments it wanted to target, Durnford says. The services schedule the ads on shows those audiences are most likely to be watching.

Using IP addresses for smart televisions, the streaming services can identify addresses where ads were played, Durnford says. An advertiser like O Bee will then know how many of those viewers actually sought out a new product. That ability allows for a more direct measurement of a campaign’s ROI, he says.

“It was a very strong showing,” says Wojnar, noting that O Bee ended up hiring more staff to help with the incoming loan volume.

But new loans were not the only measure of the campaign’s reach. The credit union had to pause the campaign for a week due to a scheduling mix-up with a vendor, Wojnar says. The number of visitors to the credit union’s website plummeted during the unplanned hiatus.