Subscribe Now Get The Financial Brand's FREE Email Newsletter
Integrity and authenticity are more important than product offerings or even innovation in driving consideration of financial institutions among younger consumers. Too much focus on fintech competition may be misguided.

While in many ways the findings seem counterintuitive, the research, conducted in the first quarter of 2019 by Calib on behalf of the European Association of Communication Directors, explores how the findings fit a logical pattern. 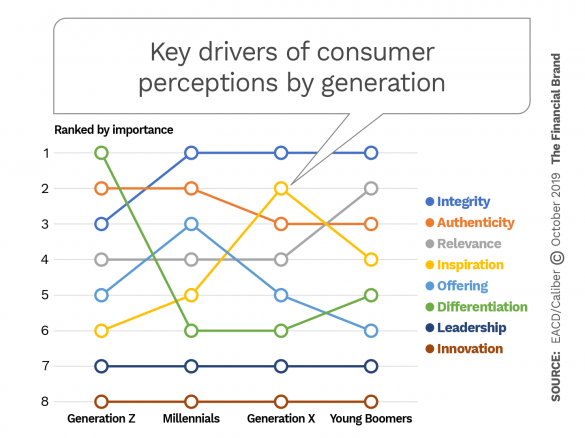 Read More: Why Some Financial Brands Win With Millennials (and Some Don’t)