Subscribe Now Get The Financial Brand's FREE Email Newsletter
While the U.K. neobank's plans to charter an American bank appear to be stymied for now, avenues like banking as a service arrangements remain on the table. Monzo's U.S. waitlist is still accepting new applicants and job postings for the San Francisco-based operation remain open.

The U.K. neobank Monzo has withdrawn its application for a U.S. national bank charter and federal deposit insurance — only days after publishing an enthusiastic blog interview about its future with U.S. CEO Carol Nelson.

Monzo had filed its OCC application in April 2020. The document sketched out a U.S. version of its popular U.K. mobile banking app. The Financial Times broke the news Oct. 4, 2021, that Monzo was pulling back the application..

The time elapsed wasn’t necessarily an indicator that the request was in trouble. The effort of Varo Money to convert into Varo Bank, N.A., for example, was approved in August 2020, after about four years of maneuvering and processing. Meanwhile SoFi shifted gears and gained access to the banking system by buying a small community bank.

Regulatory applications, especially for charters, are not like ordering something from Amazon. Law firms and other advisors typically engage in an intricate dance with regulators, sometimes before anything ever lands on formal paper. And the dance includes application withdrawals and new submissions later. So this may just be the “end of the beginning.”

What Could Happen Next

Monzo was told by regulators that the application was unlikely to be approved, according to the Financial Times. Monzo has yet to report a profit and the publication stated that the move highlights the caution among U.S. regulators about allowing lossmaking start-ups to become banks.”

In the company’s annual report for the fiscal year ending in February 2021 auditors noted that “the ability of the group to continue as a going concern is subject to material uncertainty. The group is expected to continue to be loss making over the twelve months from the date of the issuance of the financial statements and will not be able to meet its regulatory capital requirements without raising additional capital, as undertaken in prior years.”

In a statement issued from Monzo’s U.K. headquarters, the company said: “Following recent engagement with the OCC, we’ve decided to withdraw our banking licenses application for our U.S. startup. While this isn’t the outcome we initially set out to achieve, this allows us to build and scale our early-stage product offer in the U.S. through existing partners and invest further in the U.K. We have big ambitions for Monzo U.S. There are many routes to market we’re exploring that have been successful for other market entrants who are now major players.” [Emphasis added.]

When The Financial Brand asked which partners it would be working with on alternative approaches, the Monzo spokesperson mentioned Sutton Bank, a banking as a service provider that is taking part in the soft launch of Monzo’s U.S. activity.

More than Competition’s at Stake:

In spite of the resistance of many traditional players to encroachment by neobanks like Monzo, only one letter relating to the application appears in the public comment file. That comes from a major community activist organization.

The National Community Reinvestment Coalition opposed the Monzo application because it felt the neobank was not demonstrating a significant enough commitment to serving community needs. “Monzo is seeking a designation as a limited purpose bank, which would only need to engage in community development financing, not retail lending,” the group stated. The letter sketched out what the group believes any online lender should do to meet Community Reinvestment Act requirements.

Monzo’s application straddled the changeover of presidential administrations from 2020 to 2021. In an early press meeting Acting Comptroller of the Currency Michael Hsu signaled a tighter approach on chartering could be coming and he suggested disagreement with some past decisions under Brian Brooks, former Acting Comptroller during the Trump administration. The Biden nominee for the permanent post of Comptroller, Saule Omarova, a Cornell law professor, is skeptical about both fintechs and traditional banking. 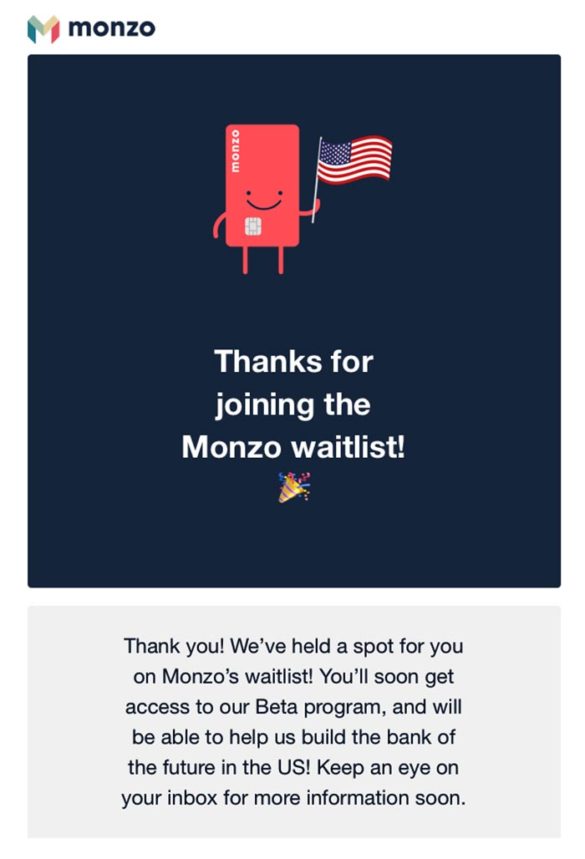 Monzo U.S. CEO Carol Nelson stepped into her job in early 2021 after serving as an outside advisor. She has had a long career beginning at Bank of America and including service at KeyBank and community banks. She replaced T.S. Anil, a former top Visa payments executive, who moved on from the U.S. post to become Monzo’s Global CEO after founder Tom Blomfield gave up the post, citing pandemic-related mental difficulties.

Monzo Wants a Nest Where Starling Flew on By

Monzo’s original ambitions to obtain a U.S. charter contrast with the plans of Starling Bank, especially given the two institutions’ shared history. Blomfield was originally part of the team that Starling founder Anne Boden put together to develop and launch the bank.

As she describes in her book, Banking on It: How I Disrupted an Industry, just ahead of Starling’s original launch date, Blomfield and most of the original staff left after a complicated disagreement. That group became the nucleus of Monzo. Boden formed a new core and launched a month ahead of Monzo, in the U.K.

Monzo currently claims over five million account holders, while Starling claims over two million, according to the firms’ websites.

Monzo and Starling compete in the thick of U.K. banking. In Britain an independent consumer rating survey of retail banks is held twice a year under government mandate. In the edition published in August 2021, Monzo came in first, at 83%, for overall service quality, followed by First Direct at 81% and Starling also at 81%. For online and mobile banking services, Monzo came in at 88%, just edging out Starling at 87%.