Subscribe Now Get The Financial Brand's FREE Email Newsletter
The provocative banking influencer is fed up with those who consider traditional banking institutions too 'dumb' to adapt to a digital world. Key insights from his upcoming book prove that some institutions are well along the path of true digital transformation. For the rest, Skinner explains what they must do to stay relevant. 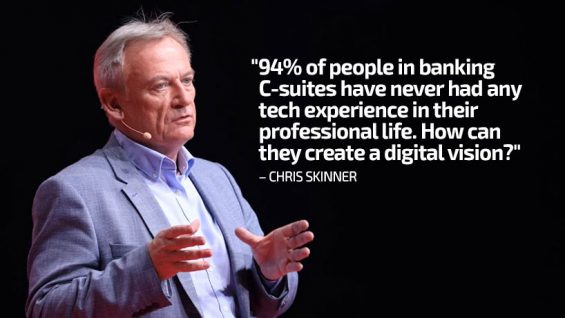