The conventional wisdom of retail banking right now can be reduced to a handful of points:

• The checking account is on its way out as the centerpiece of banking relationships.

• Everything is going digital so the branch is passé.

• Cash is beyond passé.

• Economic inclusion is something you pay lip service to, but it’s not where you make your money.

• To really excel at retail banking, you don’t even need to be a bank anymore. Just borrow some bank’s “plumbing.”

That assessment may be accurate for part of the retail banking universe, but not with the people that Dan Henry sees as the key market for his Green Dot Corp. and its Green Dot Bank. Henry, CEO, heads up a hybrid of sorts, part fintech, part banking-as-a-service provider, and also a chartered bank. Among other partnerships, Green Dot is the bank behind the Walmart MoneyCard, Amazon Flex and Apple Cash.

“I hate to put it this way,” says Henry, CEO, in an interview with The Financial Brand, “but to me the reality is that traditional banks and other financial institutions were designed to serve consumers and businesses with money, those with excess funds.”

In multiple ways, Henry continues, Green Dot “serves the consumer who’s living paycheck to paycheck and the small business trying to scrape together enough money to buy inventory or to make payroll.”

“I think that’s a different customer than banks traditionally serve” he says.

This doesn’t describe every person and small firm that Green Dot serves directly or through its partnerships with retailers, but it helps to explain the things that please Henry about the way Green Dot operates.

What Sets Green Dot Apart from Other Fintechs and Banks

While not completely contrarian, Green Dot stands out for not doing what’s “cool”:

• Green Dot started as a pre-paid card vendor, but since its acquisition of Bonneville Bank in 2011 (branded now as Green Dot Bank) it increasingly offers products built around checking accounts, frequently still with the option of getting checks and check registers.

• In cooperation with Walmart and other retailers Green Dot has over 90,000 physical locations where prepaid products, its GO2bank accounts, and other products can be obtained and where customers can deposit and obtain cash.

• At the same time, Green Dot has also been mastering digital banking for both consumers and small businesses, the latter including programs with the likes of Intuit’s QuickBooks Checking (originally QuickBooks Cash) and Uber.

“There are 100 million people living paycheck to paycheck in America and we can’t reach all of them by ourselves,” says Henry. He adds that the number of fledgling small businesses is growing exponentially and they need basic business banking services. For example, the Intuit QuickBooks Checking accounts, powered by Green Dot, come with paper checks if the account holder wishes. Green Dot has stated that the number of accounts through Intuit have quadrupled since January 2021 with one-third of them being with businesses in operation for less than a year.

“Traditional banks are not wired to serve these customers who we are absolutely built to serve,” says Henry.

Not being a typical bank helps Green Dot think out of the box while sticking to essential services, he says, but having a bank charter gives partners and potential partners access to the payments system.

“We believe we’re in a very unique position to help shape and define the future of digital banking, financial inclusion and embedded fintech.”

Henry says financial institution strategists have to avoid getting “stuck in our own very small neighborhood bubble,” and understand that other people’s financial services needs may be different from their own.

Even now, when the rapid advance of digital banking is broadly accepted, Henry thinks it is a mistake to plan as if everything traditional was over.

Predicting the end of checking accounts as a functional basic of banking “is somewhat shortsighted,” says Henry. “People have been predicting that cash is going away for over 25 years. Innovators always underestimate the stickiness of legacy systems.”

In some ways, Henry sees some vindication, or validation, in recent events in the banking industry for things Green Dot has done for some time. 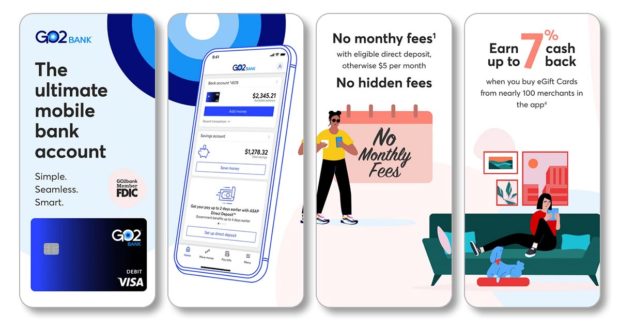 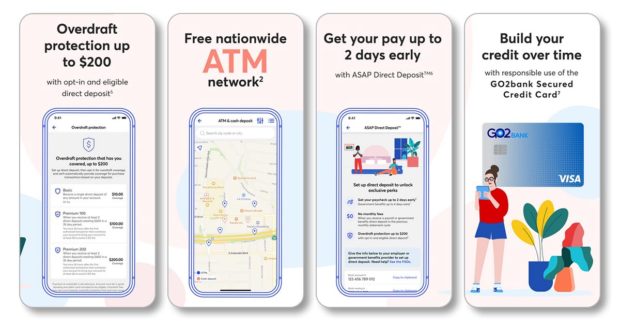 Take overdrafts. In Washington these are portrayed as a poisonous practice, but for many consumers living paycheck-to-paycheck they are a necessary aid to getting through to the next payday.

Henry says the company was an overdraft policy leader, before major banks began liberalizing their policies. With Green Dot, consumers have to sign up for email or text alerts, so they know their balance. The cumulative limit in a period is $200 and the number of overdrafts in a month and year are capped. But if the overdraft is cured in 24 hours, there is no fee. And Henry points to the fact that the fee is $15 if one is necessary, not $35.

Even a Fintech Needs Better Technology

Despite being a fintech (in part at least), Green Dot found that its technology was not up to speed in many respects. As a result, during 2022 Green Dot is engaging in a major revamp of its technology. Over years of acquisitions, including Bonneville Bank, it accumulated a hodgepodge of old processing systems. The company is rebuilding on a new system from Temenos that officials say will bring it a newfound agility to respond more quickly and easily to new opportunities and challenges.

“As we implement our new technology and processing platform at the bank, we will have a truly integrated product development and operating infrastructure,” says Henry. “Our value to our partners will increase.”

On top of this, while GO2bank is a profit-making business on its own, Henry says it also serves as a living fintech lab for developing new approaches and features. His intent is to share these with partners that want them added to the accounts that Green Dot designs for their customers. The company’s annual report notes something that’s not usually in such documents — it holds 15 patents and has one more patent application pending.

When you look at the balance sheet of Green Dot’s bank, you can see that the vast majority of its assets are in government securities, other than loans that chiefly come from the operations of the local bank, which still operates as Bonneville Bank, in Utah. That concentration in securities in part is because of the high turnover of balances — the securities are generally safe and liquid — but also because historically Green Dot was a deposit-oriented operation.

Henry would like to activate more of the asset side of the balance sheet and he sees buy now, pay later financing as a potential way to do that. It is still early days in his thinking, he says, but BNPL seems like a good match for the needs of the typical customer of Green Dot and its partners. Short-term finance for people who need affordable payments and flexibility is what BNPL is meant to be about.

In addition, though Henry didn’t address this, BNPL industry experts note that the fintech vendors of this service typically sell off their credit. Green Dot, with a bank with short-term deposits behind it, could move those funds from government securities to short-term lending, potentially improving returns by booking the BNPL assets. (LendingClub Bank adapted such a funding strategy for its personal loans in part when the original LendingClub combined with Radius Bank, which gave the merged institution deposit funding that could be used to fund loans instead of selling them.)

With better technology in place, such things could be possible. But Henry says the company’s basic approaches will continue. “The bigger picture for me five years from now is to be the biggest bank in the country that nobody’s ever heard of.”