Subscribe Now Get The Financial Brand's FREE Email Newsletter
Fintechs revolutionized the consumer lending process with simple digital application and near-instant decisions. All that sounds nice, and has grown like crazy, but new data suggests there is an ugly side to the fintech lending story: higher default rates. 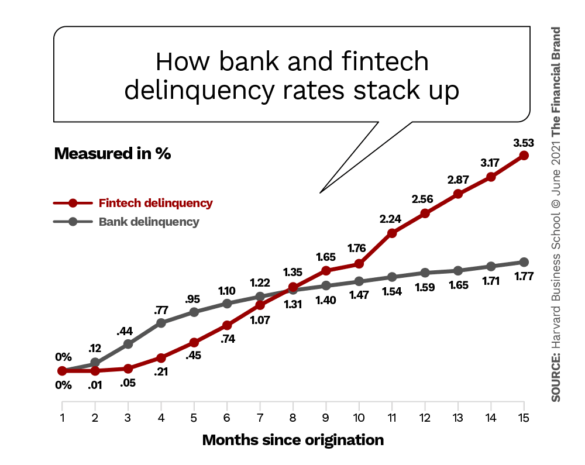