Subscribe Now Get The Financial Brand's FREE Email Newsletter
Neobanks are vying for space in the banking industry and the top tier list says a lot about how these challenger banks are performing. Chime is holding onto its first-place spot in the U.S. market for another year, but Current is projected to steal Aspiration's silver medal. 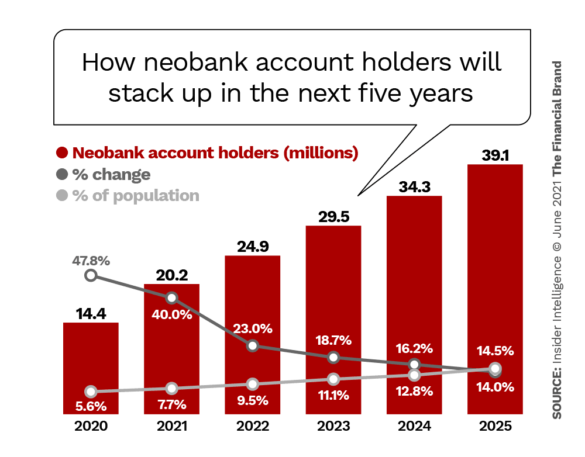 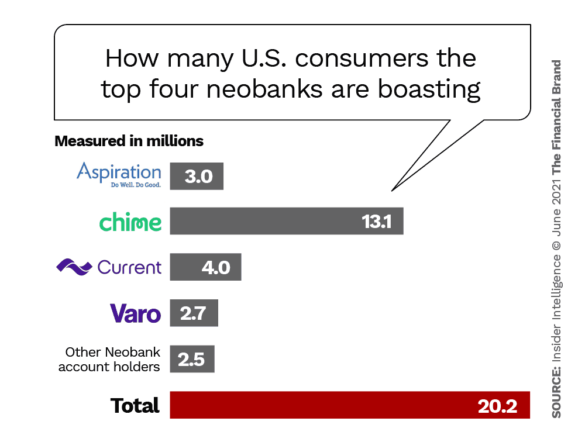 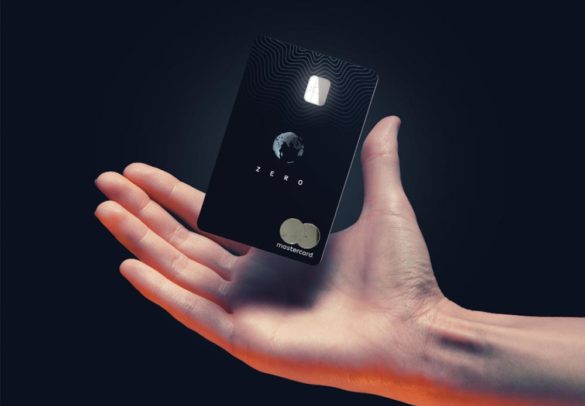