Subscribe Now Get The Financial Brand's FREE Email Newsletter
Though many nonbank online lenders saw originations fall in 2020, as did traditional financial institutions, they have already been seeing volume return. Banks and credit union lenders can look forward to competition heating up. 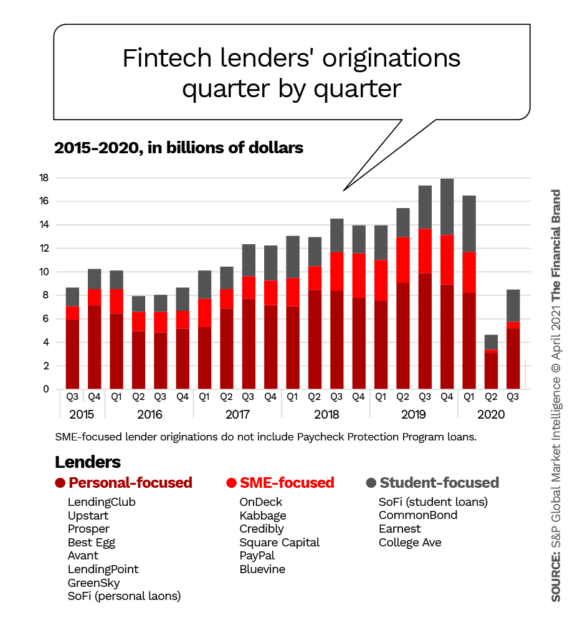 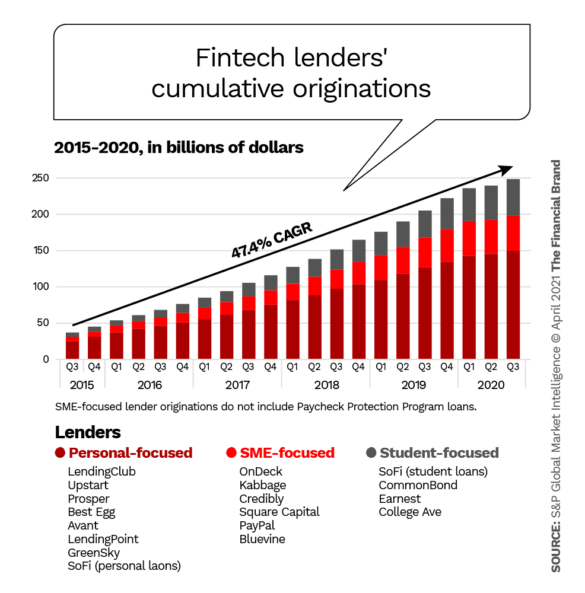