Subscribe Now Get The Financial Brand's FREE Email Newsletter
Awareness of fintech options among digitally active consumers is nearly universal, new study finds. While the fintech industry is still challenging banks and credit unions to up their game, it also is increasingly blending with incumbents into 'fintech ecosystems.' Challengers and challenged may both be threatened by big non-financial companies like Amazon. 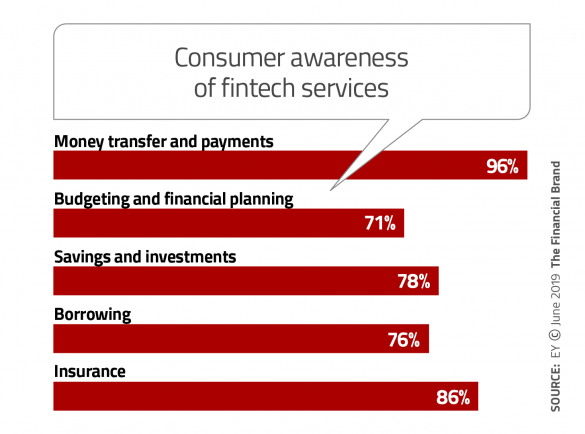 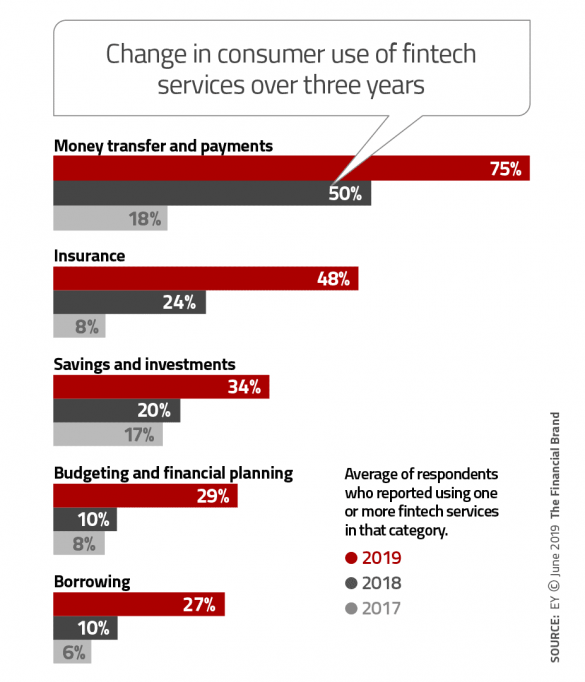 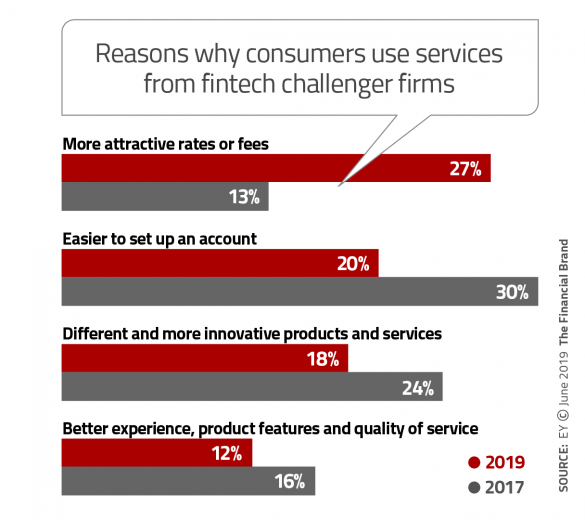