Subscribe Now Get The Financial Brand's FREE Email Newsletter
While the adoption of fintech services has skyrocketed globally, adoption rates in Canada and the US are some of the lowest in the world. Is this good news for legacy financial institutions or a warning sign for the future? 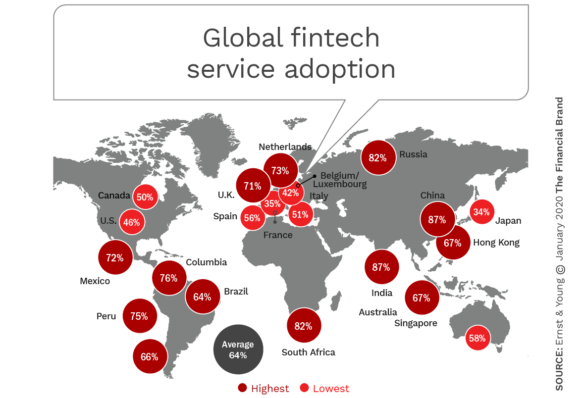 In research done for the U.S. by Cornerstone Advisors, commissioned by Q2, they verified what many in the industry already know … that acceptance of fintech services is not uniform across all demographic groups. According to Cornerstone Advisors, “Older Millennials” (63%) and “Gen Xers” (54%) have above average adoption, while “Younger Millennials” (37%) and “Boomers” (27%) have lower penetration. 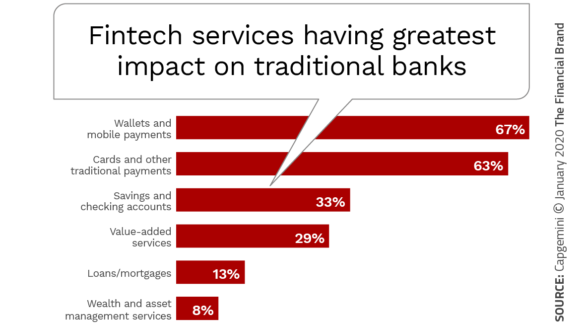