Subscribe Now Get The Financial Brand's FREE Email Newsletter
The PayPal P2P app brings Amazon fresh customers with digital balances they are itching to spend, at a lower cost to the ecommerce platform than traditional payment channels. In return PayPal gets semi-exclusive access to the world's leading online retailer.

PayPal’s announcement that Amazon will begin accepting its Venmo P2P payments service in 2022 means much more than simply a deal between a popular place to spend and a popular payment app.

For financial institutions it represents yet another incursion into banking by Amazon — characteristically favoring an oblique approach rather than a frontal assault. There are at least three major ramifications:

A Deep, Deep Well for Amazon

More than 80 million people in the U.S. use Venmo. Total PayPal P2P volume, including PayPal, Venmo and Xoom, a remittance service, hit $92 billion in the third quarter of 2021.

“This widens an already wider Amazon buyers pool,” says payments expert Richard Crone, CEO at Crone Consulting LLC. The service skews younger, spelling opportunity for future spending and the potential for reaching people who may not use or qualify for credit cards, he points out. However, the Venmo base “draws from every demographic group,” including Gen X and older consumers, Crone points out.

The Venmo deal could also lead to another big plus for PayPal, if it were to be added as a BNPL option on Amazon’s checkout page. While Amazon has a deal with Affirm, a major BNPL firm, ecommerce companies are increasingly offering multiple BNPL choices. A tie-in to Amazon would be a major plum — actually, more of a watermelon.

The Amazon-Venmo combination also gives Amazon the potential for a massive infusion of supportive publicity via the “social commerce” aspect of Venmo. This is something traditional payments providers typically don’t have. Venmo users often use the platform to not only transact, but then put out the word socially to a user’s connections.

Big will benefit big. “With size, comes pricing power,” said John Rainey, PayPal CFO and EVP, Global Customer Operations, during an earnings release call during which the deal was announced with sketchy details. “We enjoy that in our business, and certainly some of our merchants that are larger are going to have more favorable pricing than others.”

Synergy Driven by a Bigtech-Fintech Combo

There’s a synergy to the deal for both companies that will also change some of the dynamics of who buys on Amazon and how they spend — and for the future competitive stance of payment vehicles that started as “person-to-person” instruments. In addition, the coming arrangement brings a major slug of untapped money residing in Venmo accounts to one of the world’s easiest places to impulse buy.

PayPal’s own research indicates that 47% of Venmo users would pay with Venmo if an online merchant offered the service. So the companies’ deal promises to increase sales for Amazon and transaction volume for Venmo.

“Ubiquity of acceptance is really important for us, whether that’s online with merchant acceptance, or even in the offline world,” said Rainey. “Those are things that we’re really trying to emphasize, and so [we are] quite excited that we now have placement at what is the largest ecommerce player, at least in the United States, if not the world.”

In terms of payments accessibility, acceptance of Venmo marks a new strategy for Amazon in the U.S. The ecommerce giant has not accepted PayPal or Venmo and other third-party payment options, just credit and debit cards. Amazon offers co-branded cards issued by JPMorgan Chase and Synchrony and business-oriented American Express Amazon cards. One of the advantages the co-branded cards have is the ability to earn rewards, something not touched on in PayPal’s limited detailing of the arrangement. In the PayPal research cited earlier, 60% said rewards would make them more likely to use the service.

(While PayPal discussed the deal with analysts and put out a short press release, Amazon has issued nothing on the matter and did not return answers to emailed questions from The Financial Brand.)

Is it any wonder why? “Venmo has a lot of cachet among the Millennial demographic,” Rainey said during the earnings call. “That is perhaps the most-coveted demographic of spenders that exist today.

Venmo transactions can be funded by transferring bank deposits to the account or linking it to a credit card line. In a July 2021 ranking of payments services used for online shopping, Mercator Advisory Group found that the leader was PayPal, specifically, at 24% of consumers. This was followed by Visa Checkout (13%), Amazon Pay (11%), Apple Pay (10%), and a tie between Google Pay and Venmo, both with 8%.

The Amazon deal could see Venmo rocket up that ranking.

The Digital Currency Squirreled Away in Venmo

Crone says Venmo accounts hold billions in unused prepaid balances, “virtually turning them into bank accounts at the point of sale.” He sees acceptance by the nation’s largest ecommerce site as encouragement to Venmo users to leave funds in their Venmo accounts — both funds they transfer to Venmo, and payments they receive from fellow users.

In addition, PayPal and Venmo accounts can already be used to buy, hold and sell cryptocurrencies. When those are sold the proceeds remain in the account unless transferred. The path from that to enabling purchases in cryptocurrency isn’t hard to see.

As noted in the “Noyes Payments Blog” by Tom Noyes, few consumers use debit in ecommerce. When Venmo is used by funding it from bank deposits, it effectively functions as a debit card. Many consumers will find that attractive. Meanwhile Noyes, reading the tea leaves since few details have been revealed, believes the pricing obtained by Amazon is cheaper than other payments streams would permit.

Crone suggests that the Amazon-Venmo arrangement is a coup for the P2P player that will also be troublesome for the bank-owned competitor Zelle to counter.

“Zelle’s operational covenants with its banking owners restrict it from competing with debit cards, so it will be very hard for Zelle to introduce a competing option if it would cannibalize the existing debit interchange structure.”

The consultant also points out that while PayPal/Venmo is one united player, Zelle is offered through many institutions.

“Thousands of banks and credit unions still don’t offer Zelle or any other P2P payments service,” says Crone. “Unlike Zelle, which charges financial institutions for P2P and disbursement transactions, institutions promoting PayPal and Venmo actually earn interchange when prepaid funds are loaded into these accounts.” He suggests those institutions will receive some benefit as Venmo payments on Amazon take off.

Older generations scoff at the idea of publicizing your financial transactions on a social app, but it’s a factor that payments companies can’t ignore. In fact, it is very much on PayPal’s mind, and no doubt on Amazon’s.

Rainey noted during the earnings call that PayPal is already facilitating payments on Instagram and Facebook and has explored the idea of contextual commerce with other platforms.

“I think that is where the puck is going,” said Rainey. “We enjoy a great platform today, that is the very definition of social payment, in Venmo. So this is kind of a natural extension of that, and we’ll continue to explore opportunities around that.” He noted that the company’s acquisition of the deal-finder browser extension Honey is of a piece with social.

What the Amazon-Venmo synergy could produce down the road fires the imagination of some. Crone suggests that a win/win/win would see creation of a U.S. version of China’s huge PinDuoDuo. The latter is an online marketplace that allows consumers to not only buy individually but to club together to obtain volume discounts.

Amazon already has a huge “fan base” through its Amazon Prime service, and there’s precedent for consumers getting together.

During the height of pandemic lockdowns and travel bans Amazon launched “watch parties” where friends and family could “gather” to share a show. It’s not inconceivable that this spirit could expand to purchasing. Amazon already offers many types of goods on a subscription basis. Consumers could readily get aboard shared purchasing that ties into a social commerce channel.

In the meantime, the younger consumer’s propensity for publicizing what they do in their lives via social media plays to merchants’ desire for free publicity and Amazon would welcome promotion and word of mouth endorsements of their offerings in the same moment that a Venmo user is making a purchase. 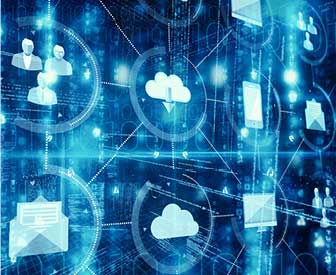