The close of 2011 marks the end of The Financial Brand’s fourth year. What articles caught the attention of bank and credit union marketing professionals in the last 12 months? Five articles on branch environments, one research study and one how-to are among the most-read stories in 2011. 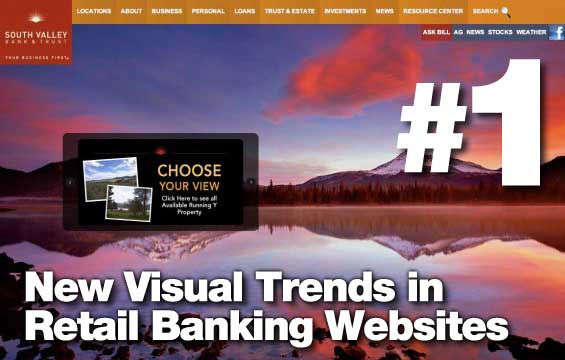 It wasn’t a big controversy or in-depth strategy discussion that earned the top spot for The Financial Brand’s most read article in 2011. Published back in March, this review of seven visually-centered banking websites is editorially tame compared with much of the material published on The Financial Brand. Nevertheless, it was viewed over 13,000 times. Consumers can smell a stale website a mile away, so if yours is overdue for a makeover or you’re just looking for some fresh ideas, this article is definitely one for the bookmarks. 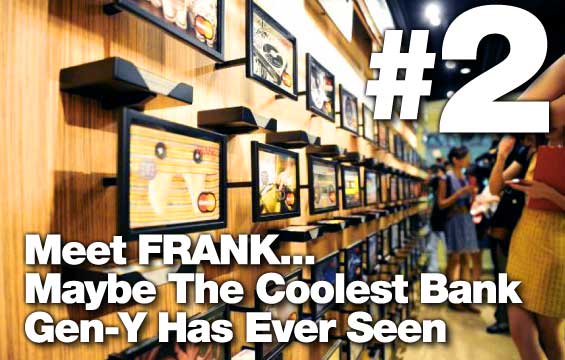 This article about OCBC’s sub-brand targeting Gen-Y — dubbed FRANK — was read nearly 12,000 times. FRANK is by far and away the coolest Gen-Y integrated marketing initiative The Financial Brand has ever seen any bank or credit union undertake. Dripping with style, the brand has obvious appeal to young people… as well as the bank marketers targeting them. SEE MORE. 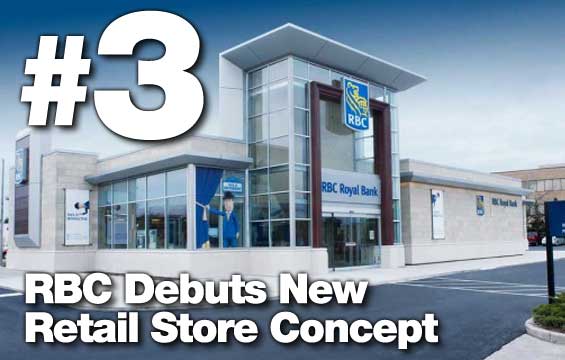 Keen to see how Microsoft Surface technology impacts the future role of branch environments, financial executives around the world checked out this photo tour of RBC’s new concept store over 10,000 times. RBC’s objective was to change the experience from “banking” to “shopping” by transforming a traditional branch space into a retail environment. They describe it as a hybrid of best-in-class retail shopping and financial services. What do you think? Is this the future of financial retail? Did they hit the mark? Or fall short? 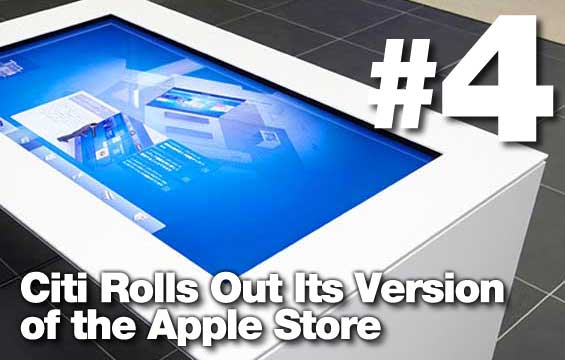 Citi hired the architects behind Apple’s innovative store concept to design its new flagship location. Three years in the making, Citi’s “Smart Banking” branch model became the prototype for locations opened around the world, including Singapore, Japan, Hong Kong and New York. The Financial Brand’s photo tour was viewed some 10,000 times in 2011. 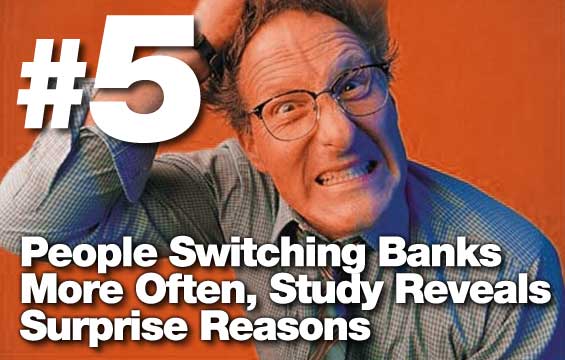 A research study from JD Powers contradicts a common assumption among bankers that consumers switch financial institutions usually over service, rates or fees. But none of those issues oft-cited within the industry are actually the #1 reason most people say they switch. The surprising results — coupled with other insights and datapoints from the study — helped push this article up near 10,000 views. 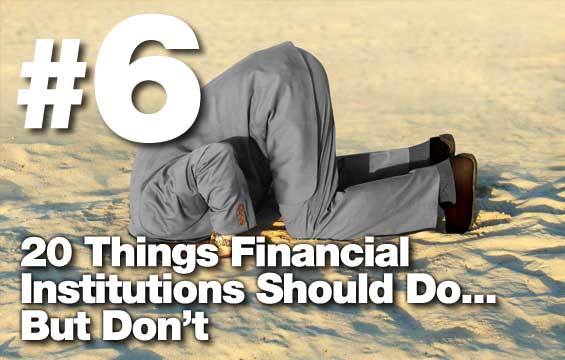 Here is a list of 20 priorities for retail financial institutions — things some may be doing, but most say they can’t, don’t or won’t. The list of low-hanging fruit might read like a list of “duhs,” but many banks and credit unions make excuses and bury their heads in the sand. 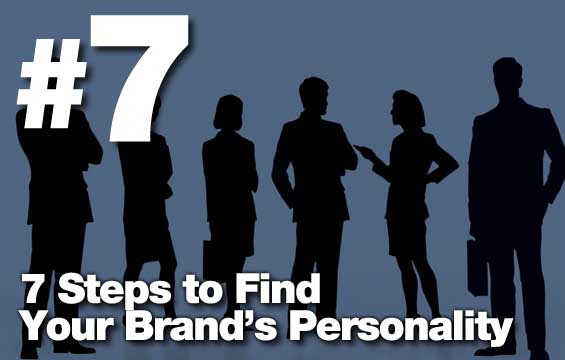 What is a brand’s personality and why is it important? This how-to article provides seven different branding tricks you can use to identify your bank or credit union’s core personality attributes. Any of these exercises could easily be integrated into a strategic planning session for your board or management team. 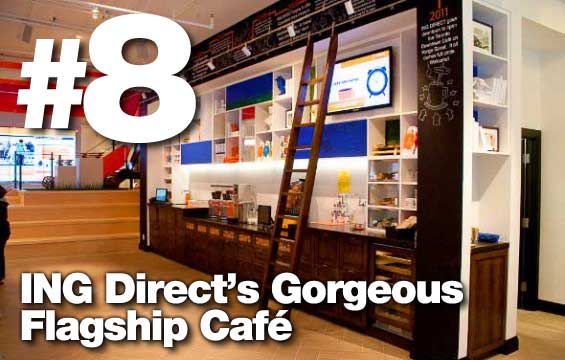 ING DIRECT Canada opened a stunning, three-story flagship café in downtown Toronto. The open-concept space boasts a unique, post-industrial loft aesthetic that can clearly be traced back to the previous tenant, Pier One. The first floor houses a café where people can hang out and enjoy free WiFi and coffee — all at discounted prices. The second floor, called Network Orange, is a high-tech shared-office space for independent businesspeople. It’s a very innovative space — worth a look. SEE MORE. 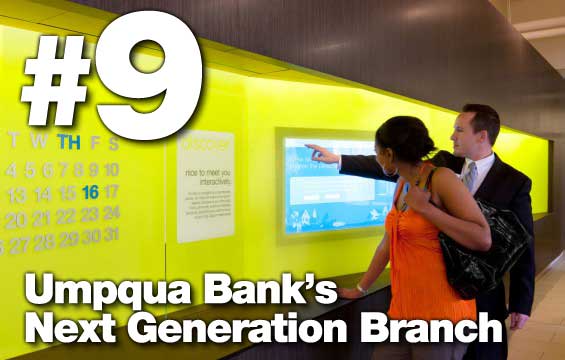 Umpqua Bank is world famous for its branch designs. In this iteration, a huge green interactive ribbon called the “Discover Wall” dominates the space. The Discover Wall is an interactive touchscreen that digitally showcases financial tools, product information and the many ways in which Umpqua supports local communities. The location incorporates a modest café space where consumers can bank online, surf the web and explore Umpqua’s in-store digital experience. Coolest feature? A hotline phone that connects customers directly to the bank’s president. 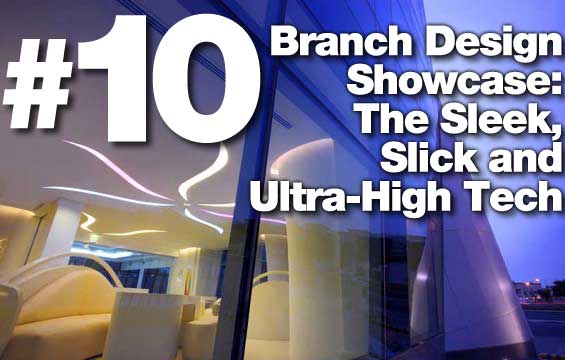 Some banks want to create a warm, cozy branch environment. Not these banks. They eschew the feelings of a homey living room for super high-tech sophistication. Join the thousands of others who have take this photo tour of ten contemporary branch concepts in retail banking.

The controversial article, “Why Social Media Is a Waste of Time for Most Banks & Credit Unions,” was read over 10,000 times right after it was published in November 2010, plus another 6,000 views in 2011. With 16,000 total views and 116 comments — worth reading themselves — this story is the most popular in the history of The Financial Brand.