Ask a bank or credit union exec to list their organization’s top priorities right now and a good portion of them are likely to begin with “more fee income.”

And according to Mike Branton, managing partner of StrategyCorps, the chief challenge for these fee-hungry financial institutions is how to get more of income without ticking their customers off.

“Thoughtlessly slapping a new fee on an existing and previously free service isn’t the answer,” Branton says. “Nobody is going to pay for a basic checking account, or basic mobile banking or basic online banking today.”

“Free checking has conditioned consumers to think those kinds of things should be free, and if you try to start charging a fee for them, consumers aren’t going to respond positively.”

Branton says banks and credit unions need to add value into the mix if they want more fee income.

StrategyCorps’ solution to this problem? BaZing, a new mobile app the company launched about two years ago.

BaZing feeds consumers local deals and discounts from over 300,000 merchants — including national and regional chains — based largely on users’ mobile banking activity. The app identifies nearby retailers who have created special BaZing offers, then produces digital coupons that users can redeem in-person simply by showing cashiers their mobile device. 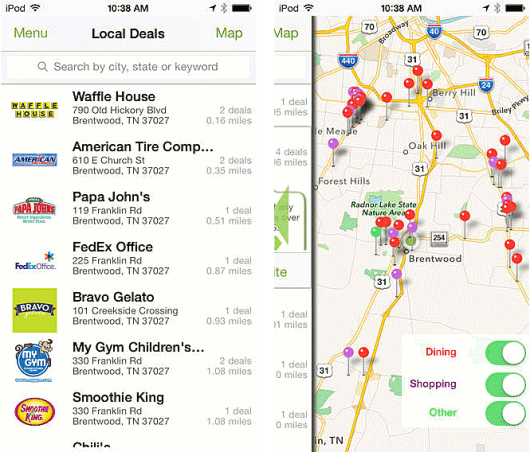 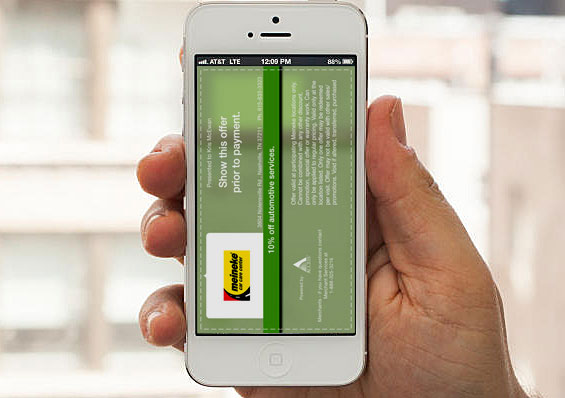 Branton says financial institutions can charge a fee premium for checking accounts carrying the BaZing mobile couponing app. According to Branton, BaZing delivers around $75 of new fee income annually per account on 40% of existing checking relationships. That number drops slightly to around 30% for new accounts opened, but it’s still a very healthy adoption rate.

BaZing also includes cellphone and identity-theft protection, roadside assistance and a variety of other insurance products, depending on how the bank or credit union decides to structure its BaZing accounts.

Branton describes BaZing as a product that enhances an otherwise ordinary checking account “by providing in-demand consumer benefits that are so relevant to customers they gladly pay a fee to gain access to them.”

Financial institutions wanting to integrate BaZing pay StrategyCorps an implementation fee, which Branton says covers the work his firm does to customize the app for each particular bank or credit union. The size of this fee depends on the size of the bank or credit union, but Branton says the range is between $10,000 and $30,000. If the financial institution ultimately doesn’t deploy BaZing, Branton says they can have 100% of their money back.

As for ongoing maintenance fees to keep BaZing active, Branton says financial institutions can pay as they go. “Let’s say the bank gets $4 to $6 a month from every customer who pays for an account that has BaZing benefits linked to it, and then they revenue share with us $1.35, which is our standard pricing today.”

As for fee income, BaZing seems to have done an impressive job since it was first made available in early 2012. StrategyCorps says Bazing, along with a few of the company’s other solutions that preceded it, have helped banks and credit unions generate nearly $500 million in non-overdraft-related fee income.

Chiefly responsible for that success, Branton says, is that, “on average, about 40% of a bank’s or credit union’s customers will pay roughly $75 a year” to gain access to the deals offered via his company’s flagship product.

Financial institutions deploying mobile app have the choice to brand it with their own private label or stick with the BaZing brand.

“They can call it whatever they want,” Branton assures.

You can watch a short video demonstrating how BaZing works over at Finovate.