Subscribe Now Get The Financial Brand's FREE Email Newsletter
51% of US adults bank online, while 32% transact bank business on their mobile phones. Here's a breakdown profiling users so you can target consumers with the right digital channels.
Subscribe Now!

61% of all internet users in the U.S. bank online. 35% of cell phone owners bank using their mobile phones. And both types of digital banking are on the rise, according to research from the Pew Internet & American Life Project.

In 2010, only 46% of U.S. adults (58% of internet users) said they banked online. By 2011, 18% of cell phone owners said they had used their phone to check their balance or conduct some other similar business with their bank. 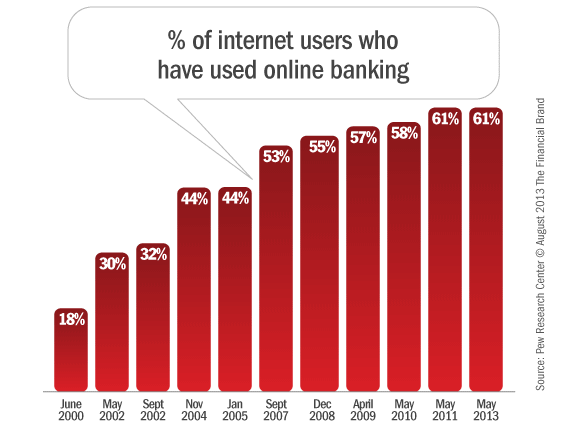 The Demographics of Online Banking Users

Susannah Fox, Associate Director for the Pew Internet Project and author of the research, says young adults (ages 18-29) and whites represent the two groups seeing the most significant increases in uptake of traditional desktop-based online banking.

Mobile Banking Users: Who Are They? 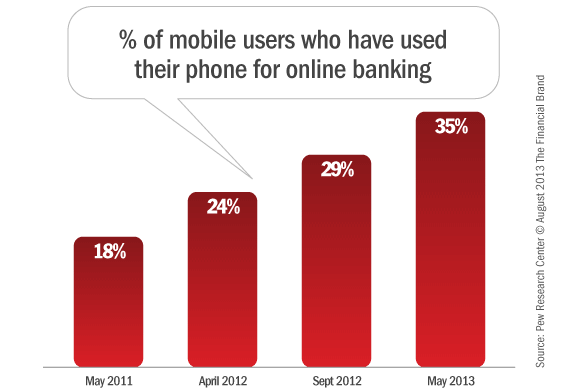 These findings dovetail with surveys conducted by Ipsos Public Affairs for the American Bankers Association (ABA). In 2012, 39% of U.S. adults said they prefer to bank online (up from 36% in 2010) and 6% said they prefer to bank on a mobile device (up from 3% in 2010). Adults between the ages of 18-34 years old are driving the growth in both online and mobile banking, according to the ABA.