Subscribe Now Get The Financial Brand's FREE Email Newsletter
The consumer payments industry will process about $2.7 trillion of card-based payments in the US in 2015. There is a massive amount of mobile-centric innovation occurring in the payments space, intensifying competition for consumers' wallets.

If you are involved in payments industry, you know that the last five years has seen some amazing new technologies finding their way to into mainstream payments landscape. The interest in payments is so palpable that many new startups have emerged to disrupt the status quo. It is not just the new startups that are disrupting the landscape, but even large existing Silicon Valley giants have launched their first foray into payments (Apple) or have rebooted their existing initiatives (Google).

Because of the recent changes in the payments competitive landscape, I thought it would be helpful to evaluate the primary mobile wallet players and new card-based payment devices from a technology adoption perspective to determine how banks and credit unions may be able to benefit from this new wave of innovation.

The solutions to be covered in my two part analysis include:

Each of the above technologies has strengths and weaknesses. The first five are mobile wallet solutions that enable paying through the phone at the POS as the primary modality of payment. The final four use a standalone plastic device along with mobile phone as a supporting accessory to conduct payment at the POS.

I will be covering the mobile wallets today, with my subsequent article on the card-based solutions being published tomorrow on The Financial Brand.

Apple Pay was introduced with grand fanfare in late 2014 and appears to have grown in acceptance by merchants and users ever since. At Apple’s Watch event, Tim Cook has announced that Apple Pay is now accepted at over 700,000 locations. That includes 50,000 Coca-Cola machines, where as many as 100,000 units will take the wireless payments by the end of the year. This compares to just 220,000 points of sale at introduction, reflecting both the acceptance of Apple Pay and the quickening conversion to NFC terminals by merchants. This acceptance should only increase with the addition of Apple Watch users. 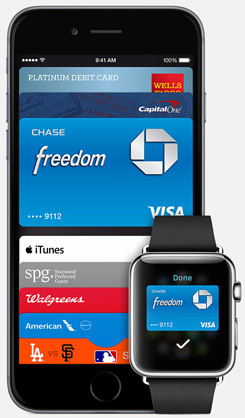 Google Wallet was the mobile wallet pioneer in the US in using NFC technology. However due to lack of partnerships and the telecom providers unwillingness to install the wallet as part of the new phones being sold, it did not see early mainstream adoption.

After the launch of Apple Pay, Google did a major reboot to their wallet initiative and was able to broker a partnership with Softcard (who is now defunct) to acquire some of its IP, and is planning to re-launch the wallet and the Payments API platform.

Analysis: Android Pay maybe late to the party, but it may provide a challenging alternative for Apple Pay after its launch. The open API model may allow integrating payments into variety of devices, real world use cases, and applications like mobile banking. The success of this is something we will have to wait and see. 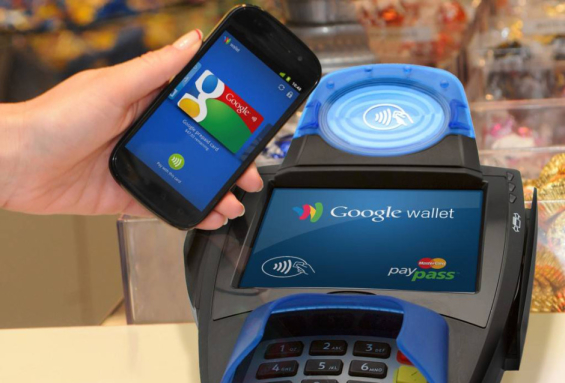 Samsung acquired the mobile payment startup LoopPay barely a week before Google’s announcement of Softcard deal. This has put Samsung in an interesting position where it is one of the first device manufacturers to provide a wallet offering directly competing with Apple Pay. The plans of how Samsung will support Android Pay without stressing the relationship with Google is unknown at this point in time.

Analysis: Samsung Pay may be the first direct competitor to Apple Pay to launch in the US with a similar feature set. Samsung has built the S6 and S6 Edge devices to be a premium offering, and wants to go head on with Apple iPhone 6 and iPhone 6 plus.

While many industry analysts question Samsung’s strategy to drop some of the features loved by Android users (waterproof, replaceable batteries), the S6 line of phones may provide a very strong alternative to the iPhone 6 and 6 plus.

Apple stole the news for the record number of phone sold in Q4 2014 (approx. 74 million), with Samsung losing the top spot but still managing to sell a relatively close 73 million phones worldwide (TechCrunch). With a 24.7% world smartphone sales market share (compared to Apple’s 15.4%), Samsung still has a comfortable lead/user base. If this user base upgrades to the S6 device from the prior iterations, gives Samsung Pay a try, and likes what they see, Samsung Pay will manage to keep a spot in the mobile wallet payments race. 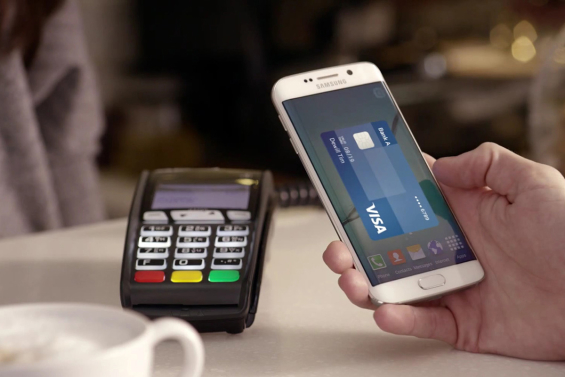 It is hard to analyze a mobile payments wallet, which only a few have used in Beta. MCX is the merchant conglomeration that is building their own mobile wallet to bypass the interchange fees paid by merchants to the payments network. MCX is basing its mobile wallet using Paydiant’s QR code / cloud wallet technology to their in store payments. The PayPal acquisition of Paydiant came as a surprise to many and saw the industry consolidating under a few well-funded players

Analysis: The QR-code method of payments is still being successfully used in Starbucks for their mobile payments. From a consumer point of view, it remains to be seen if people will be motivated/willing to link their bank accounts to save interchange fees for a merchant in trade for nominal rewards/offers and coupons.

PayPal does not provide a mobile wallet in the traditional sense. The PayPal app allows you to tap into a list of merchants who accept PayPal in a geographic area. By checking into the merchant when you are in the location (either using the app, or by automatically sensing a PayPal beacon at the store), PayPal allows to make a payment using your PayPal funding sources. By using your picture taken at the time of application enrollment, PayPal provides secure payments at POS.

Analysis: PayPal has made some significant acquisitions in the payment space with Braintree/Venmo and Paydiant. PayPal also has an impressive existing user base with numerous cards and bank accounts on file for each customer. They also have been fighting payments fraud for more than a decade, which puts them in a unique position when it comes to fraud fighting capabilities.

It is up to PayPal’s new incoming CEO Dan Shulman to combine all these strengths to make a strategic unified mobile payments/wallet offering so that PayPal can get a spot on the mobile payments race and not suffer the same fate as Square Wallet.