Subscribe Now Get The Financial Brand's FREE Email Newsletter
Suncorp — a "Tier Two" bank in Australia — has successfully tackled these challenges, developing a multi-award winning mobile experience that includes features like “BillSplitter,” a bill sharing tool. Here's how Suncorp crafted new mobile innovations like this on a much smaller budget.

By Simon Clarke, Manager of Digital Banking at Suncorp in Australia

With the rise of mobile banking as a primary engagement channel, it can be difficult for smaller institutions to compete when it comes to innovation. Certainly community banks and credit unions face fewer constraints, tighter budgets and fewer resources, but that can often lead to a much more creative culture fueling innovation at far greater speeds and with greater agility and impact than their larger, less nimble counterparts.

For instance, Suncorp enables its IT staff to participate in 24-hour “Innovation Days.” BillSplitter was an initially an idea that sprung out from a business analyst. He was living in a rental property at the time, and by his own admission, simply wanted to build an app that would allow customers like him to split shared household bills and automatically receive payment from his co-tenants.

How would one take a budding idea such as “BillSplitter” and make it a reality, particularly considering the constraints posed by both budget and the core banking system?

Within the bank’s digital team, a continuous “design and delivery model” had already been established for all new mobile features — a “rapid release cycle” that left BillSplitter with 6-8 weeks for design and testing. 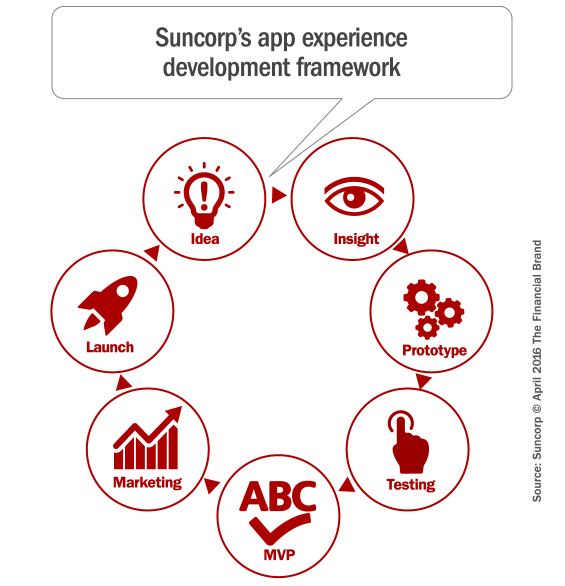 The most important element in the innovation process is understanding the market, the need, and the competition. When it came to splitting shared bills, we needed to determine if our target market would actually consider it, use it, and that it would provide some ROI (to Suncorp), whether it be UX/satisfaction, stickiness or engagement.

Suncorp surveyed 2,000 customers. Most said they managed their shared household bills either via a “note on the fridge” or via other similarly manual means, such as SMS. Early in the process, it was clear that Millennials were the key segment for design and marketing of this new bill-splitting feature. But at a fundamentally emotional level, additional insights revealed that this segment found it “awkward” to ask roommates — their friends — to pay them back. This played a significant role in how we decided to optimize the feature’s function and design. We focused on making this “awkward” interaction easier. 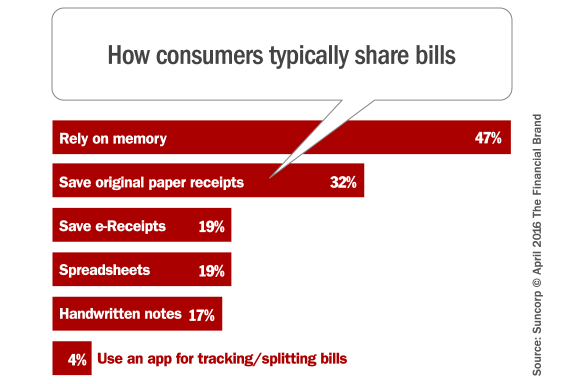 Taking the initial “hackathon” idea, the team spent a few days developing wireframes, mock-ups and an app prototype. The initial questions asked when scoping out the design and build:
https://en.wikipedia.org/wiki/Hackathon

There were already bill-splitter type applications out there, but there hadn’t been one in Australia that focused on the auto-management and reconciliation of shared payments. During development, it was clear that a simple, intuitive design would be key, and there had to be a differentiator if we were to generate interest in the category of “finance apps” (generally a big yawn).

Once a prototype was fleshed out, user testing sessions were booked in with a range of participants in the Millennial segment. The feedback was generally positive, but there were a few interesting observations.

It’s a challenge to encourage reading micro-text on applications at the best of times, but when it came to Millennials, any modal screen and piece of contextual assistance text was ignored. It was white noise. This made it clear that the UX for BillSplitter needed to be intuitive and simple to use, without relying on assistive cues. This prompted us to completely rethink how we wrote our micro-copy, instead utilizing pop-up modals (and not too much!) to ensure users would understand the BillSplitter process without disrupting the user journey.

Reality Check: Designing for Millennials using “old banking processes” can be a challenge.

When designing a new feature for Millennials — particularly when trying to use traditional banking terminology — was challenging. We tried to find the right balance, ensuring the workflows, information and messages are appealing and understandable to the target audience. However, testing revealed that blending familiar/traditional financial services nomenclature was polarizing for Millennial users.

User testing allowed Suncorp to refine the UX of BillSplitter, but we had a backlog of functions and elements that we weren’t entirely sure were necessary or needed for the final product. To ensure we nailed the final UX and to assist with prioritizing remaining features, we ultimately decided to pursue simplicity — a “minimum viable product” (MVP) of BillSplitter within the existing Suncorp Bank app. Feedback loops were installed into the bill-splitting feature to allow customers to try it and provide their input. Throughout the testing period, there were over 250 emails sent to Suncorp’s mobile “Product Owner” to review and prioritize. In the end, we had designed, built, tested, validated and launched an “MVP” of BillSplitter within a six-week window. 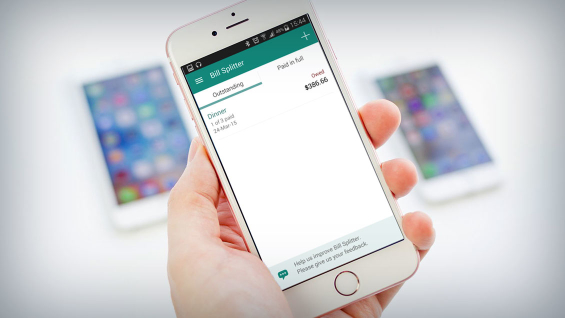 One consistent point of feedback was the ability for BillSplitter to send a reminder. Another request we received was the ability to allow bill managers to mark a shared payment as “paid in cash” — to account for those who’ve paid their share through non-digital payment mechanisms.

The MVP release also made us aware of a number of small UI and UX issues we could tweak, while also informing us with direct customer experience data of what priority we should place on the final iterations of development to ensure the product is fit for its intended purpose with the target audience.

Apart from allowing us to build and refine the end product purely from direct customer feedback, a MVP approach allowed us to develop a rich backlog of enhancements to the feature.

Having the Suncorp marketing team involved in BillSplitter development was a major advantage in being able to craft a campaign + content plan (at speed and on brief) as the product evolved. Marketing elaborations as well as mock-ups were reviewed every week to capture ideas and form a consistent communications, content and marketing plan. Composing marketing briefs and exploring creative concepts for a digital product was relatively new territory for our marketing team who typically market intangible products with little customer interactivity. This successful new way of working ultimately led to a fuller adoption of agile marketing practices that are in full force today in Suncorp today.

A marketing elaboration session while BillSplitter was being built.

By having early access to the “awkward” insights, it allowed the team to focus on building creative that fully utilized the product itself visually as well as give a longer lead time to develop concepts.

A mix of pre-roll, SEM, site takeovers and sponsored posts were utilized – all aimed at the millennial market – particularly college students. With a running thread of “Splits bills and keeps mates together” it allowed for light comedy to be utilized for awkward bill sharing situations. 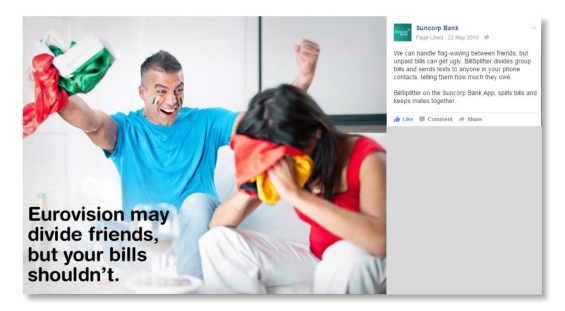 Contextual Facebook posts as part of the lead-up to launch.

After three weeks of final feature adding and tweaks, BillSplitter was launched in the Suncorp Bank App. To date over 5,200 bills have been shared worth $1.4 million. The top five uses for BillSplitter so far have been breakfast, rent, car, coffee and electricity.

It was an exciting initiative to be part of and one of where much learning came about in building digital experiences at speed to meet a consumer need.

1. Use internal talent. Everyone has a bank account and (therefore) has ideas.

2. Validate your idea against the competition. Understand what your “wow” feature is.

4. Test. User test along the entire journey to minimize unnecessary development and ensure a refined UX.

5. Think simply. Utilize a MVP with in-built feedback loops. Releasing a feature or product 80% with feedback mechanisms will develop far better quality than 100% and missing the mark.

Simon Clarke is currently manager of Digital Banking for Suncorp in Australia. The Suncorp Group is the largest general insurer as well as the fifth largest bank in Australia, with over 9 million customers. Simon has spent over 11 years in banking with the last nine working for Suncorp to build out their digital banking strategy. An avid Millennial digital banker, Simon has been proactive in embedding lean and agile ways of working within business digital teams to enable cross-functional banking innovations.