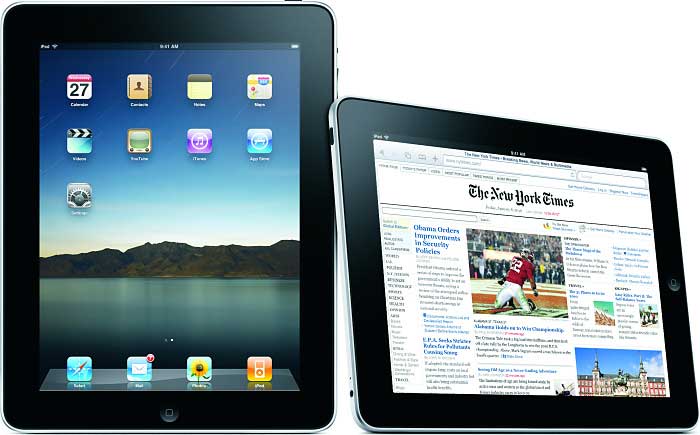 The iPad is somewhere between an Amazon Kindle e-reader, a portable DVD player, an Apple iPod Touch, and an Apple MacBook Air but without a keyboard. The interface has been replaced with something akin to Microsoft’s Surface touch-screen technology.

“Tactically, it should have
almost zero impact.”
— Jim Bruene, Netbanker.com

Apple believes its iPad fills a niche between mobile phones — which can be too awkward for things like web browsing and watching videos — and laptops, which can often be bulky overkill.

For some Apple fans who already own an iPod, iPhone and MacBook, the iPad may just be one device too many.

“It’s not worth it if you already have a smartphone and a laptop,” says technology megablog Mashable.

The iPad is simply one more device in Apple’s array of options for consumers to stay connected to the internet. Apple wants to make sure it has the right-sized device for everyone and every occasion, so we can all live the iLife 24/7.

What can financial institutions use iPads for?

Peter Glyman, co-founder of Geezeo, is “very excited about the iPad as a delivery channel for financial institutions.” He’s optimistic that iPad’s touch-screen technology will have a big impact on online banking platforms.

“Imagine using the mutitouch screen to move money between accounts, or live video chat with customer service from your couch,” Glyman says. “It’s going to create a very exciting user experience for online banking, no doubt.” 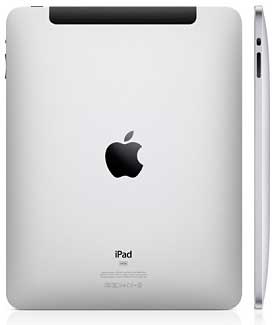 In branches, iPads could be used for paperless loan applications — a cool, high-tech solution that environmentally conscious financial institutions should consider.

Andy LaFlamme, Community Development Officer at MaPS Credit Union, thinks “it would be pretty cool to have staff use them to perform transactions in a café-style branch without teller stations.”

And financial planners across North America can’t wait to showcase their graphs and charts with iPad pizzazz when meeting with clients.

But what else is the iPad good for…? At this time, it seems like not much else. (But don’t be discouraged from coming up with your own ideas. If you have any you’d like to suggest, please feel free to leave a comment below.)

Key Questions: If Apple really believes people will adopt 3-5 of their products (and can afford them), which will people use for banking? Will they compartmentalize their usage habits — one device is for A and B, while another other device is preferred for Y and Z? Which device is the most likely to be used for banking most frequently?

While Apple’s latest gadget isn’t likely to be a game changer in the financial industry, the iPad signals an important digital trend financial marketers need to embrace. The iPad is clear evidence of how increasingly wired — and mobile — we are becoming. The day when consumers expect to be able to find/buy/do just about anything online is upon us. Just make sure your financial institution is prepared.

Bottom Line: Most financial institutions have more pressing technology concerns than worrying about how to respond to the iPad.

Any of these items should be prioritized over an iPad initiative.