A national survey of more than 600 U.S. adults across revealed a surprising disparity in what consumers want in a mobile banking app versus what they actually get from their banking provider. Americans increasingly want… nay, expect to be able to deposit checks and receive real-time notifications on account activity from their mobile banking apps. And yet that’s not what most get.

Brian Moore, financial services market manager for Varolii Corporation, the firm who commissioned the study, says their research proves most retail financial institutions are failing to deliver on consumer expectations with first- or even second-generation mobile banking apps.

Nearly two in three consumers believe it’s their bank’s responsibility to immediately alert them when they have a low balance or insufficient funds to pay a bill. 70% of consumers believe that in instances such as these, a banking app could have helped them avoid a financial problem like a costly overdraft or embarrassing bounced check. Nevertheless, some 68% say they have never been notified of a low balance or reminder to pay a bill.

And the younger consumers are, the more strongly they believe banks should be proactive with communications — 73% of those ages 18 to 24 think their financial institution should alert them immediately when they have a low balance or risk insufficient funds to pay a bill. 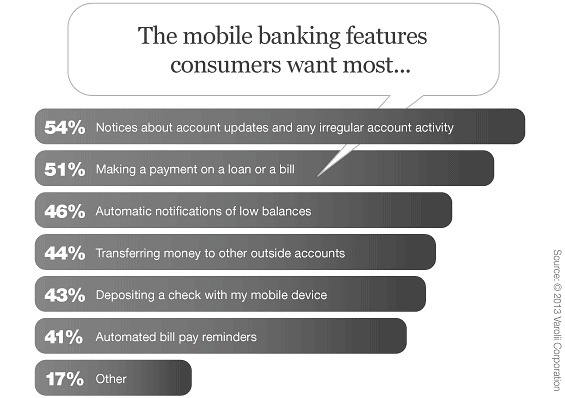 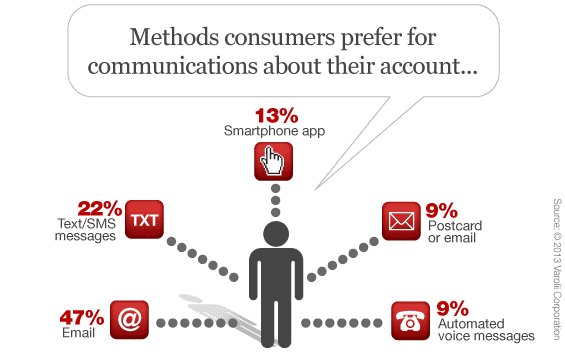 A report from Juniper Research puts the current number of worldwide mobile banking users at 590 million. Juniper estimates that by 2017, there will be 1 billion mobile phone users who will have used their mobile device for banking purposes.

Varolii says modern digital consumers see the obvious potential in banking apps, but what banks and credit unions have put forward so far has fallen short of expectations.

While the majority of smartphone and tablet users (52 percent) say they have downloaded their bank’s mobile application, some 8% no longer use it. Varolii calls this consumer “app-athy.”

According to Moore, financial institutions had better get their next rollout of mobile apps right. “Banking institutions have an opportunity to create third-generation mobile applications that can enable a more proactive role in their customers’ finances,” he notes.

“Mobile banking applications are on the rise and an ever-growing base of young consumers are using them and expecting more advanced capabilities,” adds David McCann, CEO at Varolii. “Today, institutions need to upgrade to the next level by embedding more proactive, rules-based outreach into their application code.”

But financial institutions can’t approach mobile as an isolated channel, cautions McCann at Varolii: “It is also important to realize that smartphone apps are just one more channel that has to be orchestrated into a holistic customer experience across voice, text, email and mobile devices.”

User education is critical Varolii cautions, particularly as new functionality is made available. You shouldn’t rely solely on application updates to promote your mobile banking enhancements. Be sure to feature them prominently on your website and in email communications.