Subscribe Now Get The Financial Brand's FREE Email Newsletter
Americans desperately need help saving money, and fintechs are stepping up with intuitive apps that make saving simple and automatic. As consumers now funnel billions of dollars into these apps, banks and credit unions that don’t join the crowd could be missing out on a big opportunity.

As of October 2019, the U.S. personal savings rate stood at 7.8%, according to the St. Louis Federal Reserve. And a survey by Bankrate found that 40% of Americans can’t come up with $1,000 to handle an unexpected emergency.

Fintechs, and a few innovative banks, are now answering the call with new apps that use artificial intelligence to analyze users’ accounts and automatically move small amounts of money into savings.

These apps are designed not only to make saving simple and easy, but also so painless that even cash-strapped consumers can build a little cash cushion. The idea is that withdrawals are just small enough so the user doesn’t feel pinched, and just big enough to improve their savings situation.

While the idea of stealthily swiping money from checking accounts sounds ridiculous in a traditional banking context, it makes sense in the age of AI, smart phones, and changed expectations of Millennial and Gen Z consumers.

In fact, many consumers like the concept.
Matt Wiley, a self-described “Bad Saver,” told the Penny Hoarder he saved a whopping $4,300 through Digit over the course of a few years. “It feels weird saying ‘I saved,’ because I really didn’t do anything,” he said.

And CNBC senior money reporter Kathleen Elkins said experimenting with Stash resulted in the “easiest” $300 she ever saved. “It was like finding money in my coat pocket,” she said.

A Chance to be a Consumer Hero

Consumers opened more than seven million accounts with fintech savings tools and saved nearly $5.6 billion in 2018, according to research by Q2 and Cornerstone Advisors.

Unlike banks’ personal financial management efforts which simply track finances, the real value of these apps is that they aim to improve users’ financial lives by help them save more, Ron Shevlin, Managing Director of Fintech Research at Cornerstone Advisors, wrote in a Forbes blog.

Realizing that the new basis of competition will not be rates and fees but the ability to improve financial health, some banks are starting to dip their toes in the water.

Fifth Third Bank acquired the Dobot savings app in early-2018, and Bank of Michigan began offering the Plinqit app in partnership with a fintech in August 2019 to increase customer engagement and acquisition. Chase’s Autosave enables customers using its mobile app to set up to 50 rules to guide automatic savings and Royal Bank of Canada’s NOMI Find & Save solution running on its mobile app automatically saves money using AI analysis. Bank of America was early into the automated savings space with its Keep the Change program, which funnels change from everyday purchases into a separate savings account.

At a time when consumers are begging for help, banks have a chance to be a hero and better their bottom line in the process. Automated savings apps not only enhance the customer experience but keep money in the bank that would have otherwise been spent.

Banks and credit unions that don’t take notice might be losing a big opportunity, said Bob Meara, senior banking analyst with Celent’s banking practice. While many banks fear losing out on overdraft fee revenues, the real loss may be the opportunity costs that result from conceding key components of customer value to fintechs, Meara said.

“Banks have done a good job safeguarding money and facilitating transactions but have failed to convince most customers they can improve their financial lives,” he said.

Here Are Some of the Top Savings Apps On the Market

Acorns
As of January 2019, Acorns had more than 4.5 million customers with $1.2 billion in assets under management. Acorns saves with periodic withdrawals or by rounding transactions up the nearest dollar amount moves funds into an investment account rather than a savings account. Acorns offers five simple portfolios that are structured from Vanguard and BlackRock ETFs and range from conservative to aggressive. It also has an IRA offering and a checking account, Acorns Spend, all linked.

Jennifer Barrett, Acorns Chief Education Officer, told [email protected] that the average user is 29 years old, college educated, carrying student debt, and earning about $50,000 per year. The real value of the platform is that it enables people get into saving and investing by starting small.

“Once you understand the mindset, you can make little nudges and people start changing their behavior without even realizing it. It’s fascinating,” she said. 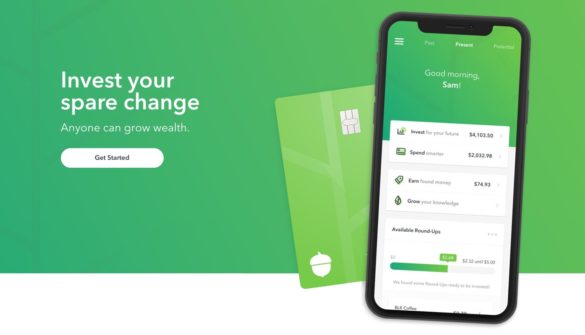 Chime
A mobile app-based bank founded in 2013, Chime enables consumers to automatically save a percentage of their deposits and to round up transactions to the next dollar. For every purchase or bill paid with the Chime Visa Debit Card, the transaction is rounded up to the neared dollar and the difference is transferred to the Automation Savings Account. Members have so far saved more than $72 million. 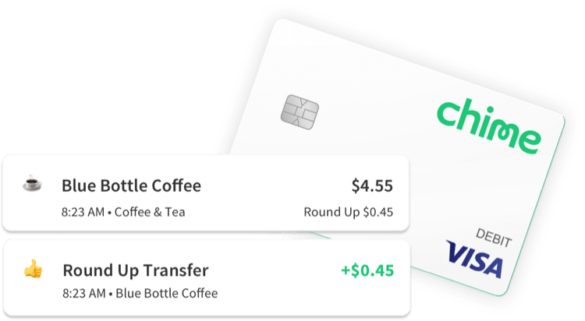 Digit
One of the first savings apps of its kind and hit the market in 2015, Digit uses a complex algorithm to analyze upcoming income and bills, checking balance, and recent spending patterns. Every few days it then calculates a “safe to save today” amount and moves it to the Digit account.

Users have saved more than $1 billion through the app since its inception. Digit charges a monthly fee of $2.99 and offers a 1% annualized savings bonus every three months. 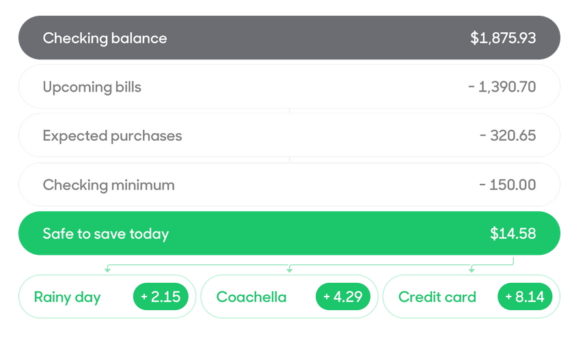 Dobot
The Dobot app was acquired by Fifth Third Bank in early-2018 and uses an algorithm to analyze checking account activity then transfer small amounts of money to a savings account at Fifth Third.

Dobot also has a gamification element. Each incoming dollar shows up on the app as a little green ball which the user can then juggle around and allocate to different savings goals. Andy Zurcher, President and Senior Product and Channel Manager at Fifth Third, told the Financial Brand the app is free and offers a better user experience. “It’s fun and engages people in a way that makes them feel empowered and confident,” he said. 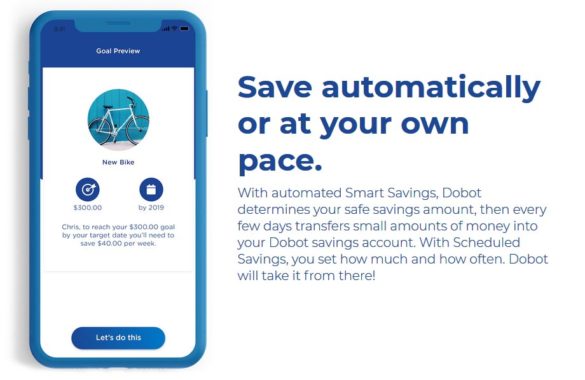 Plinqit
Described as a “brandable mobile-first platform,” the Plinqit app was created by HT Mobile Apps (HTMA), a Michigan-based fintech working with financial institutions. Bank Michigan launched Plinqit in August 2019 to improve financial literacy by rewarding customers with a savings bonus for watching educational videos or reading articles then taking a quiz. Richard C. Northrup, III, President and CEO of Bank Michigan said the app would not only help customers boost their savings and attain financial freedom but also help with “growth in our customer engagement and acquisition.” 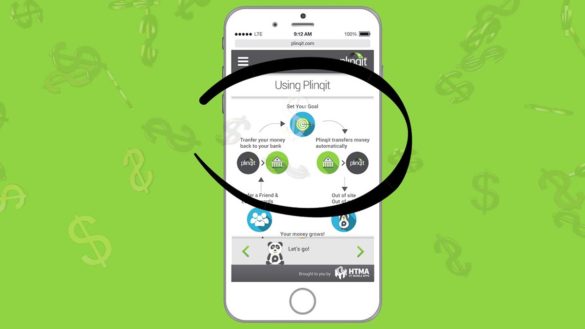 Qapital
Qapital helps consumers save money while minimizing impulse purchases through a series of customizable rules. For example, the “spend less” rule entices users to spend less than a certain amount then deposits the difference, while the “guilty pleasure” rule saves a percentage every time the user makes a purchase at a particular place.

Qapital Chairman Dan Ariely told Tearsheet the app helps users identify and move money automatically towards their goals. “When it comes to spending now, Qapital helps people visualize how much they are spending in accordance with how they want to spend,” he said. 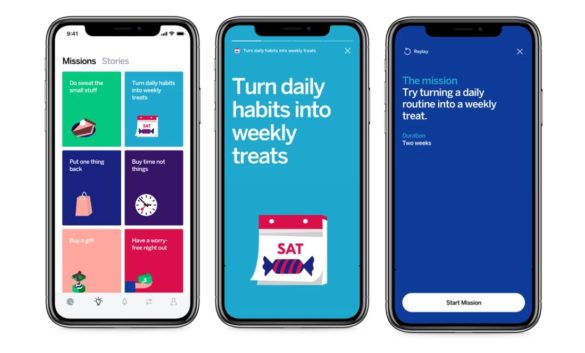 Stash
Similar to Acorns, Stash channels funds into an investment account rather than a basic savings account. It currently has three million users and approximately $530 million in assets under management.

Auto-Stash enables users to transfer money to their Stash investing accounts automatically on a schedule or by rounding up transactions from a linked checking account. There’s also Smart-Stash which analyzes transactions then automatically moves aside small amounts of money. Users can set a maximum transfer amount to ensure too much money doesn’t get withdrawn. 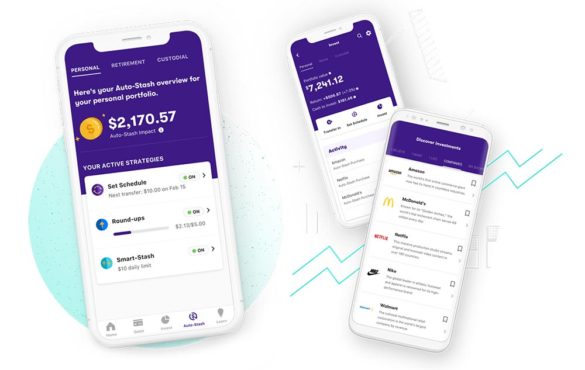 Varo Money
A high-yield savings account with two automated savings tools that save transaction roundups and a percentage of deposited funds is part of the Varo mobile banking app.

If the balance in the checking account gets too low, transfers are temporarily suspended. There is no fee for the service and consumers can turn it on or off at any time. Varo’s own survey found 79% of American adults agree that AI could help them better manage their finances with more than 40% saying it could help them save more. 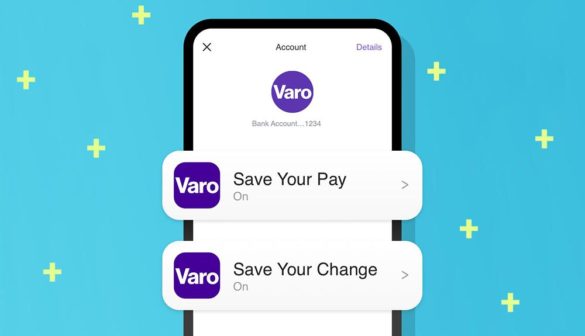