Subscribe Now Get The Financial Brand's FREE Email Newsletter
Despite the hype, mobile payment usage remains lackluster. Will newly announced partnerships and enhancements drive increased usage, or will acceptance require a major event such as a data breach?

The Fintech world and those that follow payments were definitely excited in October, when Apple Pay hit the market shortly after the launch of the iPhone 6 and 6 Plus. Many thought that the decision by Apple to support NFC would result in a rapid escalation of mobile payments, especially when combined with the previously announced integration of NFC capabilities within Android devices.

So, are mobile payments on the verge of becoming a mainstream alternative to carrying a wallet?

Reliable statistics on mobile wallet payments are difficult to ascertain. Neither the companies offering payment systems nor credit card issuers will disclose detailed data about usage. But most analysts agree that mobile devices are used for only a tiny percentage of U.S. retail transactions.

To put Apple Pay numbers in context, the iPhone 6 represented 14% of all iPhones in use in the US in April, with the iPhone 6 Plus representing 5% of the mobile market according to research conducted by Kanter Worldpanel.

Usage across all age demographics should be helped by a tremendous expansion of supporting banks (now numbered at 2,500) as well as integration of all major credit cards (Visa, MasterCard and American Express with the addition of Discover on the fall of 2015).

In comparison, only 7% of Android users surveyed by Kanter Worldpanel in the US in March said they used NFC/mobile payments. This is despite being in existence for a much longer time than ApplePay and having the majority of devices in the marketplace having NFC payment capabilities.

“With Google’s recent launch of Android Pay and Apple rumoured to be announcing some new incentive practices for Apple Pay at their developer conference next week, it’s clear we can expect more activity in this space,” says Kantar’s chief of research Carolina Milanesi.

Starting with a base of 220,000 merchants, Apple Pay quickly grew traction, expanding to more than 700,000 locations nationwide by March 2015 with expectations to reach 1 million U.S. locations by July according to Apple. Joining the growing list of merchants accepting Apple Pay are brands like Trader Joe’s, Dunkin Brands, Baskin Robbins, Walgreens, Macy’s and Bloomingdale’s as well as fast food franchises McDonalds and Panera Bread. Coca Cola also has committed to integrate Apple Pay into 100,000 vending machines.

Despite this announced success in signing up merchants, Reuters has found in a survey of 100 major U.S. retailers (based on the National Retail Federation’s top 100 list) that Apple may be struggling to sign up retailers.

While some of the country’s top merchants said they use and like the mobile payment system, fewer than a quarter of the retailers said they currently accept Apple Pay, and nearly two-thirds of the chains said categorically they would not be accepting it this year. Only four companies said they have plans to join the program in the next year, according to the Reuters research.

“The top reasons retailers cited for not accepting Apple Pay were insufficient customer demand, a lack of access to data generated in Apple Pay transactions and the cost of technology to facilitate the payments. Some merchants said they were holding out because they plan to participate in a new mobile payment system to be launched by a coalition of retailers later this year,” the report stated.

Interviews done by Reuters with retailers suggest that Apple has relied on aggressive marketing to recruit participants. “They have been pushing hard and it’s been that way for months,” said the representative of one large retailer that has no plans to accept Apple Pay. “They have called and tried to persuade us even after we communicated our decision to them.” The company hasn’t adopted Apple Pay, he said, because not even a ‘small percentage’ of its customers have asked for it.

Questions Regarding Value of Mobile vs. Plastic

According to Reuters, many companies that accept Apple Pay report that they and their customers are happy with it. Whole Foods spokesman Michael Silverman said that Apple Pay transactions accounted for 2% of its sales dollars as of March and that it expects use to rise.

But for most retailers and consumers, the question still remains, “what is in it for us if we use/accept mobile payments?” In addition, for many of the retailers surveyed by Reuters, lack of access to data about customers and their buying habits is a key reason they don’t accept Apple Pay. “One of the biggest concerns is data control,” said Mario De Armas, senior director, international payments at the world’s largest retailer, Wal-Mart Stores Inc.

The cost to merchants of accepting a mobile wallet is highly variable depending on what technology is already in place. Mobile payments also require back-end systems that can be costly, especially for a large retail chain accepting multiple types of mobile payment systems.

“As long as the retailer is upgrading to the new payment terminals, which are enabled with contactless payment technology, there is very little additional cost to accept Apple Pay,” said Ian Drysdale, Executive Vice-President at payment processor Elavon, which works with Apple.

The biggest hurdle may be moving mobile payments from the ‘novelty’ stage to being habitual. A survey released in March by InfoScout and PYMNTS.com of more than 1,000 iPhone6 users found that while 15% of them had tried the payment system, only 6% said they continued to use it.

As part of the annual WWDC developer event, Apple announced many improvements and additions to the Apple Pay platform, including support for retail store cards, an international expansion plan and a shift from the old Passbook app to an expanded ‘Wallet’ concept. But will any of these enhancements have a measurable impact on Apple Pay or overall mobile payment usage?

Some of the biggest enhancements include: 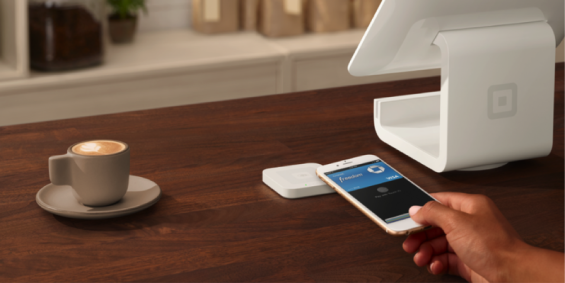 Apple Pay will be also be offered in the United Kingdom in July, where it will be initially accepted at 250,000 locations and support nearly 70% of current credit cards. London’s transportation system will also accept Apple Pay, supporting ‘habitual’ use.

The Potential Benefit of Security Concerns

While fragmentation across mobile payments systems and slow implementation on the part of retailers are likely not helping the situation, a majority of US adult internet users surveyed said they were hesitating about mobile payments because of security – not because they couldn’t use their favorite app on their favorite phone to pay at their favorite retailer. And just under half indicated that privacy worries were also holding them back.

According to Deloitte, the core advantage with any contactless smartphone transactions is the potential for greater security, when payments are made with phones featuring either built-in (via hardware or software) or SIM-based tokenization capability. When someone pays using an NFC-device, the tokenization facility creates a unique code (known as a token) which is sent from the device to the merchant’s NFC-enabled till. The credit card number is not transferred which means in the event of a breach, only card information used in traditional transactions would be exposed.

Using a fingerprint, an eye scan or a heart rate sensor as an additional form of authentication makes the payment more secure still. The combination of biometric authentication, an embedded secure element and tokenization may provide more robust security than card swipes or chip and PIN.

If/when the next major data breach occurs, the benefits of these enhanced security features will be highlighted, presumably driving significant changes of behavior from plastic to mobile transactions. Some analysts predict 2015 will be the first year all the pieces — including a larger base of NFC-enabled devices and terminals, and growing consumer acceptance — come together to take mobile currency mainstream.

“In the medium term, the impact of contactless mobile is wide: it provides the opportunity to deliver new customer experiences such as displaying special offers in store to NFC based devices, it may catalyze the removal of point of sales systems for merchants. And NFC may become incorporated into a wider range of devices beyond phones,” states Deloitte.

According to futurist Brett King, CEO and founder of Moven, “Mobile payments could represent more than 30% of payment transactions as early as 2018, surpassing card usage”.