Additional customer-centric features incorporated into the online bank’s latest expansion include mobile bill pay and fund transfers to and from external banking institutions.

This is the bank’s second major generation of its mobile banking app. You can see how Ally presents the revamped mobile line-up to customers on the bank’s website. You can check out the app in the Apple iTunes store. 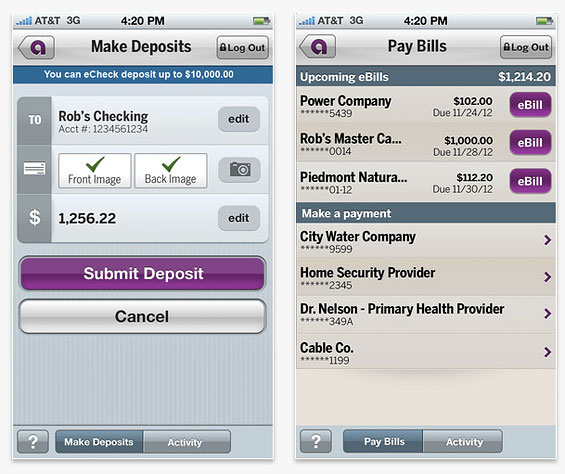 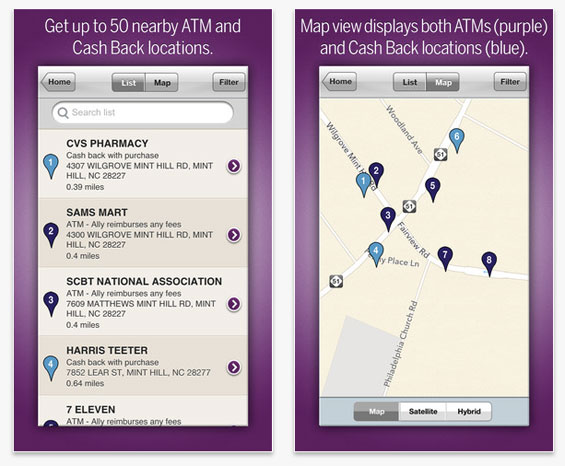 Ally Bank has a separate app for locating ATMs and cash-back locations — free to the general public.

The expansion reflects the pressures facing branchless financial institutions. It’s extremely challenging operating as a deposits-only retail bank when there are no physical deposit-taking facilities for customers, so adding remote deposit capture was non-negotiable for Ally. Indeed it’s surprising they didn’t roll it out sooner. Prior to introducing mobile deposits, customers were required to send their endorsed checks and deposit slips through the mail. For the last three and a half years, Ally and their customers managed through it.

All of the new mobile banking additions Ally has rolled out will help them shore up their position as a feature-rich online bank. Now that Ally’s chief rival — ING Direct — has sold out to a megabank, the playing field is level — at least from a branding perspective. The distinction between Ally Bank and Capital One 360 (ne ING Direct) will largely boil down to tangibles like mobile banking features. Consumers scrutiny of which bank is currently offering what features will likely intensify. In that regard, the timing of Ally’s mobile banking upgrade couldn’t have come at a better time.

The original suite of services Ally offered as part of its mobile banking experience include the ability to check balances, search transaction history, transfer money between Ally accounts, and view current wait times in the call center.

A one-minute video introduction to Ally’s new suite of mobile banking features, although it isn’t much more than an animated list of bullet points.

“Customers are looking for the easiest ways to access and manage their money. We’ve listened closely, and Ally Mobile Banking’s enhanced functionality now meets both their wants and needs” said Diane Morais, deposits and product innovation executive, Ally Bank. “Within the first six months of the initial Ally Mobile Banking rollout, we saw more than 167,000 app downloads and we anticipate even greater adoption with our second release.”

Within the next five years, the number of U.S. mobile banking users is expected to double, reaching 46% of U.S. bank account holders, according to Forrester Research Inc’s “The State of Mobile Banking 2012” report. Currently, Synergistics Research Corporation reports that one-third of those handling financial activities on their phones regard it as their primary method.