Subscribe Now Get The Financial Brand's FREE Email Newsletter
Consumers expect mobile banking apps to enable them to do every financial task — when they have a need. Smart players are adding more features to their apps, but which ones should they focus on? New consumer research identifies seven essential features and five other differentiators.

How much functionality can you stuff into a mobile banking app? Is there any upper limit past which the app becomes hopelessly complicated, like a Swiss Army Knife with too many blades and gadgets?

If there is, banks and credit unions and even fintechs aren’t anywhere close to it, according to Peter Wannemacher, Principal Analyst at Forrester.

“The upper limit for how much functionality can exist within a mobile banking app is far higher and much bigger than most banking executives realize,” says Wannemacher.

In fact, today’s consumers expect more features. U.S. bank customers made it clear in Forrester research that they now believe they should be able to accomplish any financial task from within a mobile device. Over half of the firm’s study sample feel this way. And among younger segments the feeling is even stronger — 71% of Millennials and 67% of Gen Z.

For about a decade, says Wannemacher in an interview with The Financial Brand, about half the banking industry crammed every feature they could think of into a “fat app,” even when it weakened user experience. The other half attempted to streamline their features, foregoing some functionality in the hopes — not always realized — of producing strong UX.

People won’t tolerate that split anymore, Wannemacher says. A handful of institutions deliver on both fronts, which means that it can be done.

One example is USAA.

“USAA arguably offers more functionality and features in their mobile banking app than any other retail financial provider in America, maybe even the world. And they manage to include all of it while still providing a pretty good to sometimes great user experience.”

USAA has company, though it’s a small and select group. “Bank of America, as well as some European institutions like CaixaBank and BBVA are among those who have demonstrated that you can have lots of features and still offer good, strong UX within mobile banking,” says Wannemacher. Leaders like these, he continues, “are ‘reading the room’,” and getting consumers’ message. He says that they also understand that “the customer won’t forgive you if you force them to go outside the app to accomplish a goal.”

In the interview Wannemacher drew on a Forrester report he and associates put together, “What’s Next in Mobile Banking: Seven Indispensable Features Coming to U.S. Banking Apps,” as well as on an upcoming companion report detailing more mobile banking features Forrester believes could help differentiate players from the pack.

Many consumers surveyed by Forrester see a sameness among banking apps. Institutions that want to pull ahead must introduce features that differentiate their mobile banking apps.

Here are Forrester’s seven must-have app features that should be adopted by 2025:

1. Subscription management tools. Americans subscribe to a mind-boggling array of goods and services, from shaving cream to streaming media to heated car seats. Through inertia or inattention people often pay month after month for services they no longer use. Some banks have adopted such tools and several independent apps also address this.

2. New ways to use rewards and points. Paying with rewards through your mobile banking app when making purchases is a fresh idea, and one that will likely grow in popularity as consumers try to squeeze their dollars during a downturn.

One example is Apple Cash, which lets Apple Card users spend their accumulated cashback rewards from within the Apple Pay wallet for basically anything.

3. Digital wallet integrations. Nearly half of its consumer sample told Forrester that ease of integration of their mobile app with digital wallets such as Apple Pay or PayPal would be useful. The report found that few banks include integration features in their apps, so that institutions that do so stand out. One example is Bank of America. 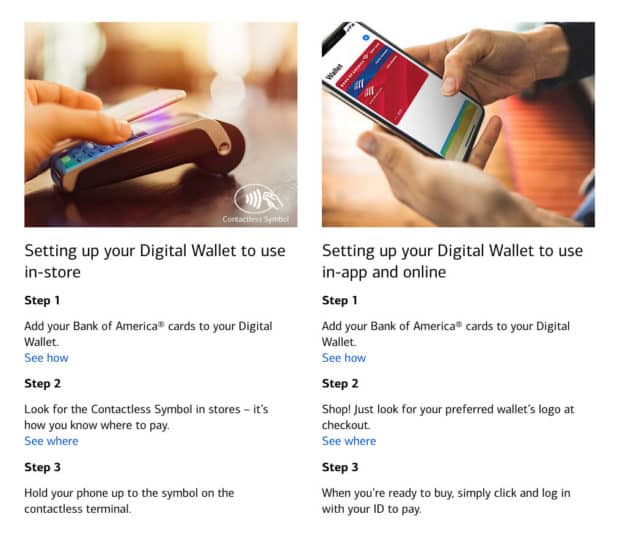 4. Account aggregation. Most Americans use multiple digital financial providers. “Customers are consequently hungry for services that help them view, monitor and manage their financial accounts across different providers,” the report states. About half of the Forrester sample favors having aggregation built into their mobile banking apps. The report notes that USAA, U.S. Bank and Chime already do so. The firm believes this feature will become a springboard to personalized financial advice.

5. Automatic savings. One in four Americans with bank accounts expect their financial institution to help them save. Some U.S. institutions have “roundup” functions built into their apps to facilitate savings. But one U.K. app the firm cites, Plum, offers customers an array of automated savings choices — even one option that makes “rainy day” transfers to savings on, you guessed it, rainy days. 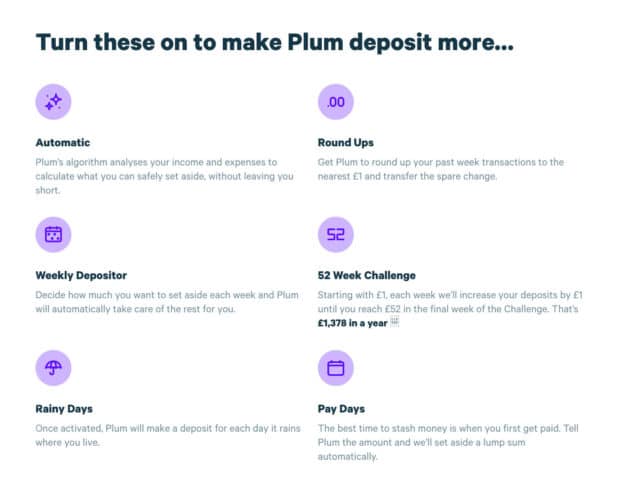 7. Instantly issued virtual cards. Who wants to wait for replacement cards to arrive by snail mail? Many customers would like the interim assistance of a virtual replacement provided through their mobile banking app — an option few institutions currently offer.

5 Other Features to Set Your Mobile Banking App Apart

Wannemacher shared most of the mobile banking features that will be covered in the firm’s upcoming report about services that could make apps stand out.

1. Debt reduction and credit building. In the past some institutions’ efforts have seemed like an afterthought. “In this economic environment it may have even more punch,” says Wannemacher. “More people will need it and it will have more effect on their engagement with your app.”

2. Budgeting. People have been using digital devices for budgeting for 25 years, says Wannemacher, but new capabilities will make this useful to more people.

3. Shared finances. The need for managing shared financial affairs, from roommates to married couples to elderly relatives is growing and open for innovation. “Right now fintechs are way out in front and banks need to step it up,” says Wannemacher.

A pioneer in this area worth examining is the Dave banking app. He says its flagship is a predictive algorithm that can project an individual’s cash flow, even if it is negative. He also sees potential in Dave’s built-in marketplace for side-hustle employment.

To a certain demographic subset — much but not all of it younger — green financial products are very important, Wannemacher notes.

“This could be a breakthrough differentiator for a few institutions, blending fintech and traditional financial services,” he says.

All told, that’s a dozen potentially new features Wannemacher and the Forrester team are recommending. Not every bank will have to develop these capabilities on their own or depend on their vendors to deliver the features.

Difficulties among fintech companies in the wake of the changing economy will create buying opportunities.

Most types of fintechs will look attractive to at least some banks that are shopping for acquisitions in this market. Some may be bought for their whole operations, while the appeal of others may lie in killer algorithms that address some problem banks haven’t licked.

Even if such acquisitions spike, Wannemacher doesn’t see a world where fintech stops being a driving force for innovation in financial services.

Related to the questions of how big an app can get and what must be included is the ambition in some circles for a financial app to become a “super app.” Is that where U.S. banks need to be headed?

“Banks absolutely do not need to become a super app that looks like Asian super apps to be successful in the U.S. and Canada, certainly not for the next two to three years,” says the analyst. An example of the type of super app he’s referring to is China’s WeBank, owned by internet giant Tencent.

Wannemacher draws a distinction between banks and their apps and the likes of PayPal, which is among the companies working to become a super app.

“PayPal wants to be the platform where people can do many different things — buying and accessing different products and services, beyond financial ones,” he explains. “But most banks don’t need to try to become one to succeed.”