In the 2010 Consumer Billing and Payment Trends report, Fiserv, a leading financial technology company, shares the results of its survey involving 3,029 internet consumers. The 2010 survey shows online banking, bill payment and e-bill usage continues to grow, and that the online bill payment population has changed over the last decade. Furthermore, the study confirms that online bill pay is both sticky and a strong correlating indicator of profitability.

“The face of online bill payment has changed significantly over the last decade,” said Geoff Knapp, vice president, Online Banking and Consumer Insights, Fiserv. “Early users were tech-savvy and tended to be young and male, as is typical with new technology. Now it’s moms and seniors and people at all income levels using the service. Online bill payment has become mainstream, and there’s still room to grow.” 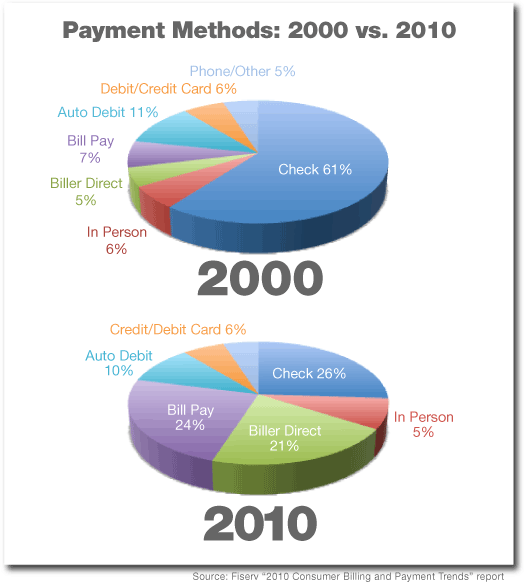 Consumers who pay bills online have consistently used more services from their financial institution than the average customer, with usage of additional services becoming even more pronounced in recent years. The connection between online bill payment and consumer loyalty has remained strong as well.