Subscribe Now Get The Financial Brand's FREE Email Newsletter
The banking industry's digital ambitions don't match consumers' digital perceptions. Two decades into the digital age and many consumers are still dialing their phones to talk to humans. A new study from Gartner reveals significant gaps when it comes to making digital experiences easy. To improve the experience, banking providers need to stress 'useful' over 'cool'. 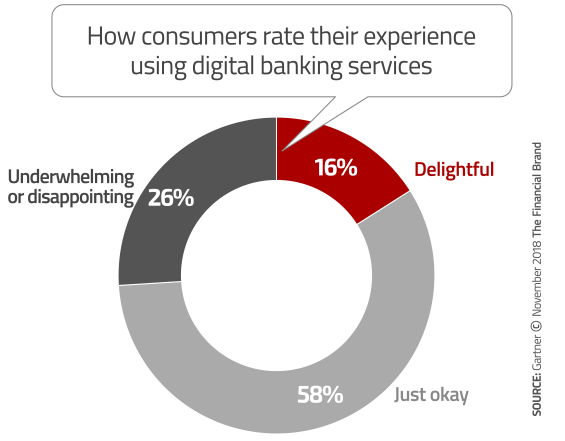 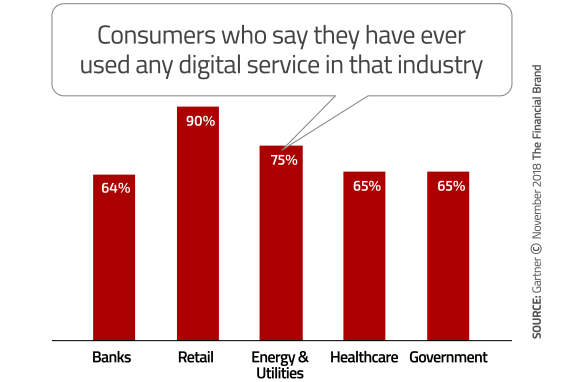 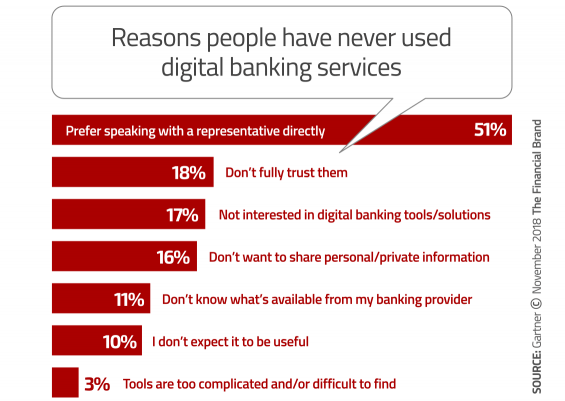