Subscribe Now Get The Financial Brand's FREE Email Newsletter
The big shift to digital channel use by consumers during the pandemic should have been the shining moment for direct banks like Schwab, Discover and Ally. But all saw declines in their satisfaction levels, even USAA. Rock-bottom rates were a big factor, but not the only factor — nor the most significant one. 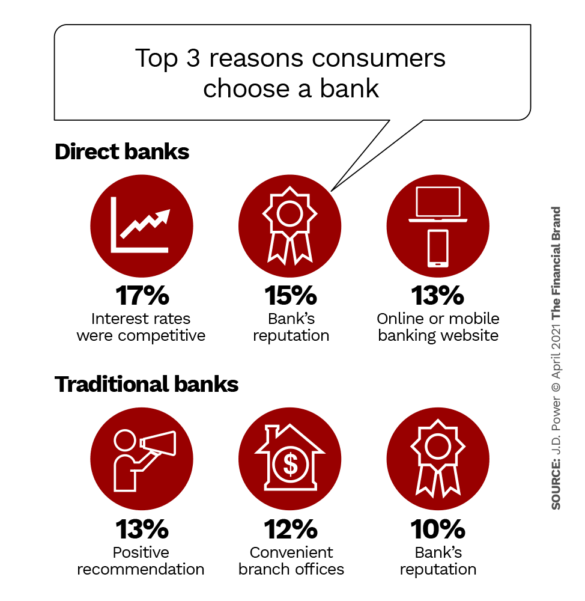 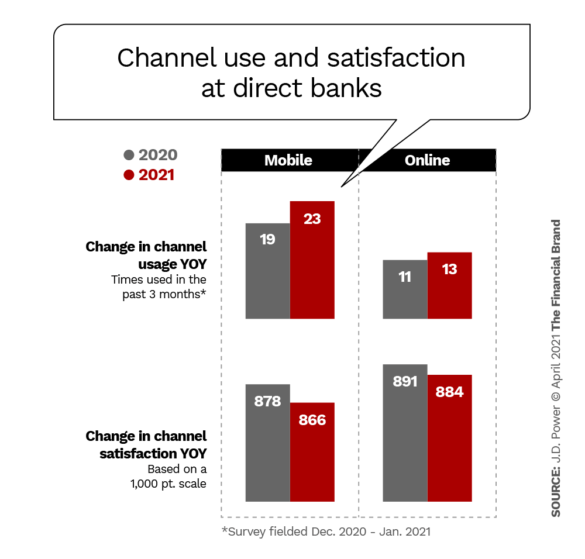 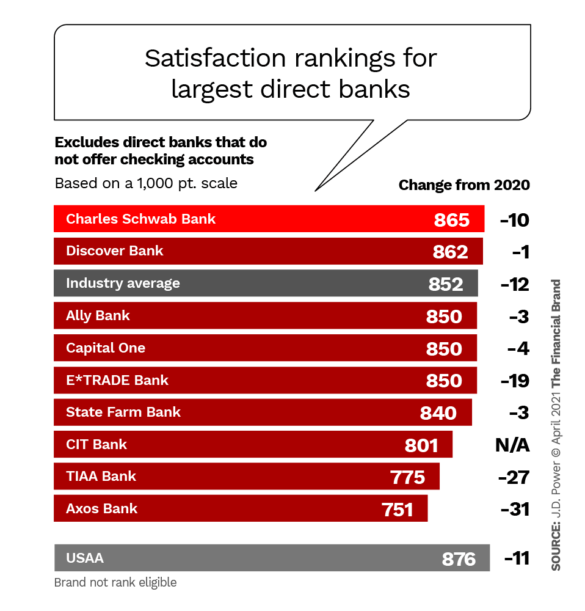