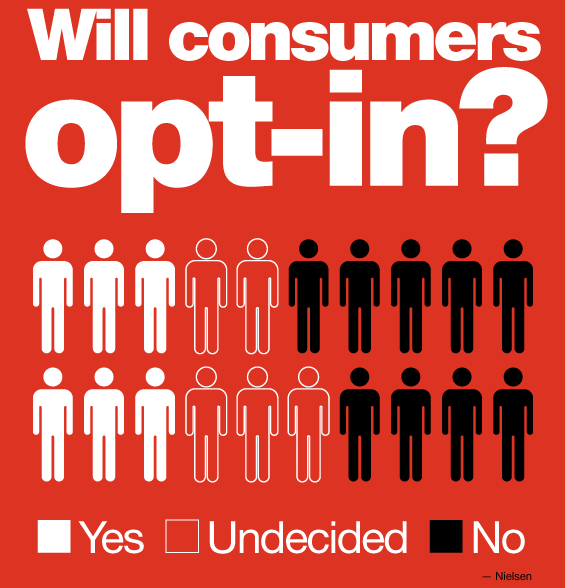 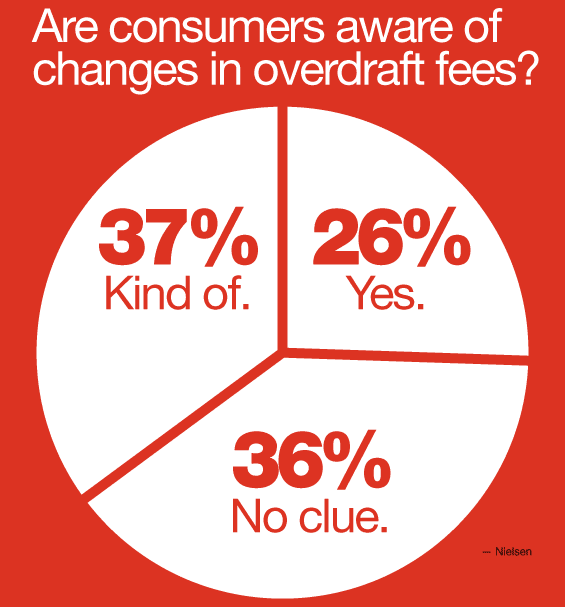 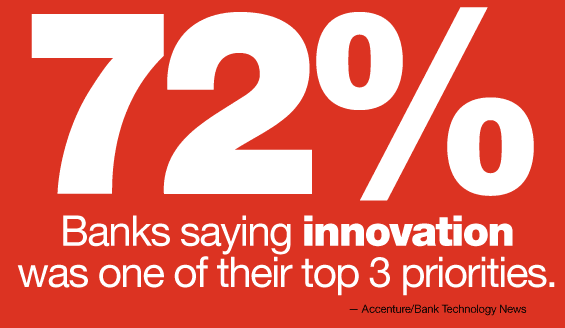 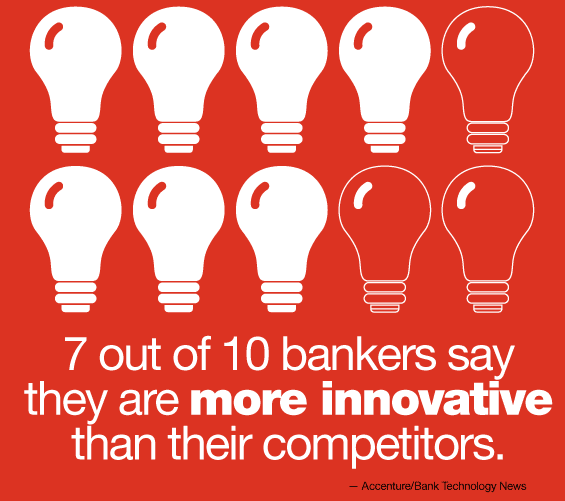 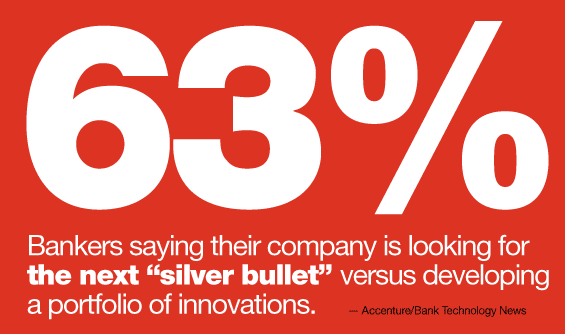 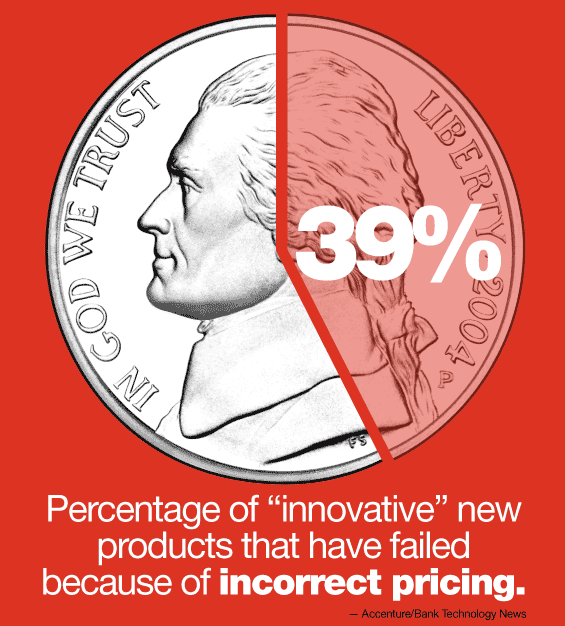 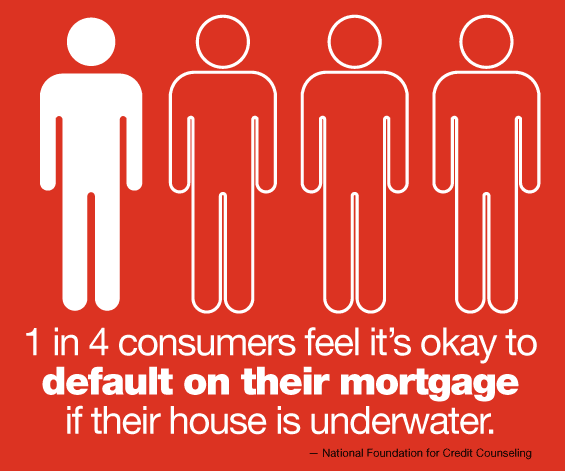 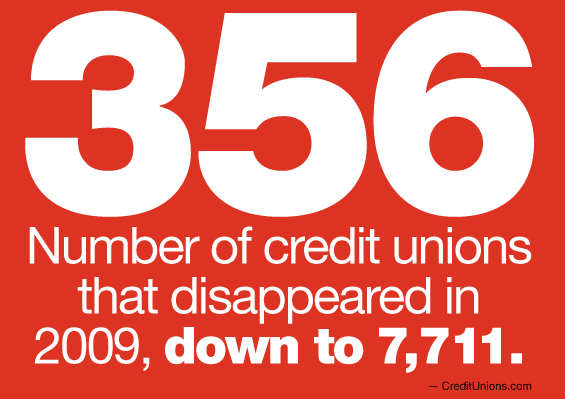 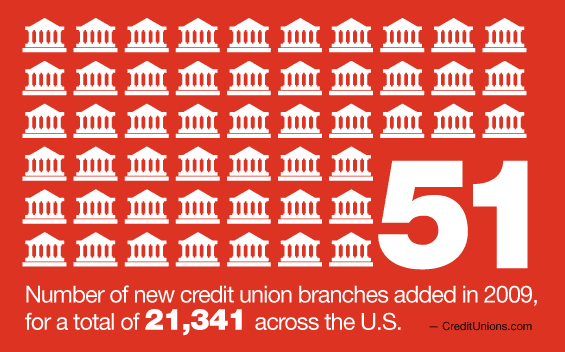 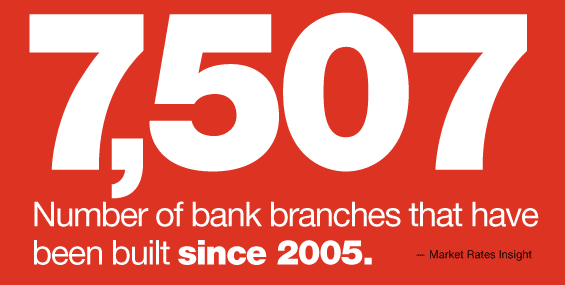 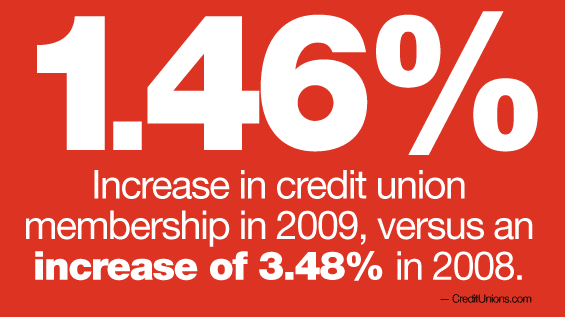 34%
Number of big bank customers who say they ‘definitely will not’ switch during the next 12 months.
— ABA Bank Marketing Magazine

356
Number of credit unions that disappeared in 2009
— CreditUnions.com

924
Number of banks that have disappeared since 2005.
— Market Rates Insight

7,507
Number of bank branches that have been built since 2005.
— Market Rates Insight

23%
Consumers who think it’s justifiable to default on a mortgage if their home is underwater.
— National Foundation for Credit Counseling

26%
Percentage of consumers saying they would opt in to an overdraft program.
22% would not and 39% were undecided.
— Nielsen

Only one-quarter (27%) of consumers claim to know all about the new regulations. Most have just heard a little (37%) or never heard of the changes (36%)
— Nielsen

70%
Bankers who said they were more innovative than their competitors.
— Accenture/Bank Technology News

72%
Banks saying that innovation was one of their top three priorities.
— Accenture/Bank Technology News

63%
Bankers saying their company is looking for the next “silver bullet” versus developing a portfolio of innovations.
— Accenture/Bank Technology News

39%
Percentage of “innovative” new products that have failed because of incorrect pricing.
— Accenture/Bank Technology News