Subscribe Now Get The Financial Brand's FREE Email Newsletter
A big global study compares the attitudes of banking consumers in 23 countries against those in the U.S.
Subscribe Now!

Consumers say they feel better about their finances than they have for some time, but this doesn’t mean they are any more interested in buying financial services. According to CEB’s Consumer Financial Monitor, a sprawling survey encompassing thousands of banking consumers around the world, this trend holds especially true in the US, the UK, and much of western Europe: consumers are feeling good, and they’d rather not think about money, banking or financial planning.

CEB says that typically the more positive people feel about their finances, the more likely they are to engage in financial planning activities. This includes things like maintaining a written budget, planning for future expenses, and using a financial advisor. In CEB’s research over the years, higher levels of consumer sentiment were once strongly correlated with how engaged consumers were in their financial lives. Not anymore. Consumers in developed markets are feeling better about their finances, even if they aren’t spending any extra time thinking about and managing their financial picture.

In fact, few consumers anywhere take a proactive approach in their financial lives. Less than one in three consumers say they engage in any kind of financial planning activity. More consumers in the Asia Pacific region proactively manage their finances than anywhere else: 34% say they either keep a written budget, plan for the long term, use a financial advisor or all the above. 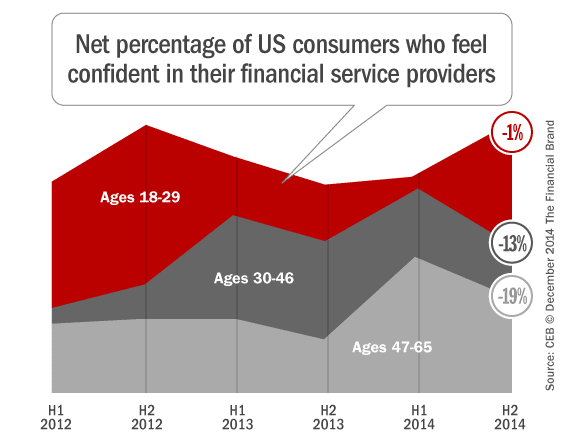 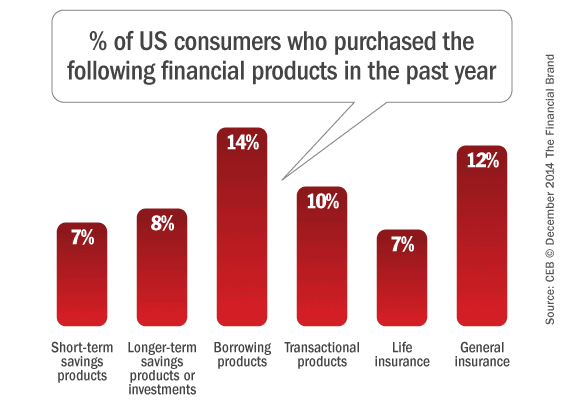 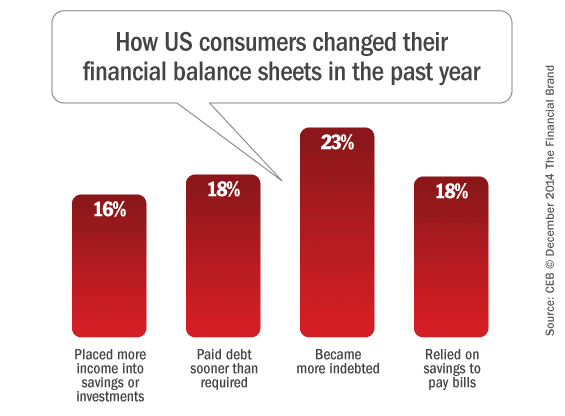 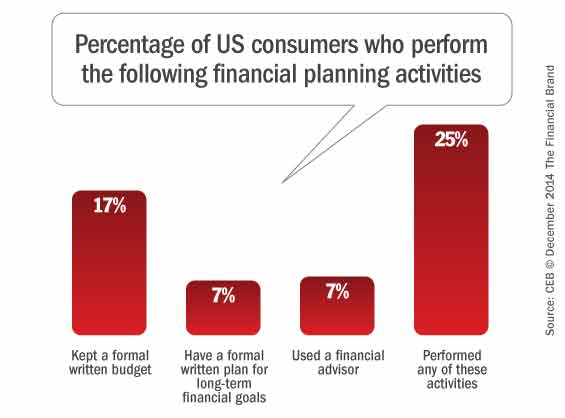 In an environment where consumers globally harbor a generally negative attitude about their financial services providers, CEB says consumers in the US and Canada are feeling better than others. In North America, there’s a continuing upward trend in overall financial sentiment, and specifically their feelings about consumers’ own personal finances.

North American consumers report that they have been as happy about their financial situation as they’ve been since 2011. What accounts for this increase? More North American consumers say they are making progress toward achieving their financial goals. An increase in savings and positive feelings about personal debt have also risen significantly in the last six months, no doubt fueling consumers’ more rosy perspective.

The recent rise in overall positive sentiment is driven largely by Millennials in the 18-29 age range. According to CEB’s data, they hold the most confidence in their financial providers.

Meanwhile… confidence is slipping among older consumers in two other segments: ages 30-46, and 47-65. Those in the 30-46 age group are net negative on their feelings about their personal finances, while their satisfaction with financial products trails other age groups by a significant margin. CEB says the negativity brewing in this group should concern financial institutions. Typically consumers ages 30-46 should be in the prime of their financial lives, experiencing one of the more active phases. But according to CEB’s data, the 30-46 year old age group is the least proactive about financial management.

Despite having a generally more optimistic view about their financial lives, consumers’ increased satisfaction has not translated to more confidence in financial institutions, at least not to a proportionate margin. CEB says banks must focus on building a holistic customer experience to benefit from these gradually improving conditions and build upon generally anemic levels of trust.

Globally, consumer sentiment and activity have remained steady compared to the first half of 2014. US consumers are more deleveraged and conservative than the rest of the world with regard to savings and credit use.

In the UK, consumer sentiment and satisfaction with services has surpassed the global average. Although European feelings about personal finances remain low, they have held steady in 2014 while sentiment dropped in the rest of the world.

Latin America has the least confidence of any region, with 44% more consumers saying they have little or no confidence in their financial providers than those who do.